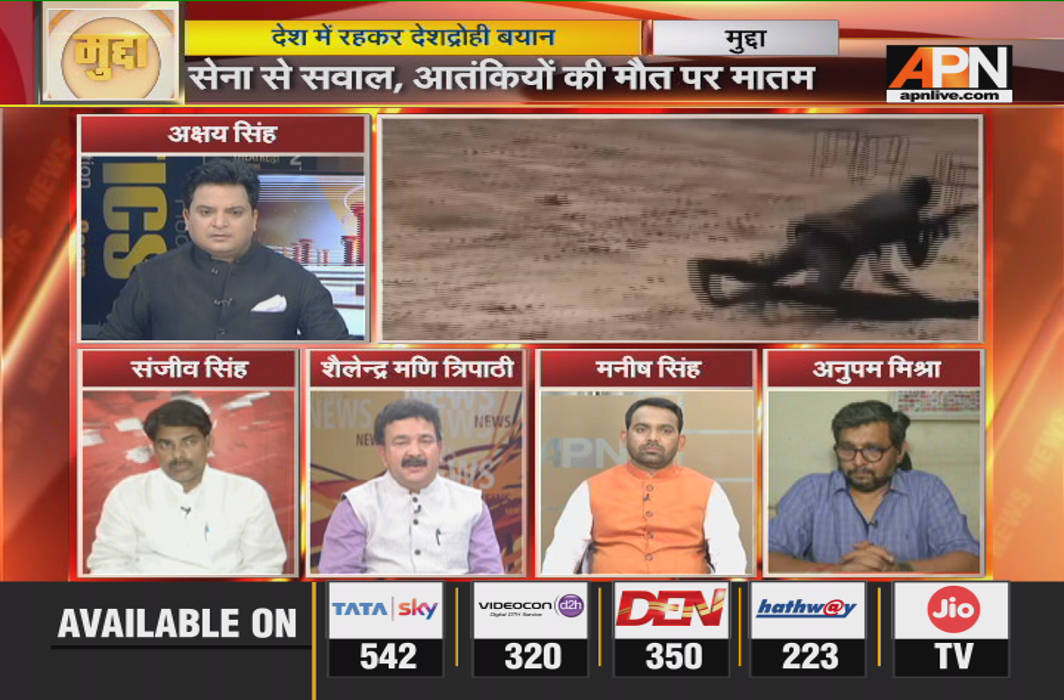 Mishra said: “Sometimes Farooq Abdullah talks secular, sometimes not. Farooq Abdullah, and his son Omar, don’t want their grip on Kashmir to loosen. Mufti Mohammad Sayeed also feels the same. Both families are determined at all costs to hold sway, and get into compromises with militants as well.”

Tripathi said: “Mostly Congress has been in power in the Valley. NC and PDP political families want to keep their hold. Both parties fear being eclipsed. The leaders keep twisting their statements. BJP is now trying to get stronger. It is expected the equations are likely to change now. Like in West Bengal, nationalist thought is taking root.  Leaders want to make statements that keep them in circulation. Ali Mohammad Sagar, in an interview, has blamed Congress for the mess in Kashmir. So this shows that the leaders in Kashmir are quick to change statements to keep the spotlight on to them.”

Manish Singh said: “Some parties are making sure that the dynasty remains strong. BJP is looking at the bigger picture. Even PDP is not looking at the national interest or the larger picture. Now we have a strong home minister, and see, how things will change in the Valley.”

Sanjeev Singh said: “How do anti-nationalist leaders manage to make inroads in the Valley? Vajpayee had said to win over Kashmiris, you have to focus on development.”

Mishra said: “Militancy rose from 1989 in the Valley. Mostly Congress has been in power in the Valley, and has got into all sorts of accords and compromises. Militants have been using times of peace to their advantage. There are people who wield the gun, and others who give them shelter.”

Raju said: “The Kashmir issue is complicated. You can’t judge it from just one statement. We can’t generalise the issues. The problems arose from Independence, and the compromise with the Raja of Kashmir. There has never been a holistic resolution. Let’s not discuss just one statement threadbare. NC is losing grip, Mehbooba Mufti has slipped away. Youth, particularly in Rajouri, are being led astray, into drugs and so on, by Pakistani elements. This should be stopped.”

Tripathi said: “With time, there is change culturally, socially and politically. Modi government has a huge mandate. Decisive moves are expected now.”

Raju said: “Now Amit Shah is going to the Valley, he will try to talk, and find some new way forward. There is renewed hope. “

Tripathi said: ”We are confident the centre will be able to take a wise decision.”