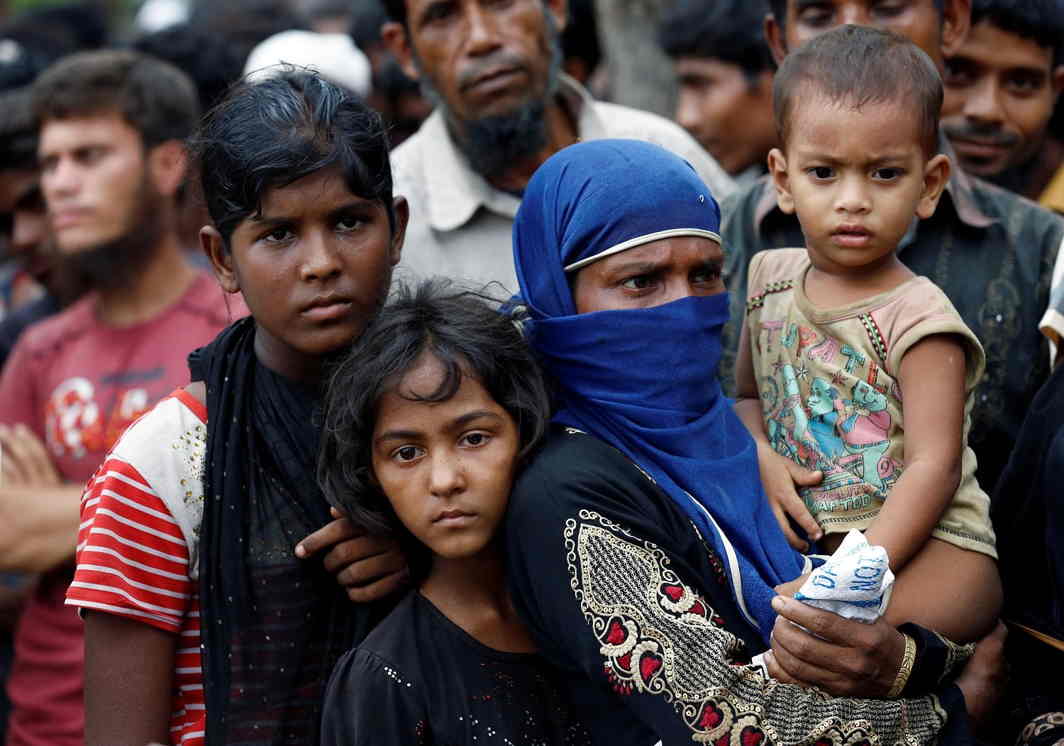 In a major embarrassment for the Union government which has been at the receiving end of global criticism for backing demands of deporting Rohingya Muslims back to Myanmar, it appears that an affidavit circulated in the media on Thursday which endorsed this view was only an “incomplete” document which was “inadvertently” sent by the Union law ministry to some lawyers.

On Friday, Union home minister Rajnath Singh was forced to clarify that the Centre will file its affidavit with the Supreme Court on the issue of Rohingya Muslim refugees in India on September 18. Singh’s clarification, however, came amid continued calls for deportation of Rohingya refugees from other members of Prime Minister Narendra Modi’s council of ministers.

Sources in the Union ministries of home affairs and law have told APN that the Centre is unlikely to change its purported stand that deporting Rohingya Muslims to Myanmar is “in national interest”. However, the language of the final affidavit is likely to be “minimally altered” keeping in mind the global reaction that India’s effort to banish refugees of the persecuted ethnic minority back to a country where their brethren are being mercilessly butchered by the Junta is likely to attract.

The “incomplete” affidavit that was, on Thursday, sent “inadvertently” to some lawyers who have petitioned the Supreme Court on the Rohingya issue had said that it had been “found by the Central Government that many of the Rohingyas figure in the suspected sinister designs of ISIS/other extremist groups who want to achieve their ulterior motives in India including that of flaring up communal and sectarian violence in sensitive areas of the country”.

The affidavit further said: “a fragile north-eastern corridor (of India) may become further destablised in case of stridency of Rohingya militancy, which the Central Government has found to be growing, is permitted to continue. There is also a serious potential and possibility of eruption of violence against Myanmar government/its diplomatic missions and also against Buddhists who are Indian citizens and who stay on Indian soil by the radicalised Rohingyas”.

Terming the Rohingyas as a “direct threat to national security”, the said affidavit had claimed that providing facilities and amenities to illegal immigrants out of existing national resources “would have a direct adverse impact on Indian citizens” and that “fundamental rights of Indian citizens would be seriously violated” if the refugees were allowed to stay in India.

The affidavit dated September 11 was signed by Ravi Sunder, Deputy Secretary in the Foreigners’ Division of the Ministry of Home Affairs.

However, as news spread of the government filing the said affidavit with the Supreme Court, the Central Agency Section (CAS) of the Union law ministry clarified late on Thursday night that the document was “incomplete”.

The clarification sent to lawyers who were representing two Rohingya petitioners in the Supreme Court has been signed by deputy government advocate BV Balram Das and says: “The CAS has served you a copy of the affidavit… by mistake. In fact, the affidavit was/is in the process of being finalised. Before the affidavit is finalised reflecting the stand of the Central government after consideration of all concerned departments, an unfinalised copy is served upon you inadvertently.”

While it was earlier claimed that the affidavit had also been filed with the Supreme Court to be presented before the Bench of Chief Justice Dipak Misra and Justices AM Khanwilkar and DY Chandrachud which is presiding over proceedings on a bunch of public interest litigations and intervener petitions over the Rohingya issue, the CAS has also clarified that the said document “is also not filed with the Registry of the Hon’ble Supreme Court”.

The Supreme Court is scheduled to hear, on Monday (Sept 18) a plea filed by two Rohingya immigrants, Mohammad Salimullah and Mohammad Shaqir, challenging the Indian government’s decision to deport illegal Rohingya Muslim immigrants back to Myanmar. The plea, filed by advocates Prashant Bhushan and Sayed Marzook Bafakhi on behalf of the two, claims that Salimullah and Shaqir had taken refuge in India after escaping from Myanmar due to widespread discrimination, violence and bloodshed against the community there.

Opposing the plea, former RSS ideologue KN Govindacharaya has also moved the apex court seeking to make him a party in the case filed by the two Rohingya Muslims. Govindacharya has opposed their plea saying they were “a burden” on the country’s resources and posed a serious threat to national security.