Home LATEST SPORTS NEWS “I was at this Championship just to announce to the world that... 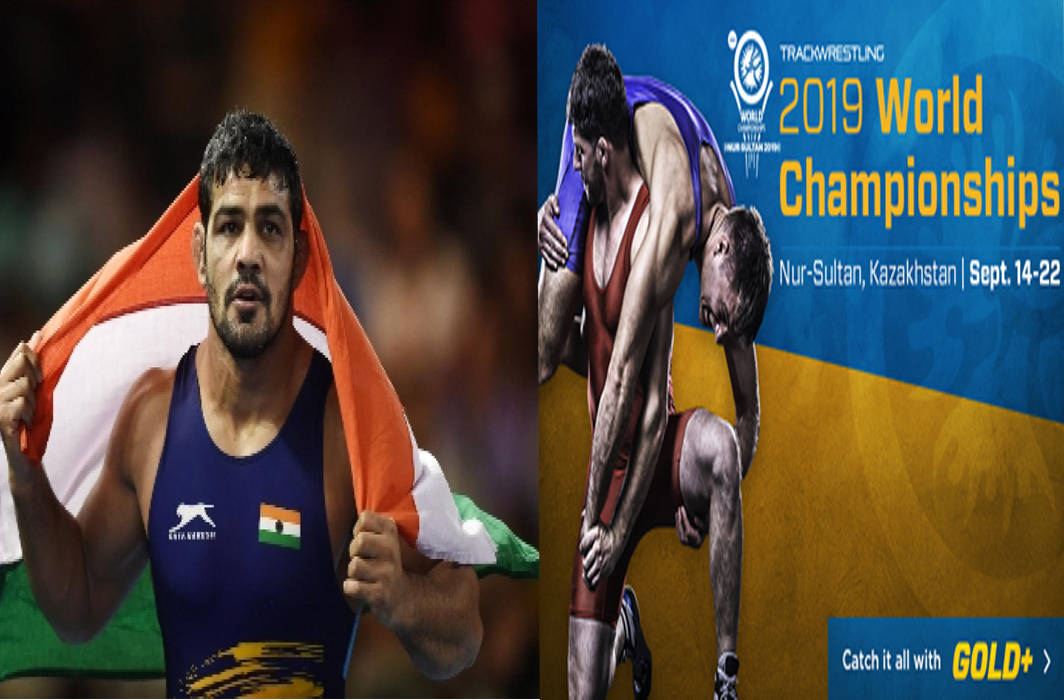 Veteran wrestler Sushil Kumar said he fought in the recently concluded Wrestling World Championships 2019 in Nur-Sultan, Kazakhstan to announce to the world that he is getting back.

“I lost but I felt good on the mat. I was faster than Jakarta. I was at this Championship just to announce to the world that I am getting back. And even the foreign coaches around said, ‘you look like getting back’,” Sushil told PTI in an interview.

Though he won gold medals at the 2014 and 2018 editions of the Commonwealth Games, he struggled at the Jakarta Asian Games leading to questions on whether he was good enough to go any further at 36. He did fight better this time than the Jakarta Games but nonetheless exited after a first-round defeat in the 74kg category.

He did show glimpses of the raw talent that made him an Olympic legend, the only one from India with two individual medals, when he twice troubled Azerbaijan’s Khadzhimurad Gadhiyev with four-point throws.

Two-time Olympic medalist said he is on a 90-day training programme with Russian coach Kamal Malikov to get back to his best and win a Tokyo Olympic quota for India.

“I lack in stamina and defence as of now. My coach Malikov had said he wants 90 day-training to put me back in shape. It’s about 50 days as of now. I had put on weight and I had slowed down too,” he said.

“But today, I have lost weight, I have become faster. The body is in competition mode. My coach says I am better from what I was two years ago,” he said.

“He is technically, a very sound coach. Every aspect was looked into before finalizing the contract with him. He is respected in Russia,” he said about his coach.

Sushil Kumar also said his coach Malikov has urged him to fight more often even as he shied away from competing regularly. Notably, Sushil has competed in only 7 tournaments over the last 7 years.

“I thought, I should play only bigger tournaments but the coach said no, I have to be in competition every month or in every 45 days to have enough mat-time,” he explained.

Asked on why he was not competing for years, he said, “Honestly, I did not feel like competing but people who are close to me said, even If I have 10-20 percent of wrestling left in me, I should not quit. So I decided to train and qualify for the Olympics. I will try to qualify from the Asian event next year.”

Sushil said while the years of experience behind him make him technically sound, his training methods have changed as he is not young anymore.

“As you age, you have to change. I can’t put myself to rigours after a certain age. You can’t break your body. I still love wrestling, so still here,” he said.

“I am doing everything but not going the whole hog. I have to do everything. I have to run, I have to be on the mat, in the gym, do some power training. The coach makes my schedule. And when it’s competition, its different training,” he said.

Expressing his love for wrestling and support from loved ones as the main reason for his comeback, Sushil said, “I still love wrestling. I have the support of my family and my Guru Mahabali Satpal ji. He says, ‘even if you have a 10 percent of wrestling left in you, you must not leave the mat’.”

“In 2009 I was close to World Championship title, in 2003 I missed it by a very close margin. The world champions lose and the Olympic champions also lose,” he pointed out.

“I lost in Belarus and at the World Championship but I am analysing. I have learnt to digest defeats. If I win I don’t become arrogant and If I lose, I don’t lose heart.”

Sushil returned to the World Championships after eight years and found that a lot has changed in the Indian wrestling.

“There are a lot of people helping our boys. It was not the case before. Tata Motors, the WFI, JSW, OGQ, they all are doing their bit.

“If you will compare the India team and the USA team, you notice we too have a very good support staff. We have personal foreign coaches attached with the wrestlers.

“There are physios, doctors travelling with the team all the time. This is a big change in last 8 years and it only good for the sport,” he said.