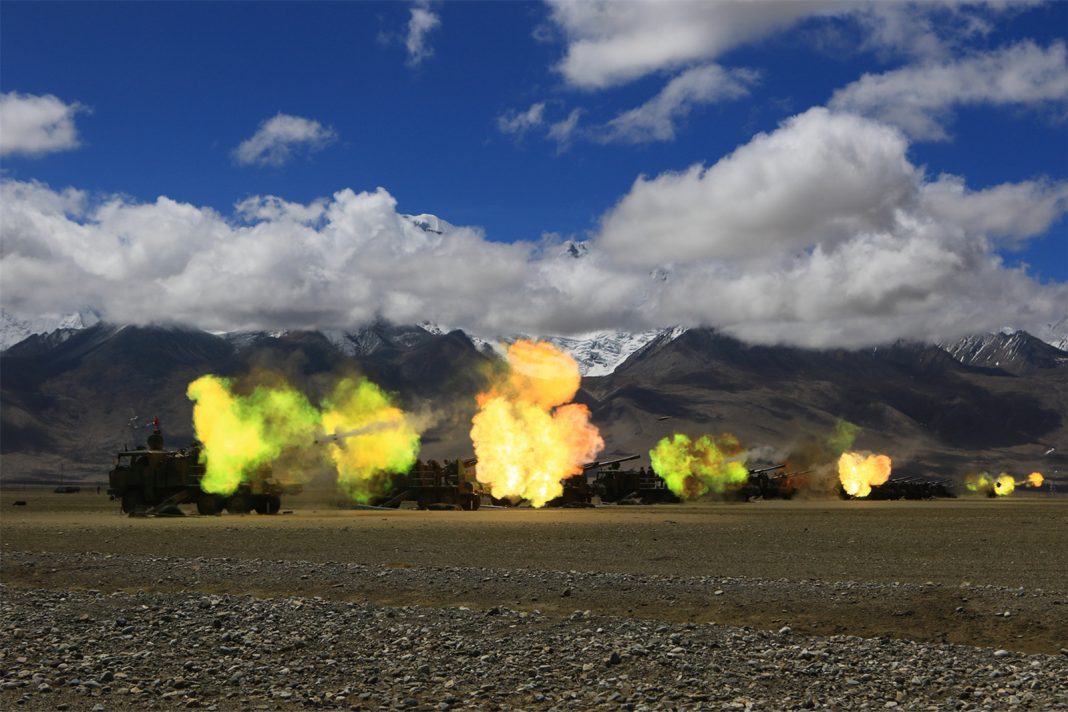 Amid the on-going standoff between India and China at Doklam on the India-China-Bhutan tri-junction, the Chinese army has conducted live-fire exercises in Tibet.

The state-run China Central Television (CCTV) reported on Friday that People’s Liberation Army (PLA) conducted live-fire exercises in Tibet. It did not mention the exact timing of the drills.

The brigade that conducted the drills was from the PLA’s Tibet Military Command and is one of China’s two plateau mountain brigades, the Global Times reported Monday. The PLA Tibet command guards the Line of Actual Control (LAC) of the India-China border along several sections connecting the mountainous Tibetan region.

According to the CCTV report, the brigade has long been stationed around the middle and lower reaches of the Brahmaputra (Yarlung Zangbo in Chinese) River which flows into India and Bangladesh and is responsible for frontline combat missions.

Separately, Tibet’s mobile communication agency conducted a drill on July 10 in Lhasa, capital of Tibet, where members of the agency practiced setting up a temporary mobile network to secure communications in an emergency.

China and India have been engaged in a standoff in the Dokalm area in the Sikkim sector, where Indian troops stopped road construction by Chinese soldiers on June 16. China has been demanding an immediate pull-out of the Indian troops from the disputed Doklam plateau.

Doka La is the Indian name for the region which Bhutan recognises as Doklam, while China claims it as part of its Donglang region.