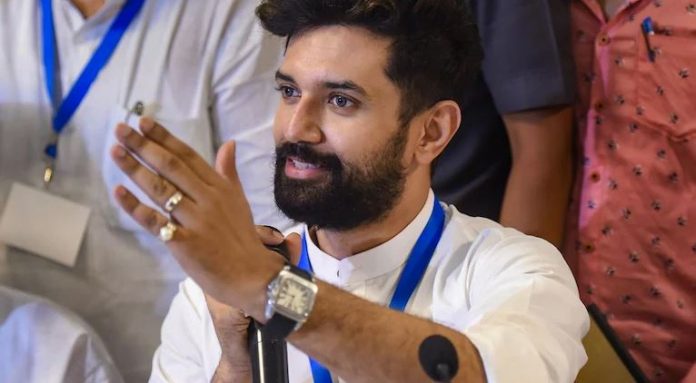 Speaking to NDTV.com on Monday, Paswan also accused Nitish Kumar of trying to split the party by dividing the Paswan community – a subsection of Dalits that form six percent of Bihar. Paswan referred to the creation of the Mahadalit sub-group in 2006.

If you see the political journey then it is clear… he has been splitting the Lok Janshakti Party since February 2005, when 27 were elected on our ticket. Subsequently, he kept on splitting our legislature party in Bihar, Chirag Paswan told NDTV.com.

See how he treated Dalits within his own party, including the unceremonious way Jitan Ram Manjhi has thrown out of power. I will expose the true face of Nitish Kumar and inform Dalits across the country, especially in Bihar, during my roadshow, which will be across all Assembly constituencies, Paswan added.

A few days ago, five out of Lok Janshakti Party six MPs in the Lok Sabha revolted against party chief Chirag Paswan and met speaker Om Birla with a letter. This development comes months after over 200 party leaders switched camps to JD(U).

The seeds of the revolt against Paswan were sown when he decided to break away from the BJP-led National Democratic Alliance (NDA) in the November during Bihar election and focused his energies on defeating ally Nitish Kumar.

While the LJP won just one assembly seat out of Bihar’s 243, the party cost Nitish Kumar’s Janata Dal United (JDU) at least 32 seats. For Nitish Kumar, it meant a vastly diminished status in the NDA with the BJP emerging as the dominant partner.