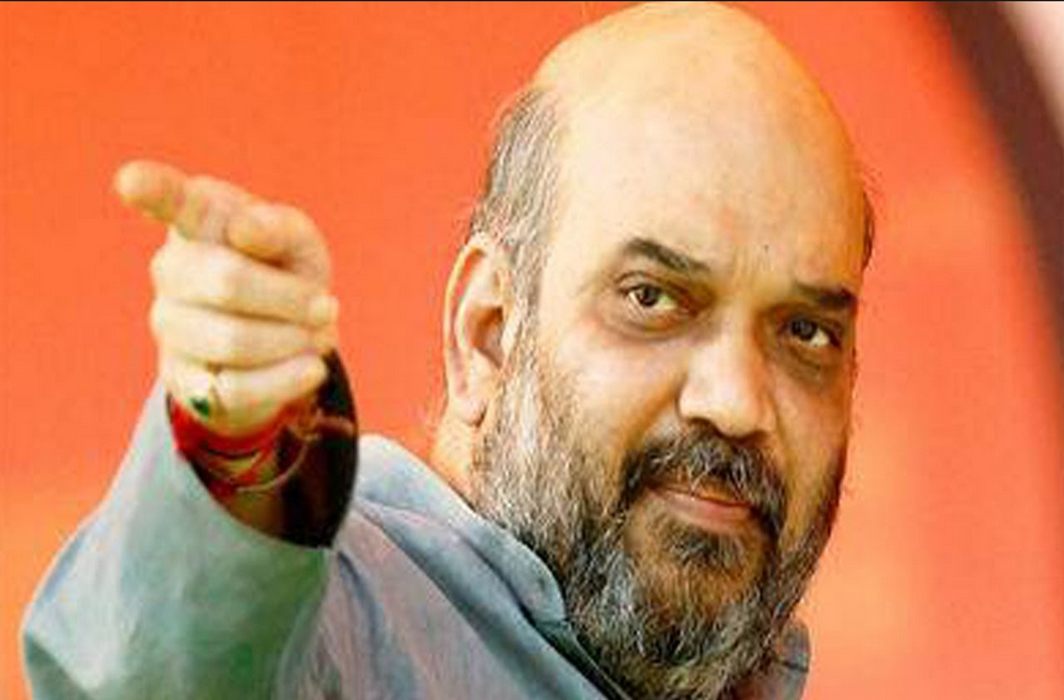 BJP president Amit Shah on Monday, May 21, said the Karnataka elections had given a mandate against the Congress and the BJP had emerged as the single largest party way ahead of others with 104 seats, but the Congress-JD(S) formed an “unholy alliance” to subvert the mandate.

“The Congress crossed all limits in Karnataka elections. JD(S) formed an alliance with Congress against the people’s mandate. This is an ‘unholy alliance’,” he said while addressing a press conference at BJP headquarters in New Delhi.

He said the electoral verdict was a clear rejection of Congress rule and justified BJP’s bid to form the government in Karnataka. “The mandate given by people of Karnataka was against Congress. There was no confusion about it. If we had not staked claim to form govt, it would have been against the mandate of Karnataka’s people,” Shah said.

Shah also asked the Congress to explain to the people of Karnataka why they were celebrating even when most of their ministers had lost election.

“What are they celebrating for? Congress was reduced from 122 to 78 seats, most of their ministers lost their seats, even Siddaramaiah lost from one constituency and won by a narrow margin in the other. Similarly, why is JD(S) celebrating? For getting 37 seats?” he demanded.

“Only Congress and JD(S) are celebrating, people of Karnataka are not (celebrating),” he told reporters.

Taking a swipe at the rival party, Shah said Congress has found a new way of portraying defeat as its victory. “I hope this new definition of victory continues till 2019 as it will benefit the BJP in the Lok Sabha elections,” he said.

About charges of horse-trading leveled at the BJP by the Congress and JD(S), Shah said: “Humpe horse-trading ka aarop lagaya hai, lekin Congress ne poora ka poora astabal bech khaya hai (Congress has accused us of horse-trading, but they are the ones who have sold out the entire stable).”

“We never believe in horse-trading. Congress should answer what they did with MLAs by locking them in a five-star hotel,” he added.

Shah also dismissed the opposition’s argument that the Congress was not given the opportunity to form the government in Goa and Manipur despite emerging as the single largest party in both the states, saying the BJP formed government because it staked its claim first.

“The Manipur example is often being cited. I want to make it clear in Manipur we went first to stake claim to form government. Congress kept on taking time. In Goa and Manipur – both states Congress wasn’t the first party to stake claim. Governor invited BJP since we were the second largest party and claimed first,” Shah said.

Shah also claimed that the Congress lawyer lied in the Supreme Court that BJP leader B S Yeddyurappa had sought seven days time from the Governor to prove majority in the House. Shah also mocked the newly-formed alliance as already destabilised, claiming that is why MLAs are still closed in the hotel rooms.

In Karnataka, BJP emerged as the single-largest party in the Karnataka polls winning 104 seats, short of simple majority. The Congress, which finished second with 78 seats, moved swiftly to stitch an alliance with the 37-member JD(S) and they staked claim to form the government but were not invited by the governor.

The Governor invited BJP’s leader BS Yeddyurappa to form the government and he was sworn-in as CM. He, however, announced his resignation as CM ahead of a trust vote in the Karnataka assembly, paving the way for the Governor to call a JD(S)-Congress coalition led by former Chief Minister H D Kumaraswamy to form the new government in Karnataka.