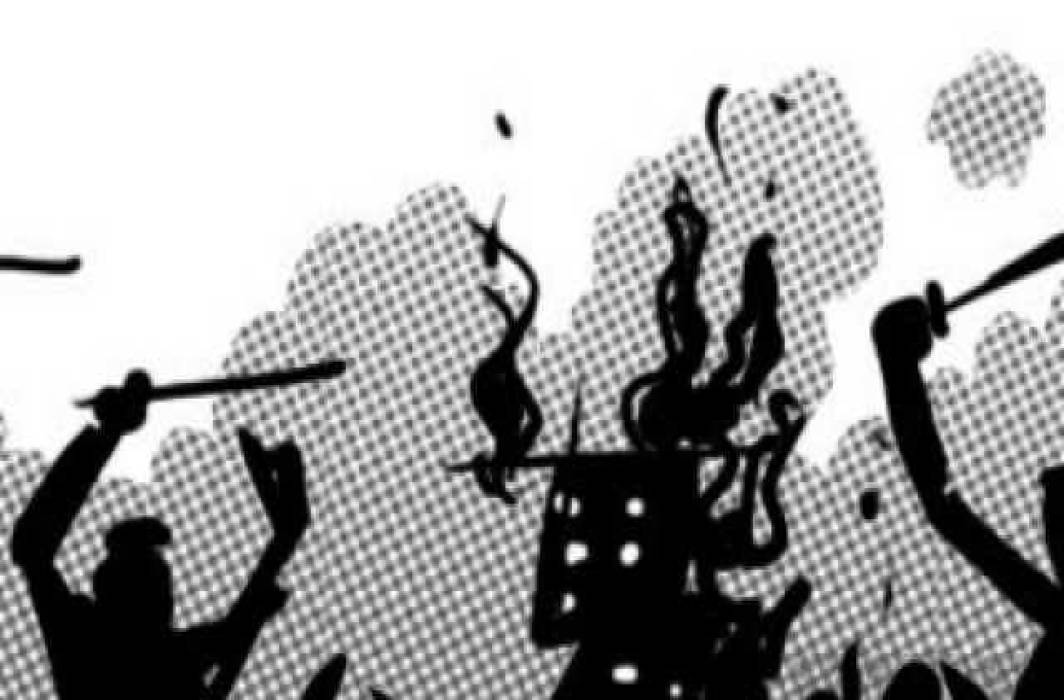 Two persons including a police inspector died in violence that flared up in Shyana area of Bulandshahr district in Uttar Pradesh during protests over alleged cow slaughter.

Media reports quoting a senior Uttar Pradesh police officer said the incident took place around a little before 11 noon. The officer said some people had earlier complained about a case of cow slaughter in the forested area near the village. “On this information, the police and executive magistrate reached the spot,” the officer was quoted as saying.

But for some reason, the people started getting agitated over the lack of what they perceived was inadequate police action and started loading the remnants of the animals in their tractors.

The officer, Inspector Subodh Kumar Singh, was killed in firing when the mob, throwing stones, took on the police who had arrived to restore law and order. Another policeman, a constable, is in a serious condition.

While the situation is tense, a heavy police force has been deployed in the area to restore peace.

A Special Investigation Team has been formed to investigate the cow slaughter and the mob violence, reported NDTV. Security has been bolstered in the area with five companies of Rapid Action Force and six companies of Provincial Armed Constabulary.

“One police inspector has been killed and police is being mobilised to Bulandshahr after clashes in the area,” Civil Lines (Aligarh) police official told indianexpress.com. The killed police officer has been identified as Inspector Subodh Verma, who was injured in the attack and was declared brought dead in the hospital.

According to the District Magistrate, protests in the area began after people found the alleged carcass of a cow in the field and blocked a road in the area. Upon receiving the information the police reached the spot and tried to get the roads open when some unwanted elements started pelting stones and attacked the police party. During the protest, police opened fire to scatter the crowd following which the mob attacked the police station. The mob vandalised the station while setting arson to police vehicles.

As the situation worsened, District Magistrate and Senior police officials visited the spot. “One policeman died in stone pelting from villagers, later a local Sumit also got shot and was shifted to a hospital in Meerut where he succumbed to injuries. Probe is underway to find out who shot him,” ADG, Law and Order said.

There were posts on social media claiming that Inspector Singh was shot.

The violence coincides with a major three-day Islamic congregation that’s taking place in the district. The police say they are trying to divert vehicles from the area to ease tensions.

The news follows reports highlighting communal harmony between Hindus and Muslims, seen in opening up a Shiv Mandir to let Muslims offer namaz. There were several celebratory messages and reports about this and tweets like this were seen on social media: “Namaz in Shiv temple Premises. Bulandshahr Hindu Samaj sets an example by allowing Muslims to perform Namaz in Hindu temple as large gathering of Community gathered for Tablighi Ijtima in town”

This apparently did not suit some elements and the present problem was likely a result of this. There were attempts to further inflame communal passions, with posts on social media linking it to a Muslim program of Ijtema and Bulandshahr police had to ask people to desist from spreading hateful propaganda.