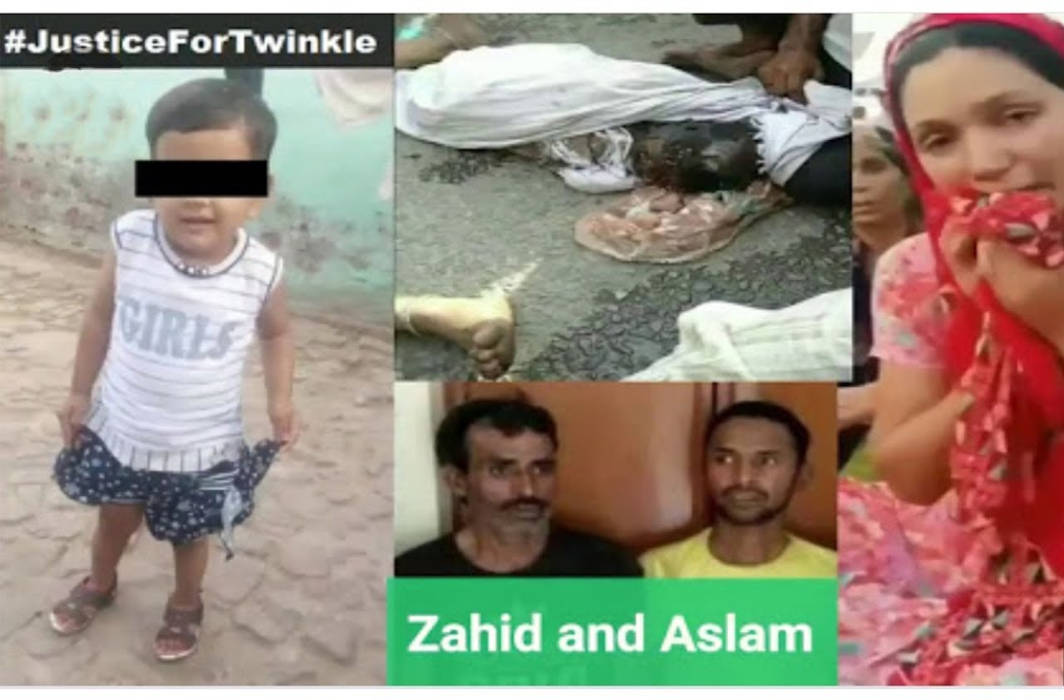 A day after police arrested two people accused of brutally murdering the girl, the lawyers’ association in the city has made it clear that no advocate will appear in court for the accused.

Anoop Kaushik,General Secretary, Aligarh Bar Association: We stand with the family of 2.5-year-old girl who was murdered in Tappal & no advocate will appear in Court for the accused. Advocate from outside will not be allowed to fight the case. We will fight for the child. pic.twitter.com/cwuiaQvwbz

Speaking to news agency ANI, Anoop Kaushik, General Secretary, Aligarh Bar Association, said, “We stand with the family of a 2.5-year-old girl who was murdered in Tappal and no advocate will appear in court for the accused. An advocate from outside will not be allowed to fight the case. We will fight for the child.”

A special investigation team comprising of six members have been formed to submit a report on the matter within 3 weeks.

The National Security Act was imposed against the two arrested on Friday. One of the men accused in the child murder case had raped his own daughter five years ago and had been out on bail, police said.

On Friday, Anand Kumar, Additional Director General, Law and Order, said: “The entire society has been saddened by the crime. A Special Investigation Team, headed by SP Rural, has been formed. A team of experts, the circle officer and members of the forensic team are part of it. We will transfer the case to a fast-track court for speedy justice.”

Five policemen, including the Station House Officer, have been suspended for alleged lapses in investigation and an inquiry has been set up.

A massive outrage followed after the discovery of the minor’s decomposed body on June 2 from Tappal town in Aligarh; many popular figures including actors and politicians condemned the incident and asked for the harshest punishment possible for the perpetrators.