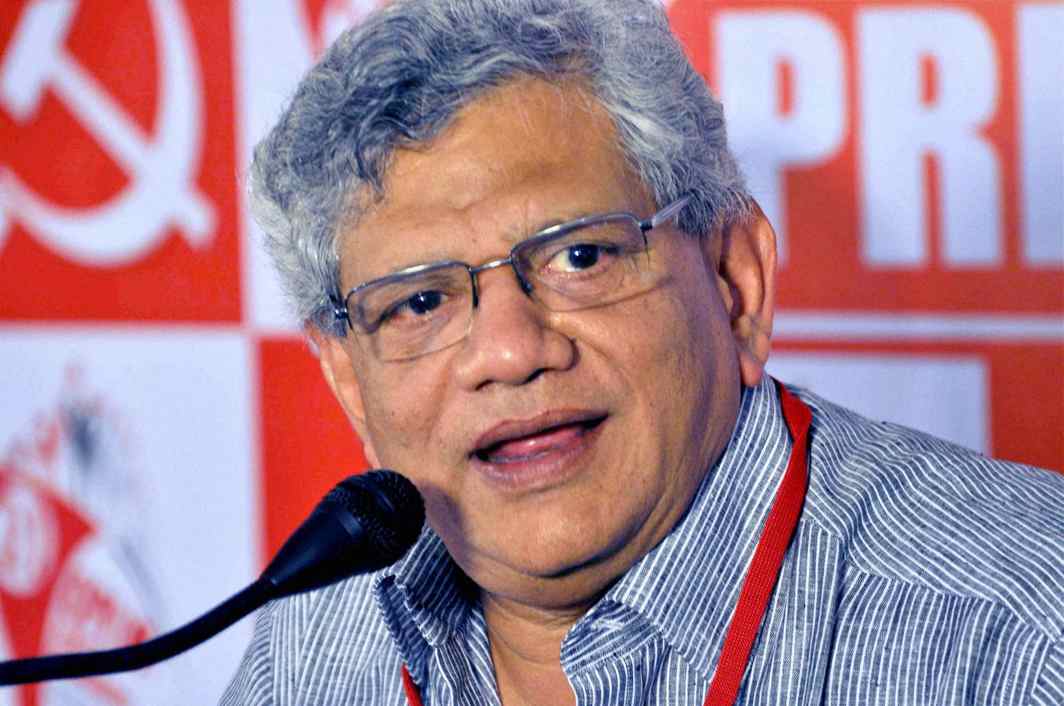 Struggling for political survival, Bengal and Kerala factions of the party fail to rise above their internal squabbles

On Tuesday, after a prolonged debate among its senior leadership at the two-day-long Central Committee meeting of the Communist Party of India (Marxist), Sitaram Yechury – who is also the party’s chief and the Left Front’s most prolific and cogent speaker in Parliament – was denied a third re-nomination to the Rajya Sabha.

Sources within the senior CPM leadership confirmed that it was the Kerala faction of the party – led by chief minister Pinarayi Vijayan and with the backing of former party general secretary Prakash Karat – that queered the pitch for Yechury’s re-entry to the Upper House. Former Kerala chief minister, VS Achuthanandan, who in April 2015 was instrumental in getting Yechury elected as the party chief despite opposition from the Kerala faction, too could not help defeat the Vijayan-Karat lobby this time.

To be fair, Yechury had himself never officially demanded a third term. On the contrary, he had made it clear that he would not violate the party’s norm of not giving any member more than two terms in the Rajya Sabha. But then, the Bengal faction of the party – which is known for its allegiance to Yechury and an equal contempt for the Karat-Kerala party axis – had for over two months been pressing for breaking with the party norm and re-nominating the general secretary to the Upper House, given the major challenges that the Left parties face today: from the Narendra Modi-led BJP at the Centre and the Mamata Banerjee-led Trinamool Congress in Bengal.

For a party that has for long had an internal discourse of political pragmatism and tactical decision-making, the denial of a Rajya Sabha berth to Yechury comes as arguably the third biggest political blunder in Left politics. The first being their collective decision of disallowing then West Bengal chief minister Jyoti Basu from becoming Prime Minister in 1996 of a broad anti-BJP coalition and then, a little over a decade later, under the leadership of Yechury’s predecessor, Prakash Karat, of withdrawing support to the Congress-led UPA-I government of Dr Manmohan Singh in the aftermath of the Indo-US Nuclear Deal.

At a time when the Left parties in general, and CPM in particular, are facing their most grave fight for survival, not allowing the combined Left Front’s most prolific and cogent orator – who enjoys the respect and admiration of parliamentarians cutting across party lines – to re-enter Rajya Sabha as an MP, is certain to cost the CPM-Left narrative very dear.

A senior party leader who also supported a third term for Yechury said: “those who opposed his nomination to the Rajya Sabha either do not realize the cost of their action or have knowingly put the party in a far more perilous political spot than breaking the 2-term norm would ever have”.

Another party leader explained: “The CPM today needs to have a leader who can not only put the party’s stand on crucial issues coherently on the floor of Parliament but also reach out to other like-minded parties to build a strong narrative to counter the BJP-NDA combine. Yechury is that man but unfortunately internal feuds and ambitions of a few leaders prevailed over pragmatism at the CC meet.”

It is widely known now that Vijayan categorically rejected the Bengal faction’s plea for giving Yechury a third term and rallied the Karat/Kerala faction against the proposal. In an interview to the Indian Express, even before the CC had taken its final decision, Vijayan gave two key reasons for not allowing Yechury to be re-nominated: first, that the party was averse to taking the Congress’ support in Bengal assembly to ensure Yechury’s victory in the RS poll due in August and second, that since Yechury is party general secretary he would not be able to give his full attention to the role if he continued to be a parliamentarian.

Vijayan’s rationale sounds more hypocritical than pragmatic, say those who supported a third term for Yechury. “It is known that in Kerala, Congress has been our principal political rival but then in Bengal we fought the last assembly polls in an alliance. In Parliament too, the Congress and Left parties have stood together on a wide array of issues to counter the Modi government. So this argument of not taking the Congress’ support for Yechury’s election is flawed to begin with. Secondly, Yechury has been the party chief and an MP for over two years and has discharged both roles with equal dedication so what has changed now?” said a senior CPM leader.

For the Left, the absence of Yechury from Rajya Sabha would no doubt come at a heavy price. The Congress, which was set to support Yechury in the RS polls, is not likely to support any other Left candidate from Bengal. It seems to have made and received positive overtures from Mamata Banerjee’s Trinamool Congress for nominating Meira Kumar – as a reward for standing in the Presidential polls against BJP nominee Ram Nath Kovind and losing with the lowest margin in nearly five decades – to Rajya Sabha from Bengal. The Left is set to not only lose its best speaker in Parliament but also a seat that it could have easily won if it had allowed Yechury to contest.

Indications from both Kerala and Bengal are that the BJP is on an upswing in both the states that have hitherto been the only surviving bastions of Left politics (though Bengal has been lost since Banerjee’s victory and the north-eastern state of Tripura sadly doesn’t give the CPM any political heft at a national level).