Last year on the occasion of DDLJ's 25th anniversary, the film was re-released in theatres in several countries across the world. 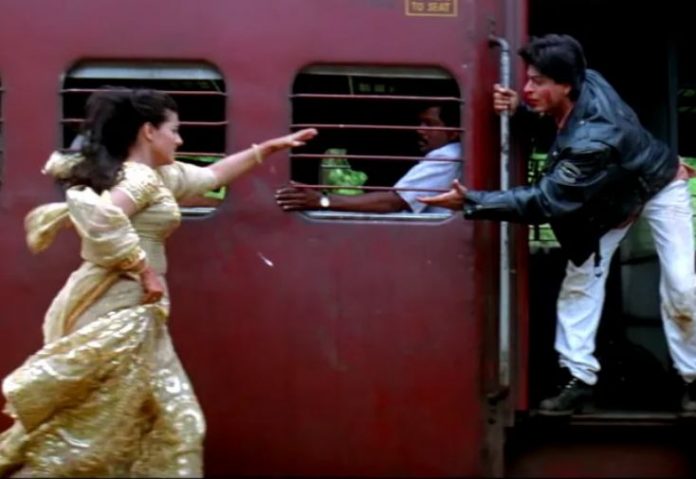 To celebrate this milestone, Kajol, who played the role of Simran in DDLJ, took to her social media to post a special moment of the movie in which she thanked everyone for showering the film with love. With hashtag #26YearsOfDDLJ, the actor posted a snippet featuring the iconic Jaa Simran Jaa dialogue from the film and wrote Simran caught the train 26 years back and we are still thanking everyone for all this love.

The clip shared on social media by Kajol shows Amrish Puri uttering the legendary dialogue, Ja Simran ja, jeelay apni zindagi, as Simran runs towards Shah Rukh Khan’s Raj, who is on board a train with his hands stretched towards her.

The movie was the directorial debut of filmmaker Aditya Chopra, who starred Kajol as Simran and Shah Rukh Khan as Raj in the lead roles, had become the longest-running film in Bollywood history. Apart from Shah Rukh and Kajol, the movie featured a range of talented actors including Amrish Puri, Farida Jalal, Anupam Kher, Satish Shah, Himani Shivpuri, Parmeet Sethi and Mandira Bedi.

Read Also: Habit song out: Sidharth Shukla-Shehnaaz Gill’s last song together will have you sobbing

Shah Rukh Khan, who is going through a turbulent time in his personal life, following the arrest of his son Aryan in a case involving a rave party, did not share any posts on the occasion.

Besides Shah Rukh Khan-Kajol’s romance chemistry as Raj and Simran, the film has become highly popular for its music which continues to be a hit with the masses even today.

On the occasion of its 25th anniversary, last year, the film was re-released in theatres in several countries across the world.