Delhi to ring in 2021 under curfew 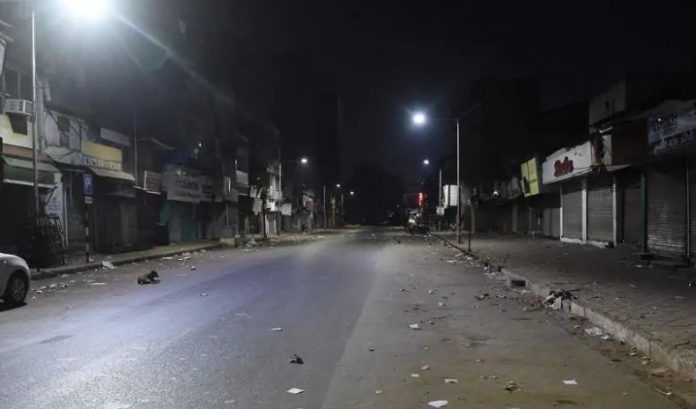 The Delhi Disaster Management Authority on Thursday issued an order imposing night curfews from 11pm till 6am on December 31 and January 1, restricting more than five people to gather at a public place. The Centre had asked the state to tone down the celebratory events after 20 cases of new mutant coronavirus strain were reported across the country.

Considering the threat posed by the mutant UK strain of coronavirus, a detailed assessment of the situation in the national capital has been made. After observing the local incidents of the pandemic in Delhi, it was apprehended that congregations, gatherings and public celebrations on New year’s eve pose threat of spread of virus, said the order issued by DDMA. The authority also said allowing celebrations may cause setback to the appreciable gains made in the suppression of chain of transmission of the virus in Delhi.

However, there will be no restrictions on intrastate and interstate movement of people and goods during the night curfew period, the government order said. The government has also directed all District Magistrates, DCPs and all authorities concerned to ensure strict compliance of the order.

The Union Home Ministry on Monday had directed the states to ensure strict vigil to check the spread of coronavirus. The Covid-19 active cases have been declining steadily in the country for the last three and half months. Considering the virus surge in Europe and America, it still requires maintaining comprehensive precaution and strict surveillance within our country, said the letter written to states.

Meanwhile, the new mutant strain was first detected in the United Kingdom in September. Thereafter, it has seen a massive surge in deadly virus infections in the last few weeks. On December 14, the UK authorities made it an official concern, calling the virus out of control, which led to a new wave of worldwide restrictions. Amid the fear over new coronavirus scare, several countries including India has suspended the flights to and from the UK.