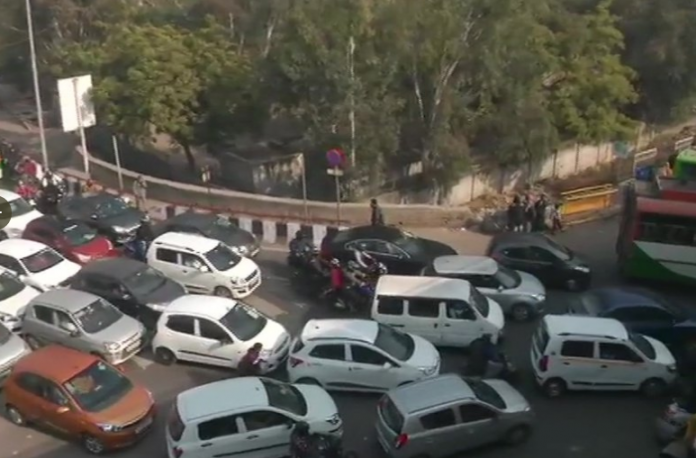 The Delhi traffic police on Saturday released a traffic advisory for the people commuting from Mathura road and Ring road as there is ongoing construction work of Ashram underpass going due to which the route from Ashram to Badarpur is damaged and is under repairs.

In the advisory, it was mentioned that due to the ongoing construction work of Ashram underpass road, Mathura Road from Ashram to Badarpur is damaged and is under repairs.

It was mentioned that only one lane is operational. The Delhi traffic police also said in order to avoid congestion, the commuters are advised to avoid this route.

Moreover, it was also mentioned that the commuters on Mathura road from Nizamuddin who are seeking to cross Ashram for Badarpur are advised to turn right and take Captain Gaur Marg-Modi Mill flyover for their onward journey.

In other news, Petrol and diesel prices on Saturday went all-time high across the nation as the rates were hiked yet again by 35 paise per litre. Now, it is another day of fuel prices proving that they are creepers as they are increasing with each passing day.

In the national capital, the prices of petrol and diesel were increased by 0.35 paise and the cost of petrol in the NCR region is Rs 107.24 per litre and the rate of diesel in Delhi is Rs 95.97 per litre.