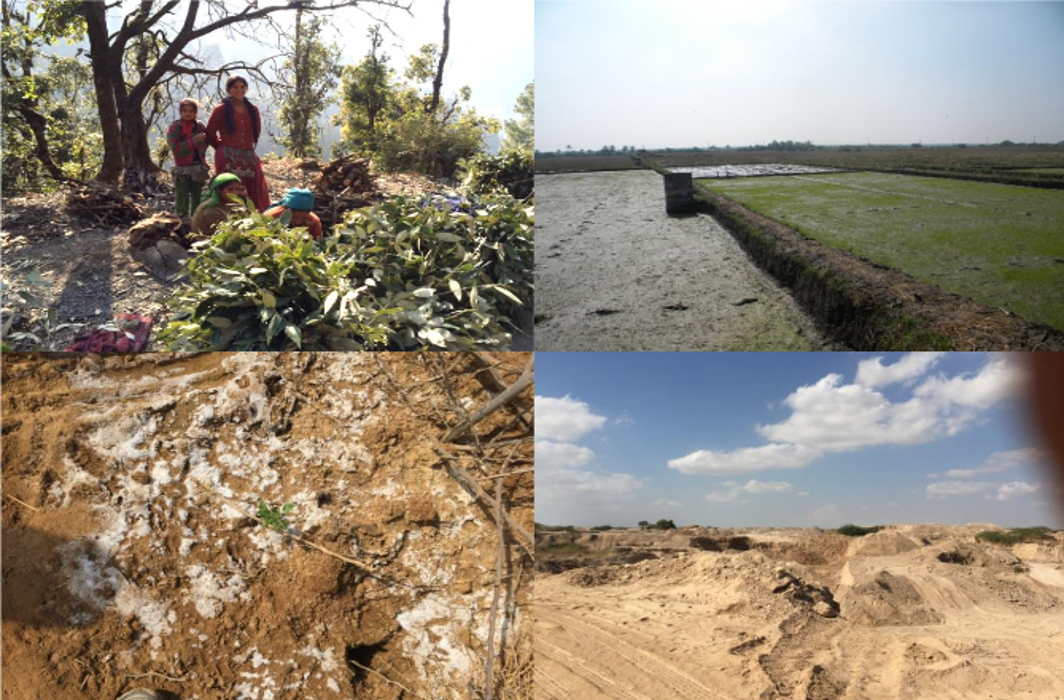 Desertification, Land Degradation and Drought (DLDD) cost India about 2.54 per cent of its Gross Domestic Product (GDP) in 2014-15, a study conducted by The Energy and Resources Institute (TERI) and commissioned by the Environment Ministry has found.

Union Environment Minister Harsh Vardhan released the study of Economics of DLDD during the inaugural session of the four-day Asia Pacific Regional Workshop of the United Nations Convention to Combat Desertification (UNCCD) that concluded on Saturday, April 28.

Desertification, climate change and  the loss of biodiversity were identified  as the greatest challenges to sustainable development during the 1992 Rio Earth  Summit. The UNCCD is one of three Rio Conventions which  focuses upon DLDD.

Desertification is the process of fertile land becoming desert, typically as a result of drought, deforestation, or inappropriate agriculture.

This cost is estimated at  2.5% of India’s GDP in 2014/15 and about  15.9% of the gross value added (GVA) from the agriculture, forestry and fishing sectors.  Almost  82% of the estimated cost  is on account of land degradation and only 18% due to land use change. This result suggests that while loss of productive land  for forests, wetlands, rangelands and  other ecosystems is a concern , a larger concern  is the degradation  of existing ecosystems.

This is a serious concern  particularly given that India aims to be land  degradation-neutral in 2030, where any increases in  land  degradation  are balanced  by equivalent gains in  land  reclamation to ensure no additional net loss of land-based  natural capital.

However, in terms of the cost of land degradation and use change, the economic cost of forests degradation accounts for over 55% of the total, although in physical terms it  ranks second in its contribution to India’s degraded land area.  This is on  account of the higher cost per hectare of vegetal or forest degradation.

In contrast, onsite and offsite losses due to water erosion, topping the list in terms of physical extent, account  for about  14% of the total economic cost.

“The report has highlighted that DLDD factors had cost India about 2.54 per cent of its GDP in 2014-15,” an official statement released at the end of the workshop said.

Vardhan during the inaugural session had said that globally, drylands lose 23 hectares per minute to drought and desertification which translated into a loss of 20 million tonnes of potential foodgrain production in a year.

The workshop had been jointly hosted by the Environment Ministry and UNCCD Secretariat.

Addressing the closing session, Union Environment Secretary C K Mishra said the workshop will enable country parties to participate effectively and efficiently in the UNCCD reporting process, to submit the national report in time and in particular for target 15.3 on Land Degradation Neutrality (LDN).

He added that the workshop has not only provided a diverse and multi-disciplinary knowledge-sharing platform addressing DLDD issues, but also an opportunity to bring all key stakeholders from Asia to India and discuss key aspects of reporting Sustainable Development Goals (SDGs) and Land Degradation Neutrality (LDN).

The four-day workshop (April 24-27) trained the participants in the use of an innovative land degradation monitoring tool by Conservation International, for the reporting process of UNCCD.

The participants included delegates from about 40 Asia Pacific countries, as well as representatives from 12 Indian states affected by land degradation, scientists and researchers from scientific institutions of national importance and line-Ministries.

“Knowing where hotspots or problem areas are, is the first step ahead towards combating land degradation. With this data, policy-makers can prioritize areas for interventions to improve the livelihoods in rural communities that directly depend on healthy land,” said the statement released at the workshop.

The United Nations Convention to Combat Desertification (UNCCD) is the only legally binding international agreement on land issues.

Molnupiravir: What are made in India anti-COVID-19 pills? How does it work? All you need to know