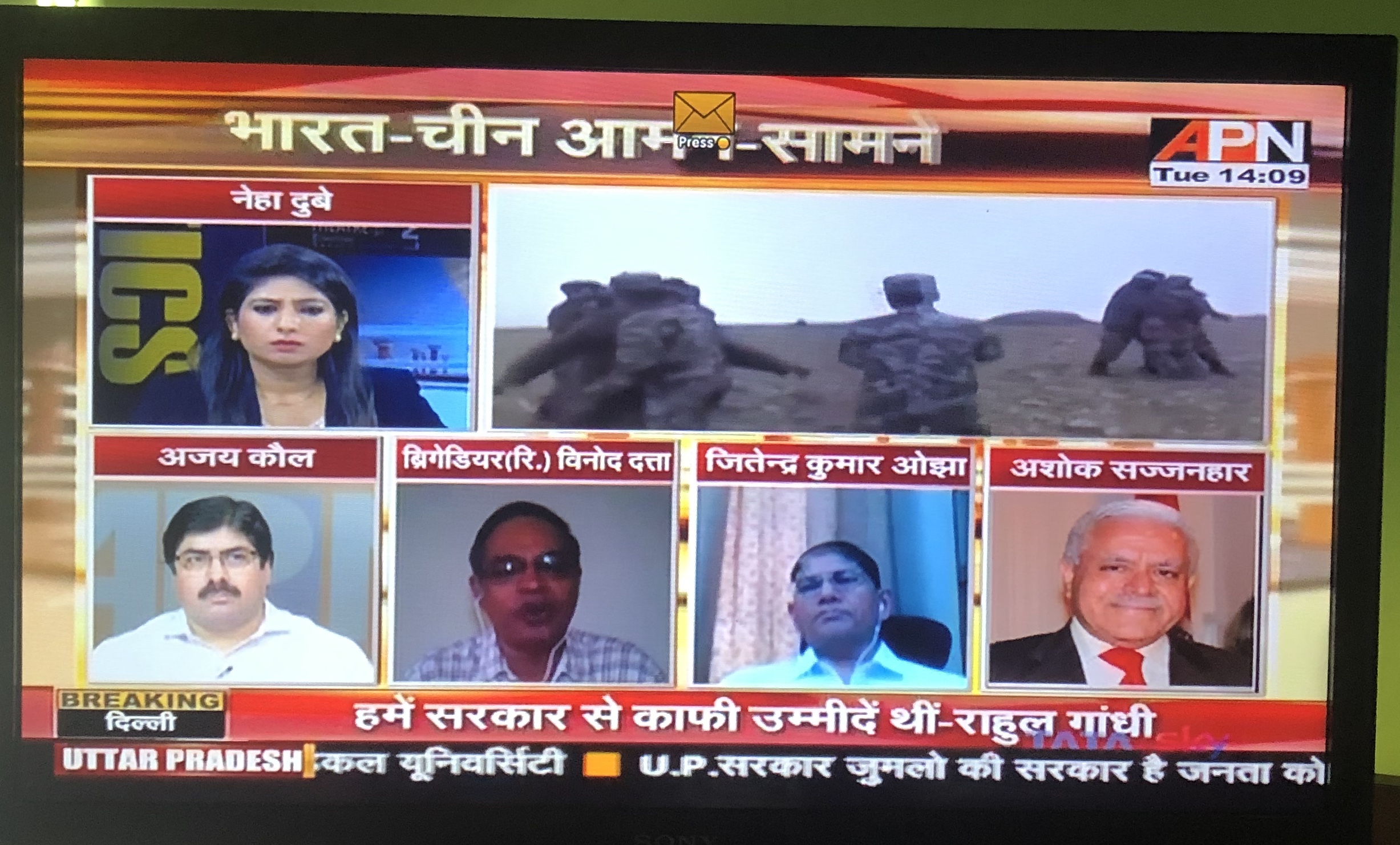 Brig Vinod Dutta said: “China’s policies have been expansionist, it’s always been moving to get a stronger hold, and its military designs have been strengthened thus. Now, 2,500 troops have moved close to the border, and India has moved troops to the forward areas as well.”

Ojha said: “China’s persistent policy has been expansionist. It is facing pressure on account of Covid. The Chinese regime is arrogant, though India has been ignoring its expansionist policies.”

Sajjhanhar said: “I agree that China is trying to put pressure on India. China knows that the word is busy fighting Covid. Since March, it’s been projecting that normalcy has returned to China. So, it’s trying to take advantage of the world’s focus on fighting Covid. And, of course, China has been rattled by the criticism it has faced on account of Covid. The Indian government has not mentioned anything provocative against China so far, but scholars here have been very critical. We have not changed any cartography, there has been no change in India’s external boundaries. Our MEA, S Jaishanker, has explained to China that the formation of Ladakh as UT has got nothing to do with its external borders. As far as Aksai Chin is concerned, it has always been shown on India’s map.”

Brig Dutta said: “China is apprehensive that India may join global criticism against it on Covid. However, India will not budge even an inch no matter what the pressure. At the diplomatic level also, there are standard operating procedures. The way out is at the diplomatic level; at the military level, talk moves to action.”

Ojha said: “However, in the long term, we cannot ignore our geo-political strategies.”

Kaul said: “The genesis of the current dispute is because India is doing construction there. My belief is that this is a psychological war with India, to contain India, and it’s got nothing to do with Covid.”

Sajjhanhar said: “On the back end, negotiations are always on. It is unlikely that the troop deployment on the border will lead to any war.”

Kaul said: “The standoff is escalating, not diffusing. China has objected to India’s construction activities. China has been provoked.”

Brig Dutta said: “China’s infrastructure is far better than ours, but China also feels that India can offer a logistical challenge to China. There is no doubt that the next century belongs to Asia, so it’s of strategic importance to show our superiority. China is following a policy of psychological warfare, and Nepal too has been instigated by China.”

Ojha said: “Combat helps no nation. Like, Pakistan’s proxy war with India has affected its internal dynamics severely. So, a diplomatic way out should be the best way forward.”