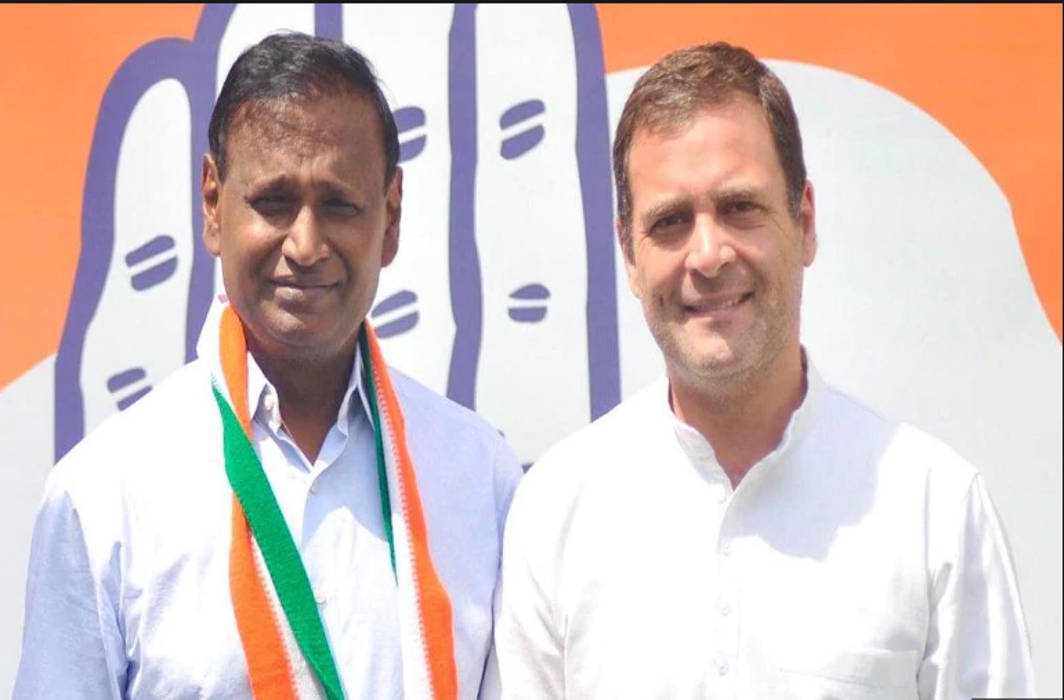 The BJP on Tuesday announced Singer Hans Raj Hans as its candidate from North West Delhi, dropping Udit Raj, who had earlier threatened to leave the party if dropped.

The official Twitter handle of Congress Wednesday morning posted a picture of Raj with Gandhi, officially welcoming the leader to the party fold. Soon after, Raj removed the ‘Chowkidar’ prefixed to his Twitter name.

Raj said that he feels relieved after joining the grand old party. The leader also claimed that he will snatch at least 10-15 seats from BJP now.

“I was one of the best performing MPs for BJP, I was a popular figure. But I was accused of influencing Dalits,” he said slamming the saffron party.

“BJP is an anti-Dalit group which uses internal surveys to choose its candidate,” he added.

“Had I not raised my voice for Dalits, I would’ve been made the Prime Minister,” Raj alleged.

He had merged his Indian Justice Party with the BJP in February 2014 and later won the election from North West Delhi. The BJP won all seven seats in Delhi in the 2014 election.

The disgruntled leader added that he had been admonished by several political leaders in the past about the consequences of being associated with the BJP.

“Four months ago, Kejriwal had warned me saying I won’t be getting the ticket. On two occasions, Rahul Gandhi said to me, suggesting in a way, that I am a right person in a wrong party,” he said.