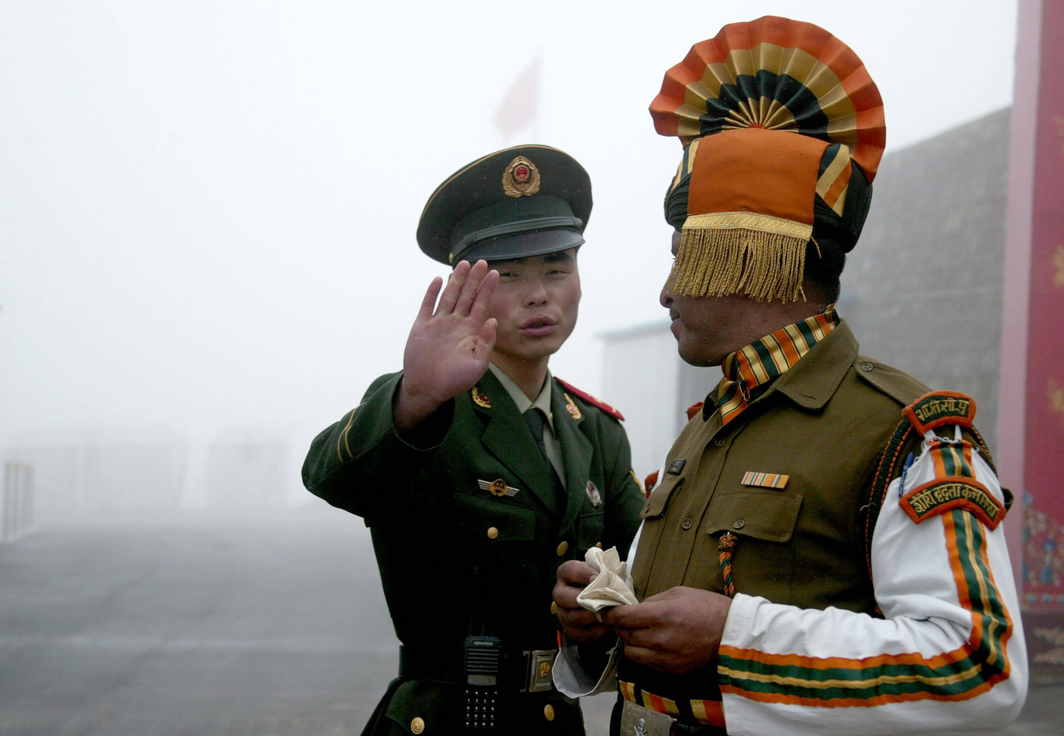 After over a month of regular, aggressive statements from China on the standoff between Indian and Chinese armies at Doklam on India-Bhutan-China trijunction, there was a little toning down of rhetoric on Thursday.

While External Affairs Minister Sushma Swaraj said India was ready to talk to China provided the armies withdrew to their original positions, China said that diplomatic channels with India remained “unimpeded” to discuss the military standoff in Sikkim sector. It, too, insisted on withdrawal of the Indian troops as a “precondition” for any meaningful dialogue.

“Our diplomatic channel is unimpeded,” Foreign Ministry spokesman Lu Kang told reporters, confirming talks between Indian and Chinese missions to resolve the standoff, according to a PTI report. Lu, however, reiterated that “the withdrawal of the Indian border personnel is the precondition for any meaningful dialogue and communication between the two countries”.

Even before this came a widely circulating WeChat post, denouncing war as an option to resolve the border crisis with India. Posted in the WeChat blog, International military focus, on July 14, the detailed write-up is titled, “Important Inside story: How many people know the truth about Doklam conflict?” WeChat is a popular Chinese instant messaging website with an estimated 938 million users.

The article argues that China must avoid war, but insist on Indian troop withdrawal from Doklam by other means.

In New Delhi, External Affairs Minister Sushma Swaraj said the matter can be resolved through talks. “We are willing to talk, but both sides have to first take back their armies,” she told the Rajya Sabha. The minister said the boundaries between India and China are yet to be finalised and the two countries will do that bilaterally through discussions, while the same between China and Bhutan too will be done through bilateral talks. She accused China of building roads using bulldozers and excavators, which has been protested by Bhutan in writing to China.

The External Affairs Ministry spokesperson, Gopal Bagley, addressing a press conference on Thursday, said that differences between India and China over the Doka La issue should not turn into a dispute.

He confirmed that National Security Advisor Ajit Doval will visit Beijing for the BRICS summit on 27-28 July but refused to divulge more details. However, Bagley reiterated that India was consistent on its stand to keep all the diplomatic channels open to find a resolution.

He maintained that India would like the nature of the trilateral relations between India, China and Bhutan to be restored as before. Adding to it, he mentioned that previously Bhutan had also asked China to maintain the status quo in the region.

Speaking in Rajya Sabha, External Affairs Minister Sushma Swaraj accused China of trying to change the status quo in the region on Thursday. She said that while China was saying that India should withdraw its troops from Doka La for negotiations to begin, “we are saying that if a dialogue is to be held, then both should withdraw (their troops)”.

She said that India was not doing anything unreasonable and maintained that foreign countries were supporting India’s stand.

“Foreign countries are with us. They feel that China is being aggressive with a small country like Bhutan. Bhutan has protested, including in writing. All the countries feel India’s stand is right and the law is with us,” Sushma Swaraj said.

She added that in the past China had tried to repair roads, re-tar them but on 16 June, they came with bulldozers and construction equipment with the aim of breaching security in the region where the tri-junction point ends.

“India is very concerned and cautious about its security and no one can surround it. It is also wrong to say that India is threatened,” she added. All countries are with India and they understand that the stand we have taken is not wrong at all, Swaraj said.

Swaraj said that India was capable of defending itself. Swaraj said that India is ready for a dialogue with the neighbouring country. “We are willing to talk but both sides should take back their army to original positions. If China unilaterally changes status-quo of tri-junction point between China-India and Bhutan, then it poses a challenge to our security,” the EAM added.

Responding to a question on India-China ties, Swaraj said, “It’s wrong to say that China is encircling India in the Indian Ocean Region. India is vigilant of its security interests, and no one can encircle it.” Swaraj said that India’s stand on South China has been very clear. She said that India maintains that free and uninterrupted passage for commercial vessels should be maintained in the region and any disputes should be resolved with mutual cooperation.

Swaraj also informed MPs in Rajya Sabha that Sikkim standoff is only about “just demands” from the Indian side.

Chinese and Indian soldiers have been locked in a face-off for over a month after Indian troops stopped the Chinese army from constructing a road near the Doklam plateau, fearing it may allow China to cut India’s access to its north eastern states. India has conveyed to China that the construction of the road would represent a significant change of status quo with serious security implications for New Delhi. India and China share a 220-km-long border in Sikkim. Lu claimed that the incident makes it clear that “Indian border personnel illegally trespassed into China’s territory.”

The issue is expected to figure prominently when India’s NSA Ajit Doval goes to Beijing for the meeting of NSAs from BRICS – Brazil, Russia, India, China and South Africa – countries from July 26-27. Chinese officials say while there may not be a formal meeting between Doval and his Chinese counterpart Yang Jiechi,there can be informal talks between the two officials, who are also the Special Representatives of their countries for the border talks.

Both countries have so far held 19 rounds of talks. Earlier July, China had refused to acknowledge that Chinese President Xi Jinping even met Prime Minister Narendra Modi during the G 20 Summit in Hamburg, Germany, as the standoff continued. India’s Ministry of External Affairs, however, said that the two leaders met and discussed a “range of issues”.

India has been stressing that it is working the diplomatic channels to lower the tensions with the neighbouring country. Beijing, on the other hand, had warned of serious consequences if India does not pull back its soldiers from the Sikkim region.

Statements about diplomatic channels being open indicate a climbdown from threats of military action by China. Coinciding with this, in contrast to Chinese write-ups and web-postings exhorting Beijing to adopt a more muscular approach in Doklam, was the post on WeChat blog, International military focus, titled, “Important Inside story: How many people know the truth about Doklam conflict?”

The article argues that China must avoid war, but insist on Indian troop withdrawal from Doklam by other means. The blog in Chinese addresses agitated netizens as its prime audience, on why war is not an option, despite finding fault with India for triggering the crisis in the Sikkim section of the China-India frontier.

The article points out that China is not prepared for a war in the area of the face-off, on account of several non-military and military factors. It described India’s alleged cross border incursion in Doklam as “illegal entry” and not an “illegal invasion,” which has an altogether different implication under international law.

“To many people, illegal entry of people equals war because they cannot distinguish entry from invasion. They are two totally different notions. Illegal invasion is entering the border of another country by force and without permission of that country, but illegal entry is non-violent. It (the movement of Indian troops) can only be called border crossing. So far it looks like illegal border crossing, though the next level is unknown.”

The blog highlights India’s terrain advantage as well as superior fire power in the Yadong area of the Chumbi valley, which can become a battlefield in the standoff area and says China is not prepared for a war in the area of the face-off, on account of several non-military and military factors.

It does go on to say that instead of open-conflict, as one of the options, China can enter a border section, where it has an advantage, and pitch the ball in India’s court. “For the first time India crossed the defined border and entered Chinese territory, for Doklam is clearly Chinese territory. So, in accordance with Chinese wisdom, we can find a border section where we have an advantage and enter their territory and see how they react.”