Home Latest india news You don’t have to stand up at a cinema hall to prove... 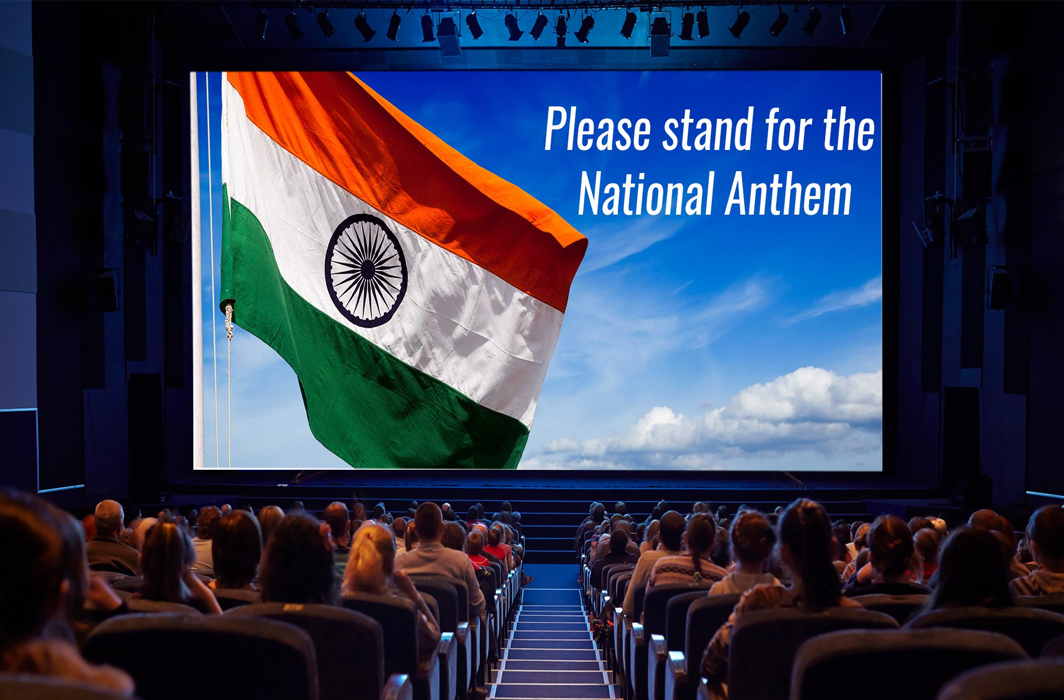 The Supreme Court on Monday agreed to consider a plea to modify its order that made the playing of the national anthem in cinema halls mandatory, even as the Centre opposed the move.

The apex court asked the Centre to take a call on the issue and consider amending the national flag code to regulate the matter, and frame rules by January 9.

The hearing of the case saw Justice Chandrachud making some interesting remarks on the issue after Attorney General for India KK Venugopal argued for playing of the National Anthem in cinema halls on the ground that it fosters national unity in a vast and diverse country like India, and is supported by Article 51A of the Constitution.

A Supreme Court Bench headed by Justice Dipak Misra, now the Chief Justice of India, had on November 30, 2016 passed an order making it mandatory to play the National Anthem before every show in cinema halls and for cinema-goers to stand up while it was played. Justice Misra had reasoned that the practice would “instil a feeling of committed patriotism and nationalism”. The Bench had described the playing of the anthem in cinema halls as an opportunity for the public to express their “love for the motherland”.

On Monday, Justice DY Chandrachud questioned the rationale, saying there is no need for an Indian to “wear his patriotism on his sleeve”. Justice Chandrachud was part of a three-judge Bench led by Chief Justice of India Dipak Misra hearing a petition filed by Kodungalloor Film Society in Kerala to recall the November order.

“Next thing will be that people should not wear T-shirts and shorts to movies because it will amount to disrespect to the National Anthem… where do we stop this moral policing?” Justice Chandrachud said.

Media reports said that Justice Chandrachud referred to the Flag Code to observe that “there is no mandate that people should stand up when the National Anthem is sung in a cinema hall. This is obviously because a cinema hall is a place for entertainment… People go to cinema halls for undiluted entertainment. Why should we make choices for them? Why should we assume that if someone doesn’t stand up for anthem in the cinema hall, he is not patriotic?”

“You don’t have to stand up at a cinema hall to be perceived as patriotic,” Justice Chandrachud said.

At one point, Justice AM Khanwilkar reacted to lawyers’ submissions that the National Anthem is played in cinema halls in States like Maharashtra and Chhattisgarh, saying if it is good for Maharashtra, it may be good for other States.

Justice Chandrachud, however, took a leaf from his childhood, remarking that he had witnessed people leaving the cinema hall when the Anthem is played after the show. “Maybe that was why it was stopped… because of the disrespect,” Justice Chandrachud said.

The judge was responding to submissions by Attorney General KK Venugopal, for the Centre, in support of the November 30, 2016 order. Venugopal submitted that playing the National Anthem in cinema halls and standing up as a mark of respect for it fosters a sense of unity in a country diverse in caste, religion and regions. The AG submitted that playing the Anthem would be a “unifying force” so that “when people come out of the theatre they will believe that we are all Indians”.

“Its purpose is the loyalty of the population, to neutralise divisiveness, foster unity in diversity. It is the duty of every citizen under Article 51-A (a) to abide by the Constitution, respect its ideals and institutions, the National Flag and the National Anthem,” Venugopal submitted.

Justice Chandrachud disagreed. He said Article 51A is very broad and also makes it the fundamental duty of citizens to “develop scientific temper, humanism, spirit of inquiry”, etc. “Are we [Supreme Court] supposed to enforce all this? As the government, you have the power. You take the call. Why should we take your burden?” said Justice Chandrachud.

“If the court is supposed to enforce respect for the National Anthem on citizens, it should also enforce the other fundamental duties in Article 51A? You know what is good for the goose is also good for the gander, right?” Justice Chandrachud asked Venugopal.

Justice Chandrachud said cultural and social values are imbibed from parents and teachers and not what courts enforce through its orders.

The judge indicated that it was for the government to take the call on whether it wants the Flag Code to be amended to make it mandatory for cinema halls to play the anthem.

Towards the end of the hour-long hearing, Chief Justice Misra suggested a change in the language of the November 2016 order, which had the effect of making the playing the anthem optional, The Hindu reported.

However, Venugopal said the government would take a call. Finally, the court left it to the discretion of the government to bring out any notification, if necessary, to take a call to make or not make the playing of the National Anthem mandatory in cinema halls, uninfluenced by the Court’s earlier order.