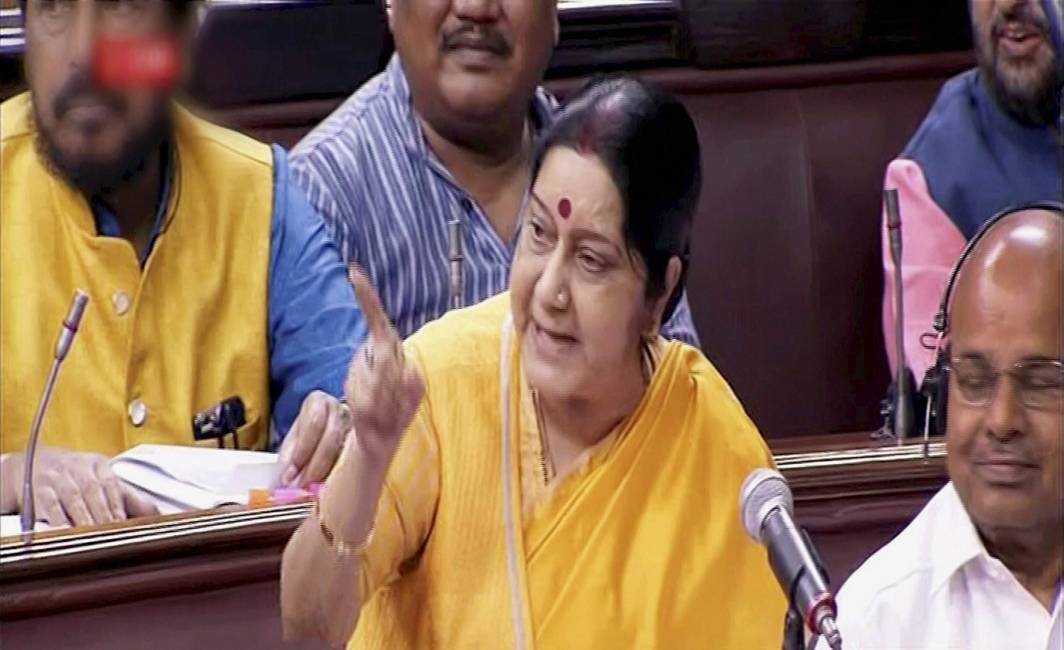 Amid declining economies with ongoing wars and political turmoil in most of the Middle East, India has recorded a 34.6 per cent decline in registered number of workers that emigrated to the Gulf countries between 2014 and 2016. A natural corollary to this has been a fall – albeit only marginal – in the remittances made by Indian workers employed overseas.

Minister for External Affairs, Sushma Swaraj, who is facing allegations of misleading Parliament on the fate of 39 Indian workers missing in Mosul, Iraq, since 2014, responded on Thursday last, to a question in the Parliament. She said that the official figures for emigration to the six Gulf countries dropped from 775,845 in 2014 to 507,296 in 2016.

The Ministry for External Affairs quoted an RBI report saying that the overall remittances and private transfers made by Indians working abroad as recorded in India’s balance of payments (BoP) statistics, has fallen slightly from $ 69,819 million in 2014-15 to $ 65,592 million in 2015-16.

However, these remittances are computed based on overall recorded transactions made by all Indians working overseas and isn’t indicative of only those working in the Gulf countries.

The MEA further said that the decline in the number of Indian workers emigrating to the Gulf countries has been attributed to economic slowdown in Gulf Cooperation Council (GCC) countries. Saudi Arabia, UAE, Kuwait, Qatar, Bahrain and Oman are part of the regional group.

In the recent developments Qatar is virtually facing expulsion from GCC. Saudi Arabia, UAE, Bahrain and Egypt had severed diplomatic, business and travel ties with Qatar on June 5. The Saudi-led quartet is asking Qatar, among other things, to cut ties with Iran, shut new Turkish army base in its territory and close down the Al-Jazeera news network. Qatar is also facing allegations of supporting terrorism and giving shelter to the Saudi led quartet’s political opponents.

The MEA further said, “However, it has been reported by the Indian missions that by undertaking different fiscal measures, these countries have been able to cope with the falling oil and gas prices.”

Union Budget 2022-23 schedule released: Date, time, who will present it, key highlights | All you need to know