In view of the Republic Day celebrations, the Delhi Police has deployed five-layer security in and around Delhi. Over 40,000 police, ITBP and CRPF personnel will be deployed at Singhu, Tikri and Ghazipur borders. 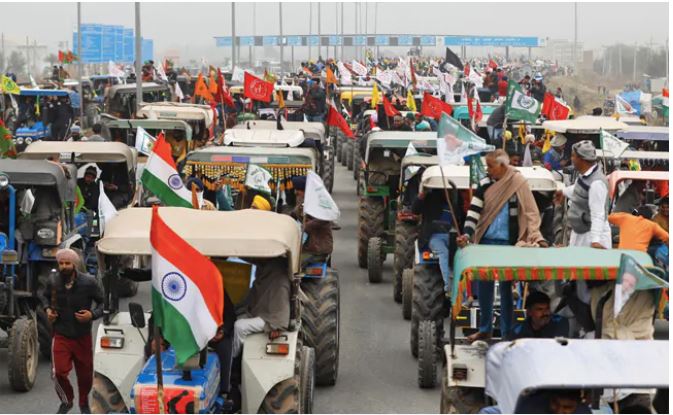 The Police sources said routes will be like dedicated loops and farmer leaders will have to agree that they will follow them strictly. There will be multiple routes for farmers’ tractor rally. The Delhi Police sourced expected traffic spillover in Delhi-NCR during the rally hours.

On Saturday, the Delhi Police granted permission to the farmers for the tractor parade on January 26 but on the condition that they will start only after the completion of the official parade on Rajpath. Earlier, the Supreme Court had declined to entertain an application by the Centre through Delhi Police to stop protesting farmer unions from carrying out tractor rally into the Capital on Republic Day.

Thousands of tractors are headed for Delhi from Punjab and Haryana to participate in the parade. Kulwant Singh Sandhu, general secretary of the Punjab Jamhoori Kisan Sabha, said around 2.5-3 lakh tractors will take to the roads near the protest sites. Sandhu assured that the parade will be absolutely peaceful from farmers end.

In view of the Republic Day celebrations, the Delhi Police has deployed five-layer security in and around the city. Over 40,000 police, ITBP and CRPF personnel will be deployed at Singhu, Tikri and Ghazipur borders.

Since November 28 last year, farmers from Punjab Haryana and Western Uttar Pradesh have been protesting against the the three farm laws at several Delhi border points, including Singhu, Tikri and Ghazipur, and demanding to repealed completely.

Facebook
Twitter
Pinterest
WhatsApp
Previous articleHow the 3PL sector could be the game-changer for Indian economy
Next articleFarmers’ protest: Thousands march to Mumbai from Nashik to support farmer protest