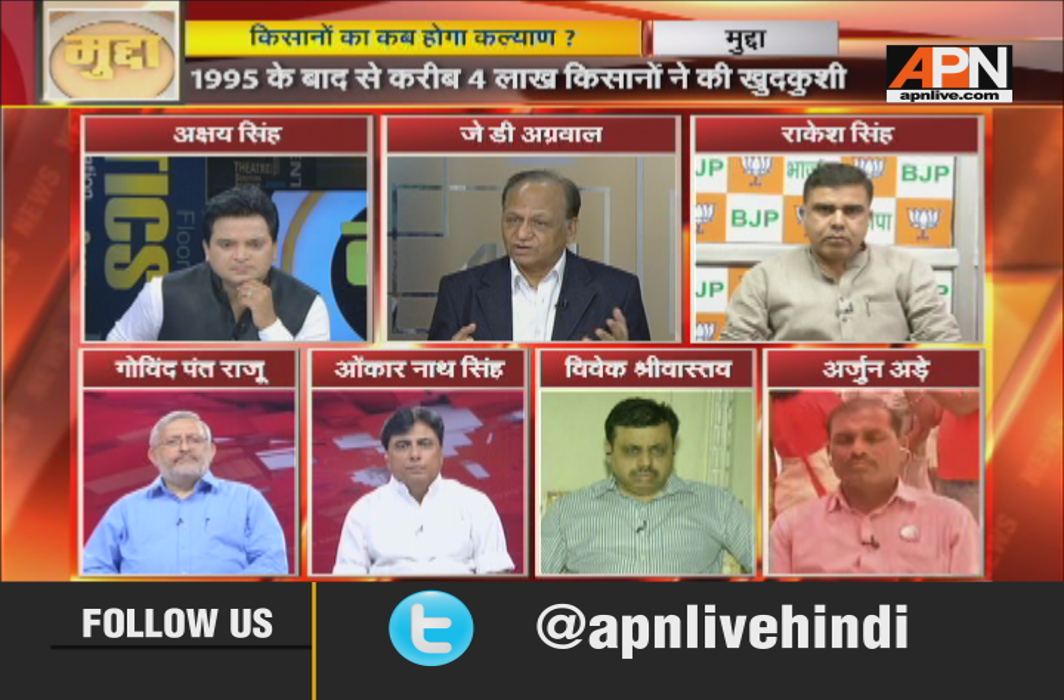 While throwing their lot with farmers, the Mudda panel felt that loan waiver is not enough to meet their just demands

Nearly 40,000 farmers across Maharashtra have marched from Nashik to Mumbai’s Azad Maidan—covering the 200-kilometre journey on foot—to gherao the state assembly. The farmers under the banner of the All India Kisan Sabha are demanding farm loan waivers and the implementation of the recommendations of the MS Swaminathan Commission.

While drawing attention of the panel to the massive scale of the agitation, Agarwal said: “Political parties are supporting the farmers, which is why the Maharashtra government is shaken. There are logistics that need to be taken care of or else Mumbai may come to a standstill due to jams. Their demands have to be discussed carefully.”

Singh said the government is serious in looking for the redressal of farmers’ demands. “The agitating farmers are mainly adivasis, and the BJP has always been with them on this issue. The farmers’ loan waiver applications are under consideration by the government,” he said.

Adde said that Rs 34,000 crore loan waiver was promised, but now the state government is going back on its promise.

Chaudhari Pushpendra Singh said that “the government is saying that it will consider the demands at the time of the harvest of the kharif crop…but that’s coming close to the general elections.”

Nath said that the government is aimless which is why such agitations are taking place. “Why did the government make empty promises in its poll manifesto? The then prime minister Jawaharlal Nehru had envisioned a welfare state, but this is far from reality now,” he said.

Srivastav said that regarding loan waivers, the government is actually pandering only to corrupt people, the builder lobby, and others, and not farmers, who genuinely need it. It is a sad reality that today farmers are forced to commit suicide, he lamented.

Agarwal pointed out that the farmers’ demands are genuine. The demand for the implementation of the Swaminathan Committee recommendations is also genuine, he said. He further added that the third demand is for compensation in case of calamities like flood or famine.

When asked about his opinion on the issue, Raju said that farmers constitute nearly half of the country’s population. Empathizing with the issues raised by them, Raju said that although the Congress governments in the past have gone in for loan waivers, the farmers’ lot still remains the same. “A complete overhaul of the system is needed. Farmers should not be treated merely as a vote bank,” he said.

Nath further said that loan waiver is only a small effort towards helping the farmers. However, the overall situation has to be studied. “Under MNREGA, the cost of labour has gone up, increasing their costs,” he said referring to the farmers.

Agarwal too agreed that loan waivers can only help in a small way. The productivity of the agriculture sector should go up and research needs to be done on boosting production and finding out the need for investing more in agriculture—be it on fertilizer or soil. “Waiving of loans is not the long-term solution. Banks are already in a bad state, how much loans can be waived? A holistic approach is needed and foreign direct investment should be pumped into the agriculture sector,” he said.

Srivastav added that a novel approach in land reform policies is needed. “The BJP should realise that more is needed than mere slogans like ‘Make in India’,” he said.

Raju said that in Maharashtra, the farmers are more dependent on rainfall than in other states. “When a farmer is caught in the debt trap, he is forced to commit suicide.”

Srivastav said another green revolution is needed. He added that in Kerala and West Bengal, the Left parties have tried to look at farmer’s issues seriously.