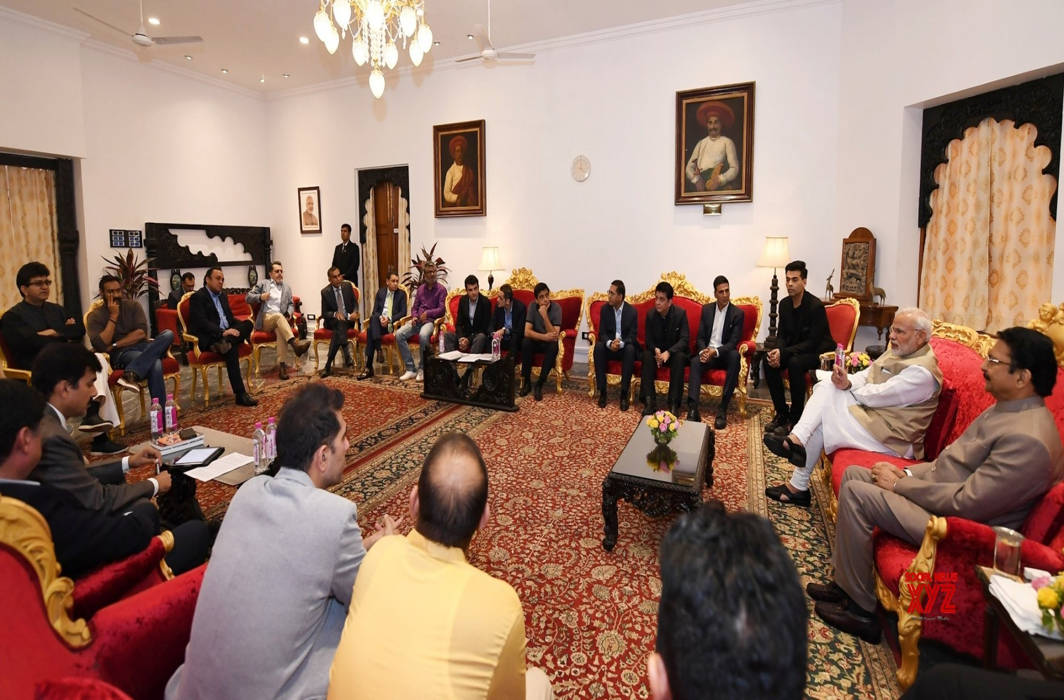 A delegation of Bollywood producers and actors on Tuesday (Dec-18) met Prime Minister Narendra Modi at Raj Bhawan in Mumbai, to discuss the issues being faced by the Indian film industry.

Had an extensive and fruitful interaction with a delegation from the film and entertainment industry.

The delegation spoke about the strides being made by the film and entertainment industry, and gave valuable inputs relating to GST for their sector. https://t.co/ulQMtxTJQj pic.twitter.com/n4Dn38EJLr

Akshay Kumar, who was part of the delegation from the film industry, said, “Heartfelt thank you to the honourable Prime Minister Narendra Modi ji for taking out time to hear us at length, discuss issues pertaining to our industry and assuring positive consideration of suggestions.” Members of the delegation also called for the development of Mumbai as the global entertainment capital through various initiatives and proactive approaches.

Heartfelt thank you to the honorable Prime Minister @narendramodi ji for taking out time to hear us at length, discuss issues pertaining to our industry and assuring positive consideration of suggestions. pic.twitter.com/ShGfr0Jlvu

It was enlightening to hear the honourable Prime Minsiter @narendramodi share his views on our Industry’s soft power status and the strength of our cinema...he gave our media and entertainment representatives a patient and solid hearing....thank you Sir!! pic.twitter.com/BIl8ubQwYa

This was the second meeting of the filmmakers with the prime minister since October 24 this year. They, along with actor Aamir Khan and Sidhwani, had met the PM in Delhi.

Sidhwani, according to the industry sources, urged the prime minister to look towards treating cinema as an “industry” by acknowledging its contribution to the nation’s exchequer and fiscal growth, and in promoting bilateral ties between nations as a global cultural ambassador.

“It was a collaborative effort to come forward, address issues and seek solutions from the Prime Minister directly,” the insiders said, adding that the PM “acknowledged that our films are being recognised internationally and agreed that filmmakers are no less important than nation-builders”.

“He has assured the delegation that he will personally work towards setting up a special committee to look into the industry matters and address them urgently,” sources said.