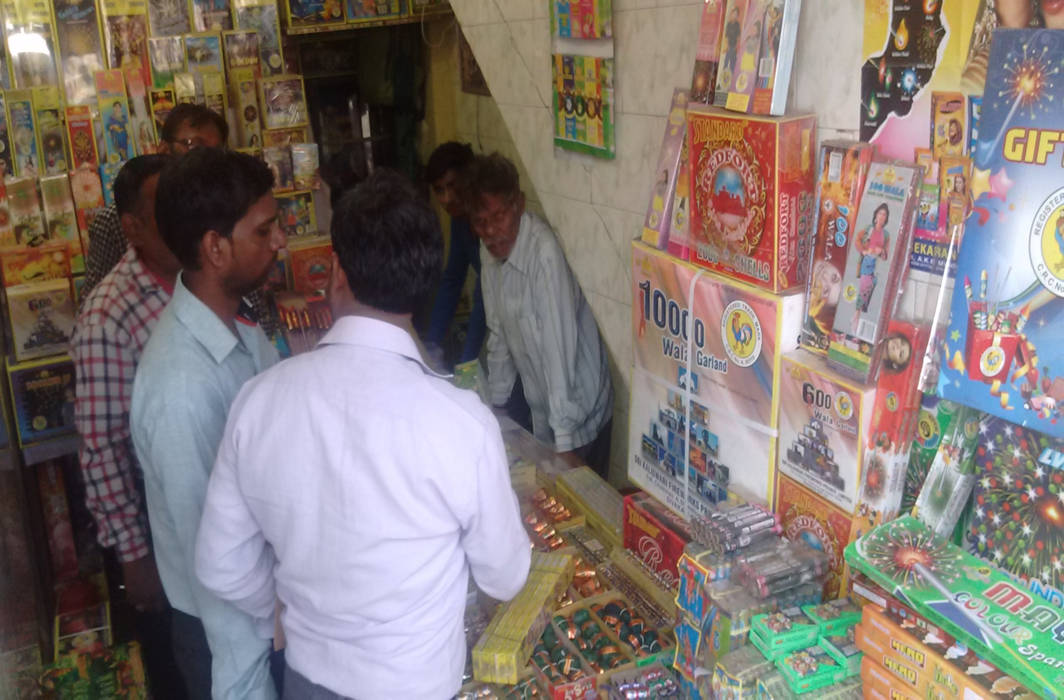 A change was apparent in Supreme Court’s approach to putting restrictions on bursting firecrackers after a change in the Supreme Court Bench hearing the issue.

On Oct 23, 2018, the Supreme Court had banned manufacture, sale and use of loud and toxic firecrackers, allowing only green and improved crackers. Today (Tuesday, March 12) the Supreme Court said they cannot kill the jobs of poor people working in the firecracker industry, driving them to starvation and asked the Centre to undertake a comparative study on pollution caused by firecrackers and automobiles.

Hearing the petitions for ban on firecrackers, the SC bench today asked how it can possibly feel empowered to put the shutters down on an occupation which is both legal and licensed.

The Supreme Court cannot kill the jobs of thousands of poor people working in the firecracker industry, driving them to starvation. If the court cannot generate jobs, its orders should not extinguish their livelihood, Justice Bobde observed.

“We cannot give money or jobs or support people who will lose their jobs if we shut down firecrackers manufacturing units… We do not want to generate unemployment,” said Justice Bobde.

The apex court asked the Centre to undertake a comparative study on pollution caused by firecrackers and automobiles and wondered why everyone wanted to ban firecrackers for causing pollution when it seems automobiles could be bigger polluters.

“People are gunning for firecrackers, but the bigger pollutant is vehicles… Had the normal pollution level been low, then we could have managed better,” Justice Bobde observed.

The court said one should also look at the plight and the rights of the people working in firecrackers industries who are now unemployed. “Can’t leave them hungry. We did not wish to generate unemployment. If the occupation is legal and duly licensed how can you stop it?” asked the SC bench.

Court asked the Centre to suggest some way of preventing unemployment in the sector. “We can’t let people go hungry because some others think firecrackers is not good. Moreover, there are areas where crackers could be used without causing much damage, such as community fireworks,” the court said.

This is a veritable u-turn from the apex court’s October 23 ban on the manufacture, sale and use of loud and toxic firecrackers while allowing only green and improved crackers, The Hindu reported. However, the report said, there has been no consensus so far on what composes green crackers despite all these months after the October order of the apex court. The factories have remained shut, especially in Sivakasi district in Tamil Nadu, which is the hub for cracker manufacturing, said a report in The Hindu.

The October order came on petitions filed by a six-month-old and a 14-month-old, through their fathers in 2015. They had said the air pollution caused by various factors, especially firecrackers, has made Delhi a gas chamber. They pleaded for their right to life.

Throughout the hearing, The Hindu report said, Justice Bobde categorically repeated that “we do not wish to generate unemployment”.

The judge’s observations are in line with what the cracker manufacturers have argued and the Tamil Nadu government has backed.

They had contended that there was no definite study to show that bursting of crackers made the air quality worse during festivals like Diwali. The fundamental right to occupation of the cracker industry cannot be put in peril on the basis of unsubstantiated allegations that crackers pollute. The court should wait for a “complete study”.

The industry has argued that the revenue generated from the manufacturing and sale of fireworks is to the tune of ₹6,000 crore per annum. “Such a revenue to the State as well as employment to large number of workers on which five lakh families sustain cannot be put in jeopardy by imposing a total ban. It was emphasised that there is a necessity to adopt a balanced approach,” the cracker manufacturers had argued.

The court has even before in this case said its endeavour is to strive for balance between the right to public health and the right to occupation of the industry.

The court will hear the matter again on April 3.