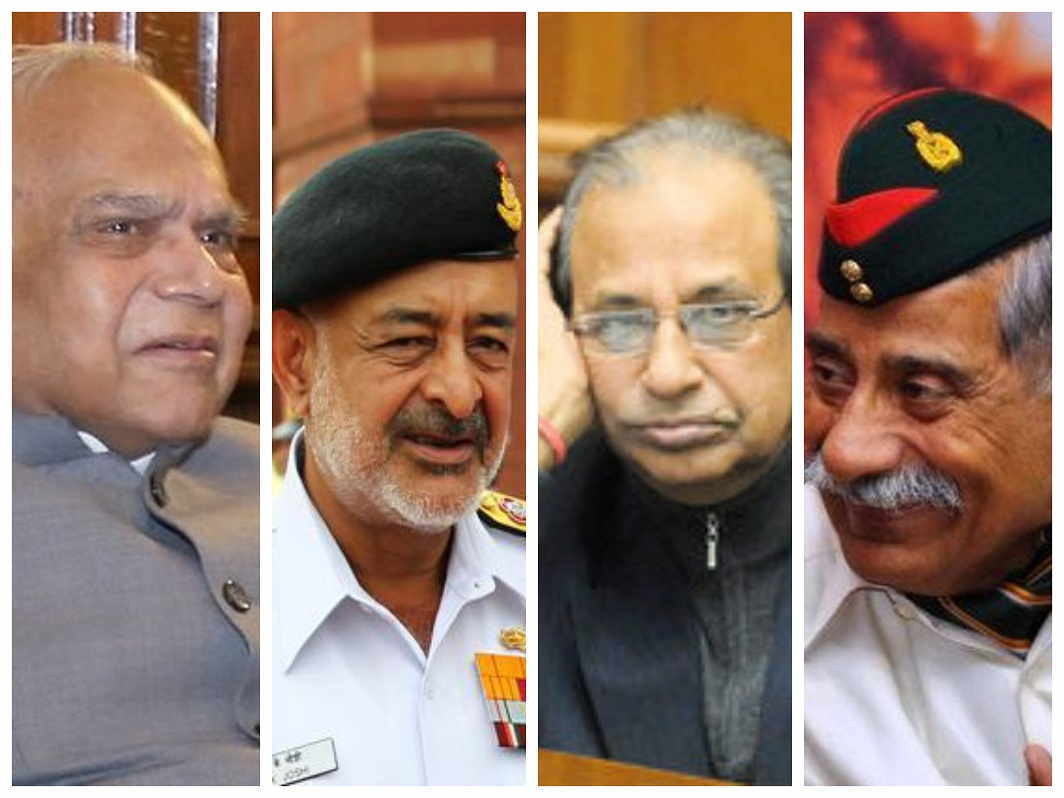 President Ram Nath Kovind, on Saturday, appointed governors for five states and lieutenant governor for Andaman and Nicobar Islands. The appointments were necessitated as most of these states did not have full-time Governors and the charge was being shared by individuals holding the office in other states.

Banwari Lal Purohit, who was serving as Governor of Assam, has now been appointed as the governor of Tamil Nadu, reliving his Maharashtra counterpart of additional charge of the southern state that he had been holding since August 2016.

Other new gubernatorial appointments include those of BJP leaders Satya Pal Malik who gets charge of the Raj Bhawan in Bihar and former Bihar legislative council member Ganga Prasad who has been appointed as Governor of Meghalaya, Brigadier (retd) BD Mishra will be the new Governor of Arunachal Pradesh.

Madhya Pradesh and Telangana remain under additional charge of the Gujarat and Andhra Pradesh governors respectively and the vacancies are likely to be filled soon.

A three-time former Lok Sabha MP from Nagpur (twice as a Congress candidate and once on a BJP ticket), Purohit has also served a minister in the Maharashtra government from 1982 to 1984. He is credited with revival of the English daily ‘The Hitavada’, a newspaper founded by freedom fighter Gopal Krishna Gokhale, which under Purohit’s stewardship in recent years saw new editions being started from Bhopal and Jabalpur in Madhya Pradesh.

Prasad was a key face of the BJP in Bihar, having been a member of the state’s Legislative Council for 18 years after being first elected as an MLC in 1994. Prasad also served as the leader of opposition in the legislative council during the RJD regime of Lalu Prasad Yadav and as leader of the council during the Nitish Kumar-BJP led coalition government.

Admiral DK Joshi was Chief of Naval Staff from August 31, 2012 to February 26, 2014. As Lt Governor of the Andaman and Nicobar Islands, Joshi returns to the union territory for a second stint, having served earlier as the Commader-in-chief of the Andaman and Nicobar Island Command. A highly decorated Naval officer, Joshi is the recipient of Param Vishisht Seva Medal (PVSM), Ati Vishisht Seva Medal (AVSM) and several other honours. He has also previously served as Defence Adviser in the Indian High Commission in Singapore from 1996 to 1999 when former Prime Minister Atal Bihari Vajpayee led the NDA regime in New Delhi.

Formerly a BJP strongman in Delhi, Mukhi had joined active politics during the Emergency and worked. He was a member of the BJP’s previous avatar – the Jana Sangh – and had worked closely with leaders like Atal Bihari Vajpayee, LK Advani and VK Malhotra in strengthening the BJP in Delhi. Mukhi represented the Janak Puri constituency in the Delhi assembly for a record seven terms between 1980 and 2015. Mukhi faced his lone electoral defeat since becoming an MLA, in 2015 when he lost to Aam Aadmi Party’s candidate Rajesh Rishi in the state polls in which AAP won a record 67 of Delhi’s 70 seats. Mukhi had served as leader of opposition in the Delhi assembly and the state finance minister under BJP chief ministers Madan Lal Khurana, Sahib Singh Verma and Sushma Swaraj but was never considered by his party to lead as its chief ministerial candidate in Delhi despite his personal winning streak as an MLA.

Brigadier Mishra began his stint in the Indian Army as an infantry officer in 1961 and retired from the force as a brigadier in 1995. During his 34-year-long career in the forces, he served in several wars and major operations. He had earned then Prime Minister PV Narsimha Rao’s appreciation for his role in the counter-hijack Operation Ashwamedh conducted on April 24 and 25, 1993 that saw 141 hostages aboard and Indian Airlines Boeing 737 aircraft being rescued by NSG Commandos at the Amritsar airport. The lone hijacker, an alleged Hizbul Mujahideen operative identified as Yunus Shah, had been injured in the operation and succumbed to his bullet wounds while being taken to a hospital.