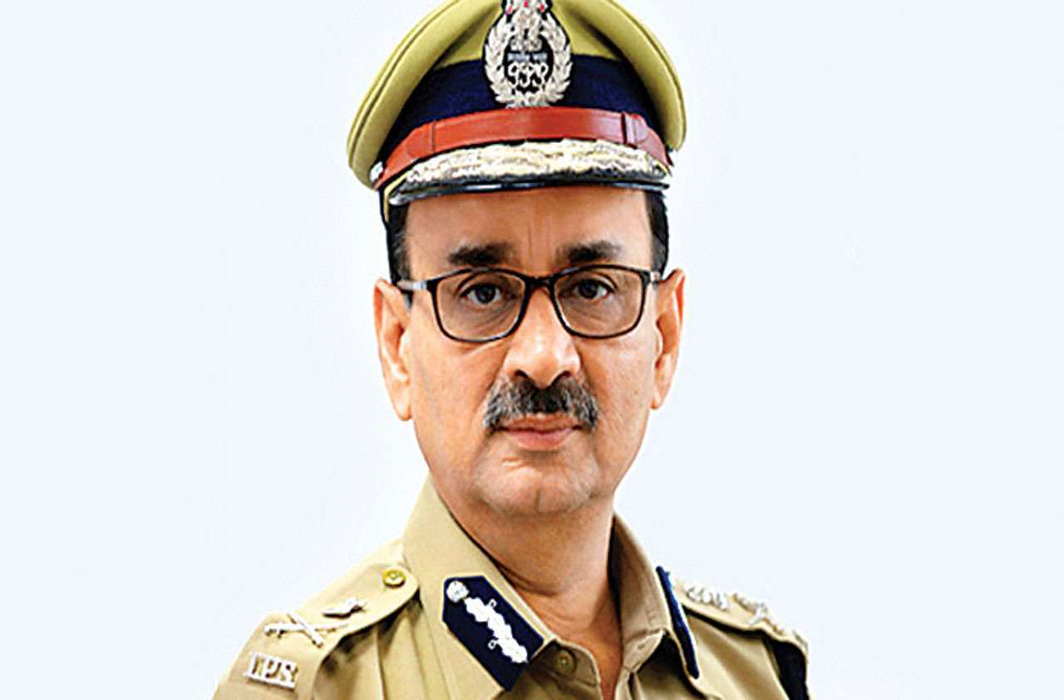 Four men, identified as Intelligence Bureau (IB) operatives, were rounded up today (Thursday, October 25) morning from outside the residence of Central Bureau of Investigation (CBI) director Alok Verma, a day after the government sent him on ‘compulsory leave’.

Verma has described as “patently illegal” in a petition before the Supreme Court which would hear the case tomorrow.

The men were observed loitering in two motor cars outside the perimeter and were confronted by Verma’s official security detail, said media reports. They were handed over to Delhi Police.

Deputy Commissioner of Police Madhur Verma, however, denied that the police had detained the four men and were questioning them.

Media reports quoting sources said the four men, who were stationed outside Verma’s 2, Janpath residence from Wednesday night, were questioned and then taken away by the police.

There was speculation in some circles that the men could be looking for ways to plant listening devices or were keeping an eye on visitors to the residence.

This follows a search and raid of the CBI headquarters on Wednesday that was carried out by unidentified intelligence and police officials. While some explained that the search was to secure sensitive documents, others said that, on the contrary, the search was to find and remove documents that could prove troublesome or embarrassing for the Narendra Modi government.

While there was no word from Home Minister Rajnath Singh on the Thursday affair, Intelligence Bureau sources claimed that the presence of personnel at a “high security zone” like the area surrounding Verma’s residence is part of routine practice.

According to IB sources, the agency is responsible for collecting “intelligence on situations” that could affect “public order” and “internal security.” IB units are deployed on a regular basis in sensitive areas and while in some cases “this is done in association with local law enforcement agencies”, other times an element of surprise “is also built in.”

“Among other things, its units are routinely deployed on a regular basis in sensitive areas. At times, this is done in association with local law enforcement agencies and at other times, a surprise element is also built in. This also enables LEAs to respond immediately to developing situations,” the sources said, according to a report in The Hindustan Times (HT).

They added that since such officials are on routine duties, they carry their identity cards. This is unlike surveillance which is done covertly, without any visible appurtenances, they said.

“One such unit, in early hours of today, halted on Janpath, where there was an unusual collection of people. This was with a view to check the reason why people had collected at the location. This is a high-security zone where several protectees reside. Unfortunately, their presence was projected otherwise,” the sources said.

The episode fuelled the opposition campaign that the Modi government acted against Verma because of its fears over what steps the CBI may take on crucial investigations.

Main opposition party the Congress has attacked the government alleging that the men were “snooping” on Alok Verma, who was stripped of powers as CBI chief on Wednesday.

In the wee hours of Wednesday, the government in a late night move, sent the two top officials of CBI, Director Alok Verma and his deputy special director Rakesh Asthana on compulsory leave and appointed joint director M Nageshwar Rao as acting CBI chief. There has been a running feud between Verma and Asthana, with Verma questioning the decision to appoint Asthana to CBI, citing corruption cases two years ago.

The CBI then filed a FIR against Asthana and some others, one of whom was arrested. The government finally woke up on Tuesday when Verma relieved Asthana of his responsibilities and acted overnight, a move that has invited speculation as well as criticism.

Verma has moved the Supreme Court against the government decision, calling it patently illegal. The case would be heard tomorrow.

According to the Indian Express, Verma was dealing with seven sensitive cases when the Narendra Modi government minister decided to pull the plug on him:

* A complaint against alleged irregularities in the Rafale fighter deal with France: The verification process of the complaint was on in the agency and, sources said, “a decision was to be taken”. The 132-page complaint was received by Verma on October 4, and had been filed by former Union Ministers Yashwant Sinha and Arun Shourie and lawyer Prashant Bhushan.

* The CBI has been probing the role of highly-placed individuals in the Medical Council of India (MCI) bribery case, which implicated retired High Court judge I M Quddusi. The chargesheet against Quddusi, sources said, had been prepared and was ready for Verma’s signature.

* The case of Justice SN Shukla of Allahabad High Court, who was sent on leave following allegations of corruption in medical admissions, had been identified as fit for investigation. Sources said a PE had been prepared and was awaiting Verma’s signature.

* Another case being looked at by the CBI was BJP MP Subramanian Swamy’s letters to the CBI, complaining against Finance and Revenue Secretary Hasmukh Adhia.

* The alleged role of IAS officer Bhaskar Khulbe, Secretary to the Prime Minister, is being investigated by the CBI in a case of allocation of coal mines.

* In another case, a Delhi-based middleman was raided in the first week of October. An alleged pay-off list and Rs 3 crore in cash were found and the CBI was told he had a role in bribing politicians and officials for “senior Public Sector Unit appointments”.

* The CBI probe into Sandesara and the Sterling Biotech case was nearing completion, and the alleged role of Asthana was being investigated.

There are questions about the legality of government action against the CBI Director – whether it has the authority to divest him of his powers and send him on compulsory leave. The Supreme Court, while hearing Verma’s plea, is expected to deal with the question. At a press conference on Wednesday, Union finance minister Arun Jaitley argued that the decision to send the two top officials on leave was due to a recommendation by the Central Vigilance Commission – a recommendation that is not in the public domain. “It was absolutely essential to restore the agency’s institutional integrity and credibility,” Jaitley said.

However, under the law, the chief of the CBI enjoys a fixed two-year term. It is argued that the government cannot even transfer him, much less divest him of his powers and send him on leave. In the 1998 Vineet Narain & Others vs Union of India Supreme Court case, the Supreme Court defines the powers of a selection committee to choose the CBI chief. The judgment is clear: “The transfer of an incumbent director, CBI, in an extraordinary situation, including the need for him to take up a more important assignment, should have the approval of the selection committee.”

Since 2013, as per the terms of the Lokpal Act, this selection committee is to consist of the prime minister, the leader of the opposition in Lok Sabha and the chief justice of India or a judge of the Supreme Court nominated by him. No selection committee recommended Verma’s forced leave. It was done on the orders of the Union government alone.

Moreover, the role of the Central Vigilance Commission (CVC) in the CBI only comes in to play when there is a case under the Prevention of Corruption Act, 1988. No such case exists against Verma. Hence, the Union government’s argument that it was acting on the advice of the CVC does not hold water either.