Foxconn, Wistron and Pegatron get approval for $143 billion investment under the Modi government’s Make in India initiative 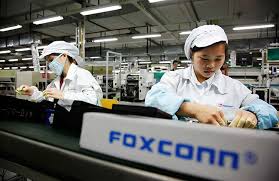 Major iPhone manufacturers were among 16 companies that were cleared for manufacturing products in India under the Narendra Modi government’s Make in India initiative which aimed at attracting investment of more than 10.5 trillion rupees ($143 billion) for smartphone production over the next five years.

Apple’s Key suppliers Foxconn, Wistron, Pegatron and Samsung Electronics were among a list of companies that got approval from the Ministry of Electronics and Information Technology. In the next five years, a total of 60 percent of the total production of Rs 6.5 trillion is expected to be exported to other countries.

Following the border clashes with China, India is approaching the world’s largest smartphone manufacturers to set up their manufacturing plants in the country instead of depending on Beijing. The ministry said Apple and Samsung together account for nearly 60% of global sales revenue from smartphones and this scheme would increase their manufacturing base in the country. This initiative is a part of the Production Linked Incentive program that intends to increase smartphone production with each resulting year.

Major Chinese companies like Oppo, OnePlus, Realme, Xiaomi and Vivo are not part of the program as they had not applied for the initiative. Currently, India’s smartphone market is dominated by Chinese smartphone vendors, covering 80% of market share.

This approval by the Ministry of Electronics and Information Technology would increase the scales of companies like Samsung and Apple after the market has been long dominated by Chinese smartphone manufacturers. Samsung used to be the leader in the Indian smartphone market but lost its top position because of the tough competition from Xiaomi and Vivo.