All accused in the alleged ‘mass molestation’ case at Delhi’s Gargi College cultural event, have been sent to 14-day judicial custody by a Delhi court. A case was registered in Hauz Khas police station and 11 teams had zeroed down and arrested 10 suspects.

The 10 accused were presented before the Saket District Court and as per courts order they will be transferred to Tihar Jail and be kept in 14 day judicial custody.

Earlier in the day, hearing Advocate ML Sharma petition demanding a CBI probe into the incident, a Supreme Court bench headed by Chief Justice SA Bobde dismissed had dismissed the petition. SC directed Sharma to approach the Delhi HC instead.

“If they (High Court) dismiss the petition then you come here,” said the of three comprising justices BR Gavai, Surya Kant and the CJI.

The case was registered at Hauz Khas Police Station in South District after receiving complaints from several students on February 6. The complainants had alleged that a group of men broke into Gargi College during its cultural fest ‘Reverie’ and allegedly harassed, groped and molested many. The students alleged that the college officials were well aware of the situation and adequate security arrangements were not made.

After the alleged incident a host of students and teachers of the college posted about their plight on various social media platforms which compelling the college administration and Police to act.

The Delhi Police registered case under IPC sections 452 (house-trespass after preparation for hurt, assault or wrongful restraint), 354 (assault or criminal force to woman with intent to outrage her modesty), 509 (word, gesture or act intended to insult the modesty of a woman) and 34 (acts done by several persons in furtherance of common intention) among others. 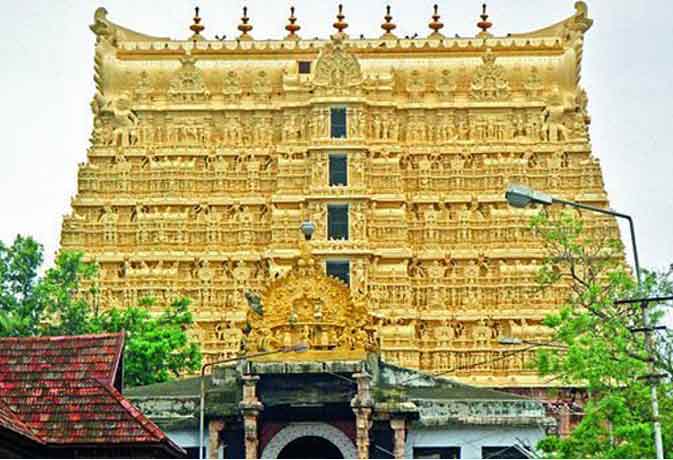 The Travancore royalty got the right from the Supreme Court in the management of the Padmanabhaswamy temple.

The Travancore royalty got the right from the Supreme Court in the management of the Padmanabhaswamy temple.