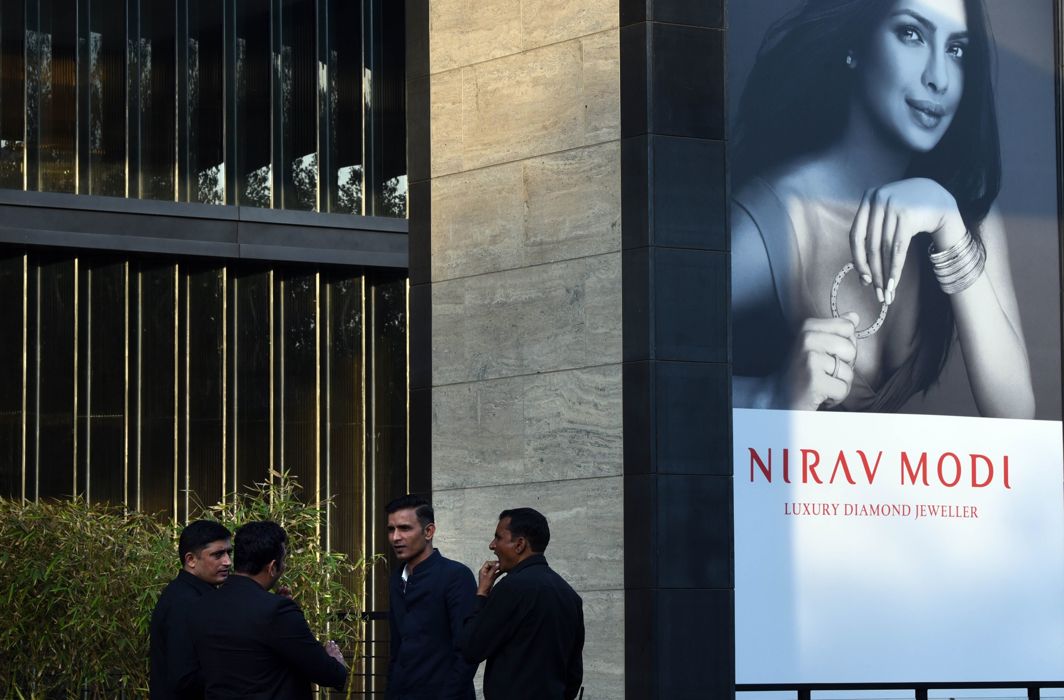 The Narendra Modi government will bring in a new law — the Fugitive Economic Offenders Bill — to confiscate assets of those who flee the country and refuse to return after committing frauds in excess of Rs 100 crore, said media reports.

The move comes in the backdrop of major bank frauds coming to light in quick succession recently. Nirav Modi, a diamond merchant accused in the Rs. 11,400-crore Punjab National Bank case, and his family members are currently abroad. In another case involving Rs. 389 crore of the Oriental Bank of Commerce, a Delhi-based jewellery exporter and his business partners fled the country in 2014. Under the existing laws, the bank has failed to recover the dues in the past three years, reported The Hindu.

In September, the Union Law ministry had approved the finance ministry’s draft of Fugitive Economic Offenders Bill, 2017, and its passage into law is now being expedited as part of the government’s response to the PNB scam, said a report in Moneycontrol.com.

The draft Bill followed an announcement in the Union Budget for 2017-18 that the government planned to introduce a legal measure to confiscate assets of the economic offenders who flee to foreign jurisdictions to escape the clutches of law.

The move came after Vijay Mallya, who owed more than Rs. 9,000 crore to the public sector banks, flew out of the country and refused to come back. It set off prolonged and multi-pronged legal proceedings, with the government still fighting a legal battle for his extradition from the UK.

The draft Bill defines a fugitive economic offender as any individual against whom an arrest warrant has been issued and who has either left the country or refuses to come back to face prosecution.

The Bill is likely to be introduced after Parliament reconvenes on March 6 for the second part of the Budget session. It defines fugitive economic offender as a person who has an arrest warrant issued in respect of a scheduled offence and who leaves or has left India so as to avoid criminal prosecution, or refuses to return to India to face criminal prosecution.

The draft Bill covers a wide range of offences including wilful loan defaults, cheating and forgery, forged or fraudulent document of electronic records, duty evasion and non-repayment of deposits among others.

As proposed, the Enforcement Directorate will be empowered under the Prevention of Money Laundering Act (PMLA) to initiate the proceedings. It has a provision enabling repayment of dues to creditors by disposing of confiscated assets, in case the accused offender continues to evade prosecution.

As listed in the draft Bill’s schedule, it will be applicable to various financial and allied offences as defined under the Indian Penal Code, the Prevention of Corruption Act, the Securities and Exchange Board of India Act, Customs Act and so on.

Once voted into law the new legislation will empower investigating agencies to confiscate, and vest with themselves, any property of the absconding offenders without an encumbrances.

Also, at the discretion of any Court, such person or any company where the absconder is a promoter or key managerial personnel or majority shareholder, may be ‘disentitled’ from bringing forward or defending any civil claim, in effect taking away the fugitive offenders’ rights to reclaim the assets.

The Bill’s provision is compatible with the provisions of United Nations Convention against Corruption (ratified by India in 2011) that recommends “non-conviction-based asset confiscation for corruption-related cases”.

In order to ensure that courts are not over-burdened with such cases, only those cases where the total value involved in such offences is Rs 100 crore rupees or more, is within the purview of this Bill. The Bill makes provisions for a court of law — a “Special Court” under the Prevention of Money Laundering Act (PMLA) — to declare a person a “fugitive economic offender”.

“It is widely felt that the spectre of high-value economic offenders absconding from India to defy the legal process seriously undermines the rule of law in India. It is necessary to provide an effective, expeditious and constitutionally permissible deterrent to ensure that such actions are curbed. To serve these ends, this Bill is being proposed,” said the Moneycontrol.com report, citing a government source.

While the PMLA allows the Enforcement Directorate (ED) to seize an accused, the law did not allow complete ‘non-conviction’ based asset attachment without any encumbrances.

Under current rules, the ED is entitled to provisionally attach a defaulter’s property “pending trial subject to confirmation by the adjudicating authority and appeal”. On conviction in the trial, the property stands confiscated, free from all encumbrances, to the central government – but it is a long drawn process.

Further, in large defaults, criminal proceedings are likely to be in several criminal courts across the country where assets are located. This multiplicity of proceedings may lead to conflicting orders of attachment by different courts.

Also, a court is unlikely to attach property outside its jurisdiction in the first place without the procedure for endorsement being followed. As a result of such delays, such offenders can continue to remain outside the jurisdiction of Indian courts for a considerable period of time.

The Fugitive Economic Offenders Bill is aimed at addressing these drawbacks. It will allow quicker attachment and disposal of property and assets helping recovery of defrauded or defaulted amount. It will also act as a deterrent for offenders to flee the country.