Home Latest india news Govt files affidavit on Rohingyas in SC, maintains they are a threat... 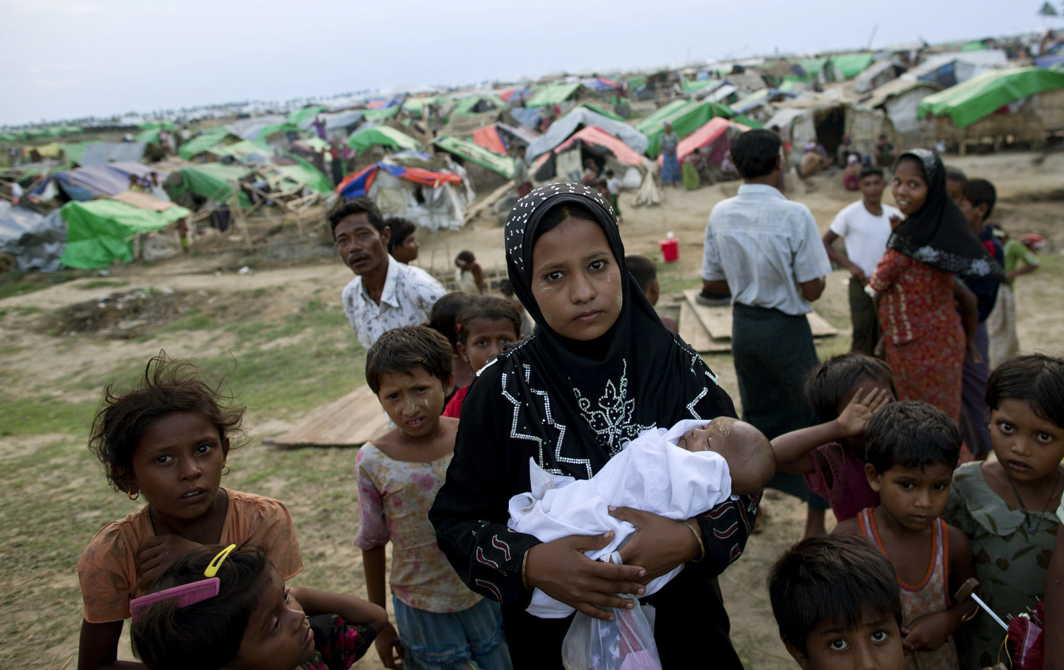 Contents of the affidavit filed, on Monday, are the same as those mentioned in the “incomplete” document that was “inadvertently” sent to lawyers last week

Three days after Union home minister Rajnath Singh and the Centre hurriedly claimed that an affidavit that termed Rohingya Muslims a “threat to national security” was “inadvertently” sent to lawyers representing two members of the ethnic minority in a deportation case in the Supreme Court and that it was “incomplete”, the Centre, on Monday, filed its affidavit which stuck to the claims made in the ‘leaked’ document.

The affidavit filed before the Supreme Court through Mukesh Mittal, joint secretary (foreigners) in the Union ministry of home affairs (MHA), maintains that Rohingyas are “a direct threat to national security” and urges the apex court to “decline its interference leaving to the Central Government to exercise its essential executive function by way of a policy decision in larger interest of the country (sic)” to pave the way for deporting nearly 40000 Rohingya refugees back to Myanmar.

The government has stuck to its claim that the Rohingyas – one of the world’s most persecuted ethnic minorities – are “illegal immigrants” and should be sent back to Myanmar.

The Rohingyas have been fleeing Myanmar for decades and the exodus has seen a marked increase over the past few months amid reports of mass killings of the ethnic minority by the Myanmar military despite appeals for calm and peace directed at Myanmar state counsellor and Nobel Peace laureate Aung Saan Suu Kyi by the international community and rights activists.

However, the Indian government is keen to shut its doors in the Rohingyas.

The affidavit states that it has been “found by the Central Government that many of the Rohingyas figure in the suspected sinister designs of ISIS/other extremist groups who want to achieve their ulterior motives in India including that of flaring up communal and sectarian violence in sensitive areas of the country”.

“A fragile north-eastern corridor (of India) may become further destablised in case of stridency of Rohingya militancy, which the Central Government has found to be growing, is permitted to continue. There is also a serious potential and possibility of eruption of violence against the Buddhists who are Indian citizens and who stay on Indian soil by the radicalised Rohingyas,” the affidavit adds further.

An earlier copy of the affidavit that had been received by the lawyers representing the petitioners in the deportation case last week but was termed as “incomplete” by the MHA had mentioned that “There is also a serious potential and possibility of eruption of violence against the Myanmar government/its diplomatic missions” by the Rohingyas – a mention that has now been deleted from the final affidavit submitted before the apex court.

However, the affidavit filed on Monday asserts that: “illegal influx of Rohingyas, in significant numbers, have started into the territory of India since 2012-13 and the Central Government has contemporaneous from security agencies inputs and other authentic material indicating linkages of some of the unauthorised Rohingya immigrants with Pakistan based terror organisations and similar organisations operating in other countries.”

The Centre has also held that: “some Rohingyas with militant background are also found to be very active in Jammu, Delhi, Hyderabad and Mewat, and have been identified as having a very serious and potential threat to the internal / national security of India.”