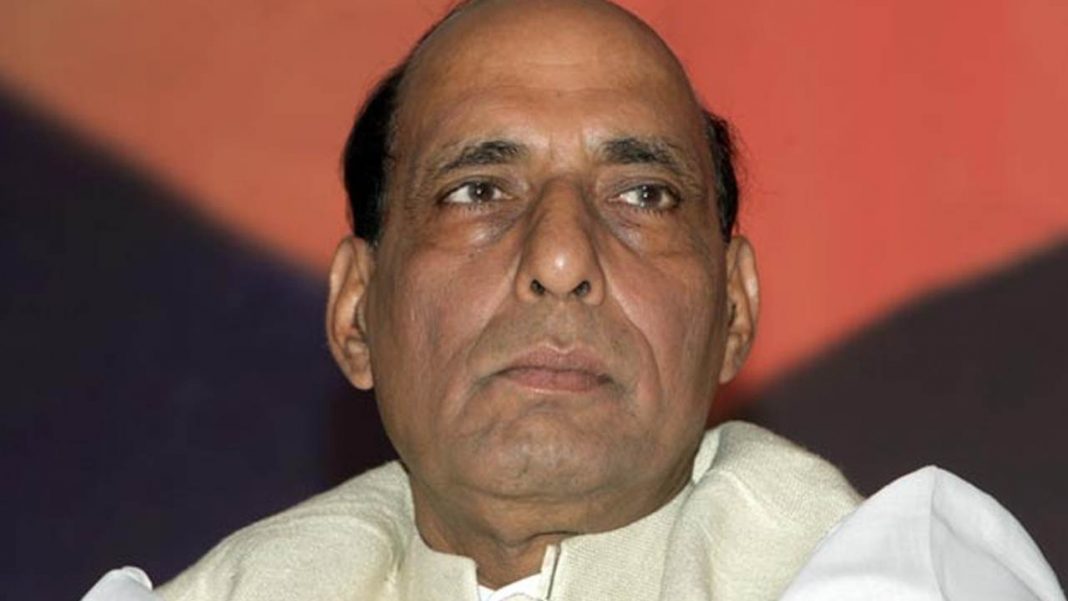 Amid continued tensions in the Valley, Union home minister reiterates that he’s willing to talk to all stakeholders for resolving all problems of the state

Amid rising concerns among the people and political stakeholders in Kashmir over the Supreme Court’s forthcoming verdict on a petition that seeks quashing of Article 35A that gives the state some special rights, union home minister Rajnath Singh has assured that the Centre “will not go against the sentiments” of the Kashmiri people on the polarising issue.

Singh, who is on a four-day visit to the strife-torn northern state, spoke to the media in Srinagar on a range of issues including the possible abrogation of Article 35A, militancy in the Valley, need for confidence building measures and the Centre’s roadmap for restoring lasting peace in the region.

“I understand there is no scope for doubt or suspicion (on whether Article 35A will be quashed). Nowhere has the central government initiated anything with regard to this issue. We have not gone to court. I am not talking only about Article 35A. Whatever we do, whatever our government does, we will not do anything against the sentiments of the people here. We will respect them,” Singh said, replying to a volley of questions over the Centre’s stand on a petition in the Supreme Court that demands abrogation of Article 35A.

Article 35A is a provision in the Indian Constitution under Article 370 that grants special rights and privileges to the State and its citizens. While the BJP has traditionally been a votary of quashing the Article, the latest row over the issue began when the Centre informed the Supreme Court during arguments in a case that demands abrogation of the special constitutional provision that the matter requires a “larger debate”. The Centre’s submission was at variance with previous governments which had always insisted that Article 35A should not be diluted or quashed.

Singh’s clarification expectedly was welcomed by the two key Kashmiri political parties like the ruling PDP – with which the BJP is in alliance in the state – and the National Conference. Former J&K chief minister Omar Abdullah of the NC said: “This is a very important statement from the Union home minister. His assurance will go a long way towards silencing the noises against Article 35A. The Union government must now file a counter affidavit in the Supreme Court to defend Article 35A. That is the way to carry this assurance forward.”

Asked whether Prime Minister Narendra Modi’s government was willing to speak to separatists and leaders of the Hurriyat Conference in Kashmir to find a solution to the problems of the state, Singh said: “Whenever I have come here, I have come with an open heart and an open mind. I said I want to speak to everyone. People who have to talk should step forward.”

At a time when Kashmir was repeatedly witnessing major unrest among its civilian population, especially the youth, with recurring incidents of stone pelting and violent protests by them against the security forces deployed in the conflict areas of the Valley, Singh advocated for a more humanitarian approach towards stone pelters.

The union home minister said he had told the state government and security agencies not to be harsh with minors arrested for stone-pelting. “At the security review meeting, I told them, that small children, those under 18 years… many of them would have committed a crime, a mistake after coming under somebody’s influence. But they should not be treated like criminals. Whatever action you have to take against them should be under the Juvenile Justice Act. I also appeal to the stone-pelting youth to stay away from such activities.”

Singh, who had last month claimed that his government would find a permanent solution for the “Kashmir problem” by 2022, said that this solution would be based on “5 C’s – compassion, communication, co-existence, confidence-building and consistency”.

Talking tough on Pakistan and its role in spreading terror in Kashmir and other parts of the country, Singh said that while India had wanted good relations with its neighbour and made every effort to achieve them, the response from Pakistan “had not been what was expected”.

“What has the neighbour been doing… infiltrating terrorists. I want to tell Pakistan to stop infiltration,” Singh said.

Earlier, addressing displaced border villagers at a relief camp in Nowshera town in Rajouri district, Singh said that he had told the director general of Border Security Force (BSF) in 2014 that “we shouldn’t fire first but if they (Pakistani forces) fire even a single bullet then there should be no count of bullets from our side.”

Insisting that India “wasn’t weak anymore” under the leadership of Modi, the home minister said that the security forces in the Valley had been authorised to strike hard against Pakistan if the neighbour violates ceasefire or indulges in direct or indirect terror activity in the region.

“The situation has improved from what it was in 2014 after security forces were authorised to retaliate strongly. It will improve further in the days to come. Pakistan has no option but to stop ceasefire violations today or tomorrow. I assure all of you that situation will improve in the coming days,” he said.