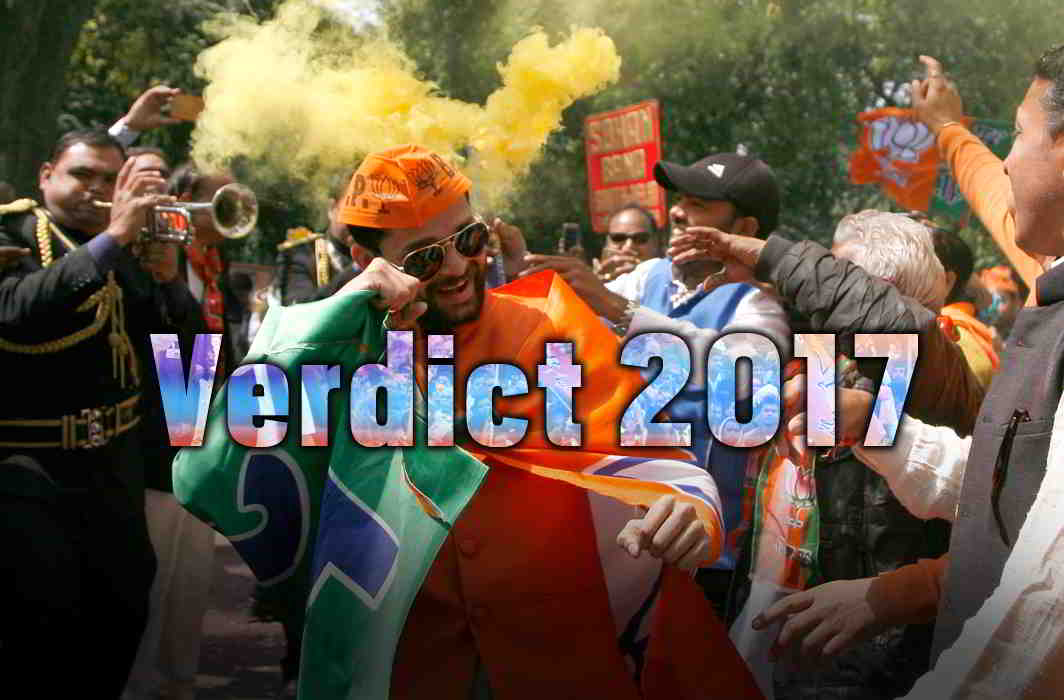 The Bharatiya Janata Party (BJP) is over the moon. Probably even they failed to anticipate the magnitude of the victory in Uttar Pradesh, the same that happened during the 2014 Lok Sabha polls. Here are some critical reactions from the BJP, given at press conferences and on Twitter.

“Spoke to @capt_amarinder & congratulated him on the win in Punjab. Also wished him a happy birthday & prayed for his long & healthy life.”

“This is not a victory but mega victory. By attaining new heights of success in UP and Uttarakhand, the BJP has changed the political landscape of the country.”

“People have lost faith not in EVM but in the elephant symbol.”

It is Prime Minister Narendra Modi’s administrative leadership, it is Amit Shah’s organisational skills, it is the karyakartas’ hard work in every constituency and it is the people’s faith in the development promise of the BJP that have resulted in this stunning victory… Not everyone is a Rahul Gandhi who is missing from his own constituency… Amitbhai looked at the details at the booth level. The saying that god is in the details worked in case of BJP. The Muslims themselves have given an indication that they can no longer be ignored on issues of development or be treated as a vote bank by voting emphatically on development issues for the BJP.

“On March 21, I will go before SC and ask for early day to day hearing of the Ram Mandir case. I expect now UP govt will not oppose me.”

“Except the top leaders, no more knows who will be UP Chief Minister. Amit Shah will pull out a rabbit from the hat.”

Mohsin Raza: “It was a vote for change, a vote of trust. People cast their votes leaving aside religion and caste politics.

Anila Singh: “The way corruption has become rampant. It’s important to open files to set an example. This was our promise, to give them a transparent government. I am happy at the blessings that the up voters have given us. The electorate has taught them a big lesson. It is time they accept it with grace.