The video includes a montage of cricketer's pictures with his late father. 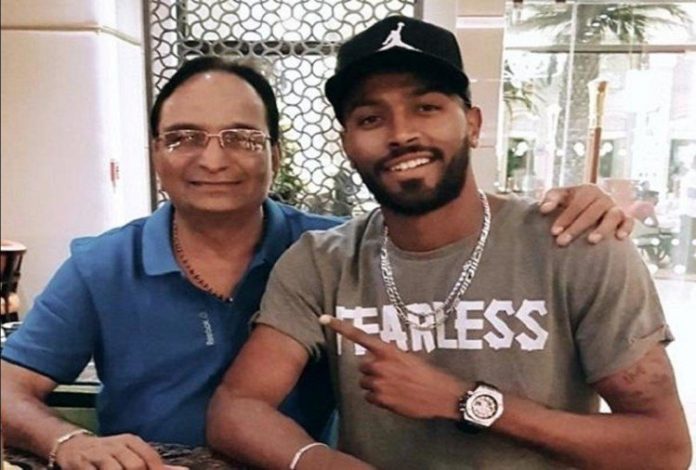 Team India’s all-rounder Hardik Pandya, who recently lost his father Himanshu Pandya following a cardiac arrest, paid an emotional tribute to him along with a video. The video includes a montage of cricketer’s pictures with his late father. It also has a snippet of megastar Amitabh Bachchan with Pandya senior in which the actor showers praises on him for bringing up as on who has made the country proud.

Hardik and Krunal’s father Himansu Pandya had passed away last Saturday. His last rites were performed by both brothers. While Hardik had recently returned home after the conclusion of ODI series against Australia, his brother Krunal had to come out of bio bubble in the ongoing Syed Mushtaq Ali Trophy where he was captaining Baroda.

The Pandyas had earlier posted heartfelt notes following the passing of their father. Following is father’s funeral Hardik had written- Rest in peace my king. You were a Happy soul! I will miss you everyday dad Love you always.

Hardik will soon be returning to ground as he as been named in the team which will be taking on England in the upcoming Test series. The first Test of the series will be played in Chennai from February 5.

Earlier, Indian captain Virat Kohli had said Pandya will not be included in the Test squad until he is completely fit. However, he was later included in team as a batsman and not all-rounder.

The four-test series between the hosts and England will conclude on March 8.