Home Latest india news His jail or bail up to CJI to decide now, Chidambaram evades... 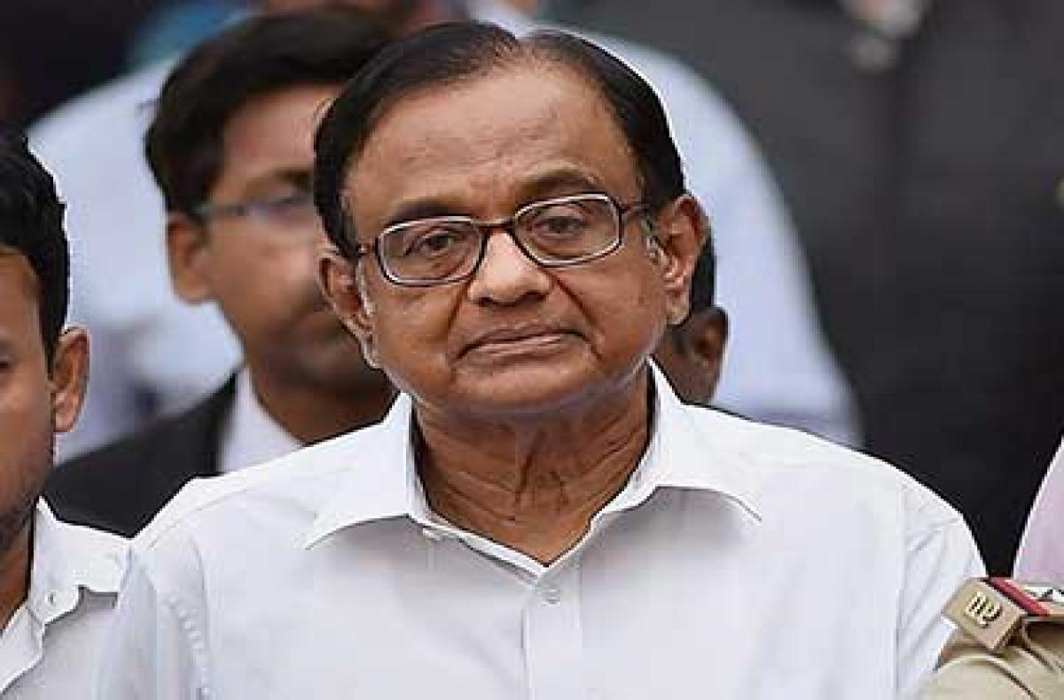 Justice Ramana said that he will forward the matter to Chief justice of India (CJI) Ranjan Gogoi, since this is a case of ‘monumental money laundering’ and directed Chidambaram’s lawyers to complete the necessary formalities in the meantime.

Chidambaram’s lawyers Kapil Sibal, Salman Khurshid and Vivek Tankha waited before the CJI Ranjan Gogoi’s Constitution Bench till the Bench hearing Ayodhya matter rose for the day, but did not mention urgent listing of interim bail case. A report said they expected CJI to enquire why they were there before leaving the court room. But the CJI left without a word at them.

The CBI and Enforcement Directorate (ED) filed a caveat in the Supreme Court in the petition filed by Congress leader P Chidambaram seeking protection from arrest. This would mean that the apex court will hear the probe agencies before passing any order in the matter.

The ED has issued a fresh lookout circular against P Chidambaram today, said reports. They said the alert notice against the Congress leader has been sent to all land, air and seaports and law enforcement agencies at these facilities. It says the ED should be alerted in case the person is found on their premises.

Chidambaram faces arrest in the INX Media case relating to alleged irregularities in the Foreign Investment Promotion Board (FIPB) clearance to the media group for receiving overseas funds to the tune of Rs 307 crore when Chidambaram was the Union finance minister.

After the Delhi High Court rejected the former Union finance minister’s anticipatory bail plea, he approached the Supreme Court seeking protection from arrest in the case. Chidambaram’s lawyer Kapil Sibal requested the Supreme Court registrar for urgent listing of his petition yesterday. The registrar asked Sibal to mention the matter before Justice NV Ramana, the third senior-most judge in the SC, on Wednesday as Chief Justice Ranjan Gogoi and Justice SA Bobde, the second senior-most judge, were both part of a Constitution Bench hearing the Ayodhya matter.

Justice Ramana remained non-committal about granting an urgent hearing. The judge simply told the lawyers that the case file would be placed before the Chief Justice. It is the prerogative of the CJI, as master of roster, to decide the time of the hearing and the appropriate Bench before which the case would come.

“I will send the file to the Chief Justice now itself,” Justice Ramana responded to Sibal’s plea for protection from arrest.

Strongly refuting the plea for protection to Chidambaram, Solicitor General Tushar Mehta, for the CBI, said “this is a case of money laundering of monumental magnitude.”

“Finish all your formalities, I will send the file to the Chief Justice,” Justice Ramana assured Sibal again.

Shortly thereafter, the entire legal team trooped into the Chief Justice’s court where the Ayodhya Bench was about to assemble.

Though Mr. Sibal and his team stood in the front row in eager anticipation, they remained silent after a bout of frantic whispering among each other as soon as the five-judge Bench led by Chief Justice Gogoi assembled for the day.

The team made their way out of the court room without uttering a word to the CJI, who glanced at them in taut silence before gesturing to senior advocate CS Vaidyanathan to resume his arguments for Ram Lalla Virajman, the infant deity of Ayodhya.

Outside the court, Tankha explained their decision to keep mum. “We did not mention because we think the Chief Justice will pass an order and assign a Bench to hear the case today itself.”

This did not happen. The team of Chidambaram’s lawyers kept waiting till the Bench rose for the day and CJI Gogoi left.

Last night, when teams from the CBI landed up at his house after the court rejected his plea for anticipatory bail, they could not find Chidambaram. The CBI then pasted a notice outside his house asking him to appear before them within two hours of receiving the note.

It is almost certain that he faced arrest in “INX Media case”. He is accused of facilitating foreign investment in a media company as Finance Minister in the Congress-led UPA government at the instance of his son Karti, who allegedly received kickbacks for his role. Calling it a classic case of money laundering, Justice Sunil Gaur said: “It was pertinently observed that the economic crimes of such mammoth scale are craftily planned and executed. This grant of bail in cases like instant one will send a wrong message to the society.”

Shortly after the order, a CBI team of six officers showed up at Chidambaram’s home at Jor Bagh in south Delhi. After a few hours, the team left and another from the ED arrived.

Finally, around midnight, the CBI pasted a notice that read: “Whereas it appears that you are acquainted with the facts and circumstances of the case noted below, which I am now investigating under Chapter XII of the Code of Criminal Procedure, you are hereby directed to attend before me within two hours of the receipt of this notice for the purpose of investigation of case.”

This morning, Chidambaram’s lawyer demanded to know from the CBI under what law he had been asked to appear within two hours.

The case relates to a First Information Report (FIR) registered by the CBI on May 15, 2017, against alleged irregularities in the Foreign Investment Promotion Board (FIPB) clearance provided to INX Media for receiving overseas funds to the tune of Rs 305 crore in 2007, when Chidambaram was Finance Minister.

Later in 2018, the Enforcement Directorate (ED) lodged a money laundering case in this regard. The High Court vehemently dismissed Chidambaram’s claim that the case had nothing to do with money laundering. In fact, the August 20 High Court order clubs the INX Media case with the Aircel Maxis one, saying the “money laundering involved in this INX Media scam is Rs 305 crore and Aircel-Maxis scandal is Rs 3,500 crore.”

Chidambaram said he was summoned only once on June 6, 2018, in the case. “He had duly appeared and answered all questions, and no summons was issued thereafter,” the petition said.

“The High Court failed to appreciate that it is the case of the Petitioner that the FIR was baseless, politically motivated and an act of vendetta against the Petitioner (and his son Karti Chidambaram) because the Petitioner is a vocal critic and opponent of the present Central Government both inside Parliament and outside. The Petitioner is a sitting Member of the Rajya Sabha,” the petition said.

The petition contended that the CBI is learned to have sought sanction to prosecute Mr. Chidambaram on January 21, 2019. It can be thus inferred that the investigation into the case is over. If the probe was completed without the need for arresting him, why was there a need to suddenly arrest him now?

The allegations pertain to official acts done 11 years ago. “All actions are recorded in the files. All files and documents are in the custody of the CBI. There is nothing to be recovered from the petitioner,” Chidambaram contended. There had been no instance of him tampering with the evidence.

No official has been arrested in the case. The High Court had granted his son bail. It is unjust to single him out to deny bail, the petition said.

The petition contended that the High Court order referred to transactions and private companies that had nothing to do with INX Media or FIPB approvals obtained in 2007-08.

Finally, Justice Gaur spends considerable space to Karti Chidambaram, which has nothing to do with the anticipatory bail application filed by P Chidambaram.

The petition said the order was largely a “cut and paste” of a note given by the Centre to the High Court.