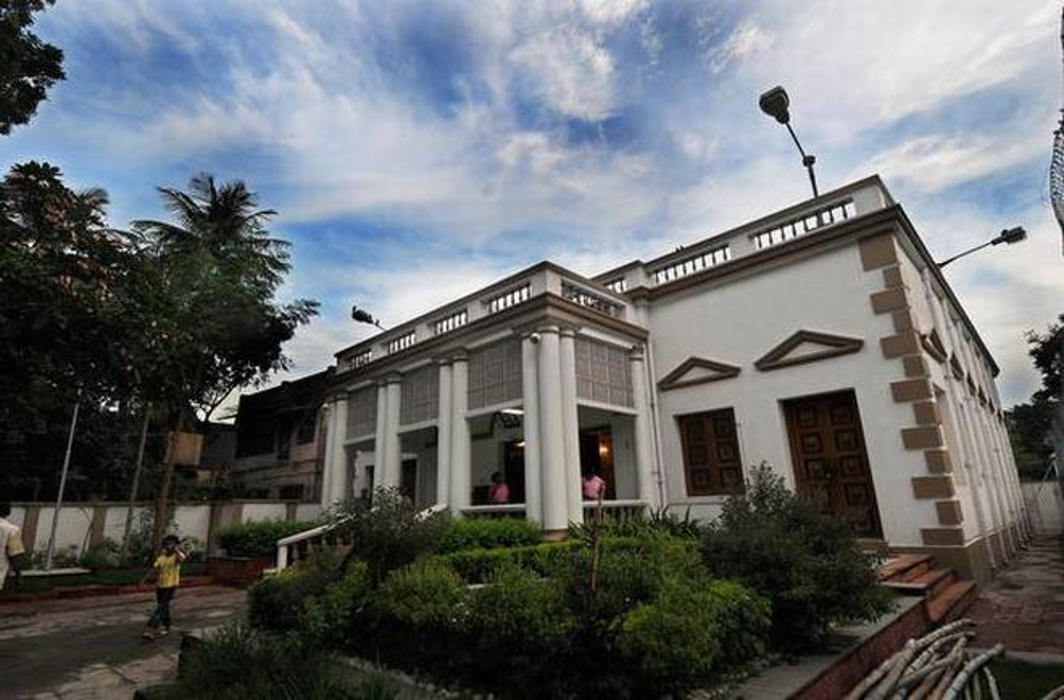 Photographs of Mahatma Gandhi‘s 1947 stay at Beliaghata in Kolkata and articles used by him during the over three-week period when he tried to douse the flames of communal violence will be on display from October 2 at the house that hosted him, which is now been developed as a full-fledged museum, according to reports.

In August and September of 1947, Gandhi chose to be in Kolkata, away from the celebration of Independence, with some of his followers to calm the rioters down.

“The city was in flames. Gandhi and his followers stayed in the building and sat on an indefinite fast on August 31. Gandhi called off the fast on September 4 after leaders of the two communities visited him and laid down arms at his feet and cried for forgiveness,” said an office-bearer of the Purba Kolkata Gandhi Smarak Samiti, which has been managing the building since late 1950s.

On August 13, 1947, Gandhi and his followers moved to the building, earlier known as ‘Hyderi Manjil’, and lived in two of its seven rooms as only these two were inhabitable, she added.

However, once Gandhi left on September 4, the building again went into decay.

On October 2, 1985, the state government’s Public Works Department carried out some maintenance works there in consultation with the samiti and and it was named ‘Gandhi Bhavan’. But it didn’t draw wider public attention.

However, with limited resources of the samiti, there was not much public knowledge about the building and some of its exhibits and hence the number of visitors were few. In 2018, the state government fully took over the building and it has been massively upgraded. This renovated building will open as a full-fledged state-run museum on Wednesday, when the nation celebrates the 150th birth anniversary of the Father of the Nation. After the restoration of the entire building, these items will be displayed in a better and more organised way, the official said, expressing satisfaction the state government has taken the organisation on board in turning the building into a full-fledged museum.

There will be some new additions in the museum too. “Items used by Gandhiji in the ashram he set up at Sodpur, 10 km from Beliaghata, to help inmates weave clothes by Charka and his correspondence (letter) with people in Noakhali, in present day Bangladesh, during the period of turmoil in Kolkata and Noakhali will also be added,” she said.

Also newspaper clippings recording that turbulent phase in Bengal history will also be displayed in all the seven rooms of the museum, she added.

“There are photographs too. For example, one is of a pensive Gandhiji looking at a dimly-lit lantern. Another image captured on September 4, showed teary-eyed community leaders asking him to call off the fast on. Another photo portraying Gandhi in ‘mounobrato’ (silence),” the office-bearer said.

A glass case with three swords surrendered to the Mahatma by the rioters will also be on display, she said. “Hyderi Manjil is not just a building; it is associated with many memories. It was the epicenter of the fight against communalism,” said the samiti officer-bearer.

“The museum, in its full glory and as a state-run facility, will be unveiled on October 2 to let the present generation knows more about Gandhiji and his association with the city,” she said.

After the restoration, the building is now safeguarded by a high wall and the steps are paved with marbles. Its large central hall houses several wall paintings, crafted by the students of Rabindranath Tagore’s Viswa Bharati, on the 1947 communal violence.

Biswanath Dey, who passed away in 2017, was one of the associates of Gandhi during his stay. His daughter-in-law recalls with pride how Gandhiji asked him to accompany him during his morning walks to a nearby canal every day.

“My father-in-law, who was a teenager in 1947, used to say he was a part of six youths who would be always on Gandhiji’s side,” she recalls.

Another nonagenarian, who frequented the place in those days and liked by Bapu, says she recently visited the place and was very happy with the ongoing maintenance work. She is now settled in South Africa.

An official of the Information and Cultural Affairs department said the museum will have three divisions. “There will be one section depicting Gandhiji’s birth, death and political life; this will be the new addition to the previous museum, run by the voluntary organisation. There will be another section on his relations with Hyderi Manjil. And the third will show how he prevented the riots in Kolkata and Noakhali form escalating further. Newspaper clippings and other books and archival materials will be kept there,” the official said.

There will be audio-visual presentation, another new addition, with voice-over in one section of the museum, a top official said. Besides a big gate, frescoes depicting non-violent movements of Gandhiji have been put up on the walls of the museum for the grand opening. A government official said an entry fee will be charged after all the objects are completely restored and put on display.