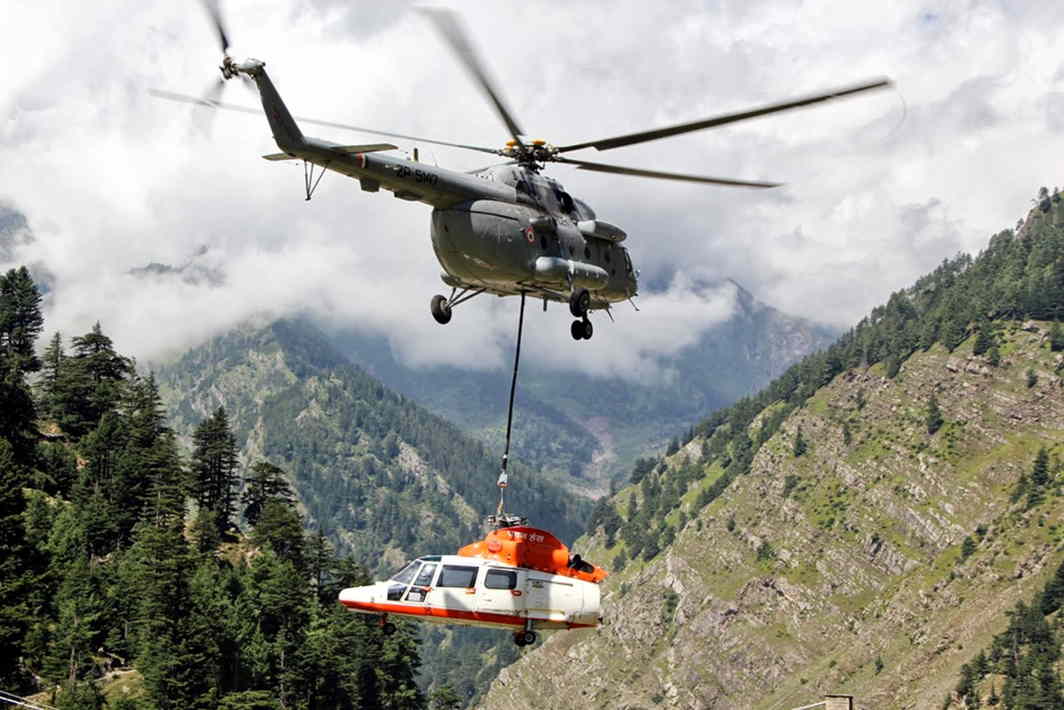 The Indian Air Force has ordered a court of inquiry to ascertain the cause of the accident, second such incident since July this year

Am IANS report quoted Tawang district Superintendent of Police Manoj Kumar Meena as saying that “all the seven people on board” had been killed. Meena told the news agency that the “crash site is a forested area” and that the bodies of the personnel killed are being brought to the helipad near Tawang. “We are told that all (killed) were defence personnel,” Meena said.

According to reports, the helicopter had taken off from Arunachal’s Tawang sector in the wee hours of Friday to carry out an air maintenance mission in the hilly terrain. However, at around 6 am, the chopper reportedly crashed in Chuna area of the state’s Yangtse sector situated around 12 kilometers from the India-China border and 100 kms from Tawang.

As per protocol, the IAF has ordered a court of inquiry to ascertain the cause of the accident.

The Mi-17 V5 is a Russia made transport helicopter which can carry a substantial pay load to higher altitudes and is considered to be the backbone of the Indian Air Force. Over 100 such helicopters are in service presently and are extensively deployed in rescue operations during natural disasters. The chopper had been most recently deployed in Gujarat and Rajasthan during flood relief operations.

This is the second incident of an IAF chopper crashing in Arunachal Pradesh this year. In July, an IAF helicopter had gone missing after it took off from Pilputu Helipad for the Haharlagun heliport. Its wreckage was later found with two mutilated bodies by a search and rescue team.

Friday’s incident comes just a day after Air Chief Marshal BS Dhanoa had expressed concern over armed forces facing losses due to such crashes, among other reasons, during peace time. “Our losses during peace time are cause of concern. We are making concentrated efforts to minimize accidents and preserve our assets,” Dhanoa had said.