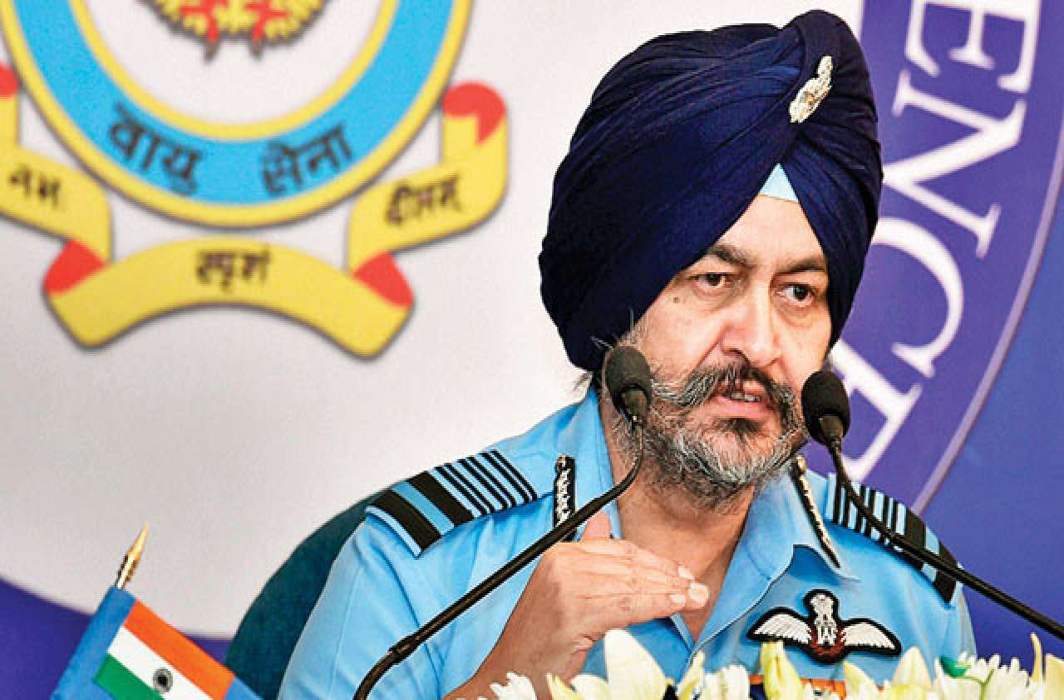 Addressing the press in Coimbatore, the Air Chief said: “IAF is not in a position to clarify the number of casualties. The government will clarify that. We don’t count human casualties, we count what targets we have hit or not.”

The Air Chief’s remarks come a day after BJP president Amit Shah claimed that over 250 terrorists were killed in the IAF air strike deep inside Pakistan. “After the Uri attack, the army did a surgical strike. After the Pulwama attack, people said there could not be a surgical strike due to the high level of alertness. But on the 13th day, the Narendra Modi government carried out an air strike, and more than 250 terrorists were killed without suffering any losses,” Shah had said on Sunday.

“When we plan to hit a target, we hit the target,” said Dhanoa. “Otherwise, why would they [Pakistan] have responded?”

On February 27, Pakistan in return had claimed that its Air Force had struck “non-military” targets across the Line of Control in a show of its capability, and had shot down two Indian aircraft that tried to respond. India said it had shot down a Pakistani jet that tried to target military installations. A pilot of the Indian Air Force, Wing Commander Abhinandan Varthaman, was taken in custody by Pakistan after his MiG-21 Bison was shot down. He was later released and came back to India on Friday night.

Dhanoa said that Pakistan would not have felt the need to respond if the IAF had dropped bombs in a jungle. Pakistan’s Climate Change Minister Malik Amin Aslam had earlier claimed that the IAF jets had bombed a “forest reserve” and damaged dozens of pine trees.

Responding to why the MiG-21 Bison was used to chase away Pakistani fighter jets, Dhanoa said the aircraft was an upgraded version and was capable of retaliation. “The Mig-21 Bison is a capable aircraft, it has been upgraded, it has better radar, air-to air missiles and better weapons system,” he said. “When the adversary attacks you, every aircraft available is used. All aircraft are capable of fighting the enemy.”

In his first remarks since the February 26 attack on a Jaish-e-Mohammed camp in Balakot in Pakistan, Dhanoa said the Rafale jet should come into India’s inventory by September.

Questioned about the capability of the MiG 21 Bison, which was among the IAF aircraft used to repel the Pakistan fighter jets that violated Indian airspace, Dhanoa said: “The Mig-21 Bison is a capable aircraft, it has been upgraded, it has better radar, air-to-air missiles and better weapons system… We fight with all the aircraft in the inventory. Remember the initiative is always with the adversary.”

When asked about the present situation on the border, he said: “It is an ongoing operation, I will not comment on it.”

On whether IAF wing commander Abhinandhan Varthaman would fly again, Dhanoa said: “Whether he flies again or not depends on his medical fitness. That’s why post-ejection, he has undergone medical check. Whatever treatment required, will be given. Once we get his medical fitness, he will get into fighter cockpit.”

The President said India is committed to peace but will use “all our might” to protect the nation if the need arises. He said the country’s valour was on display when, on February 26, the Indian Air Force (IAF) conducted pre-emptive air strikes on a terrorist camp of the Jaish-e-Mohammed in Balakot, Pakistan.

“India remains firmly committed to peace, but in case the need arises, we will use all our might to protect the nation,” the President said. “Our Armed Forces reflect our resolve. This valour was on display very recently, as the IAF carried out pre-emptive strikes on a terrorist camp.

The strike was in retaliation to the Pulwama suicide attack on February 14, in which 40 jawans of the Central Reserve Police Force were killed. The bombing was claimed by Jaish-e-Mohammad, led by Pakistan-based Masood Azhar.

Hours after the pre-dawn operation, Gokhale said India had carried out “non-military preemptive” strikes on Jaish-e-Mohammad’s biggest terror camp after receiving credible intelligence that the outfit was attempting suicide attacks in various parts of the country.

Meanwhile, a Hindustan Times (HT) report said an audio message issued by a senior leader of Jaish-e-Mohammed appears to confirm that Indian jets hit the militant training camp run by the Pakistan-based outfit in Balakot and inflicted significant damage.

The message, that contradicts Islamabad’s version that the Indian operation hit only a patch of trees, bears the voice of Maulana Ammar, who has been identified as the brother of JeM founder Masood Azhar. It was first tweeted out by a Pakistani journalist who lives in France and has been verified by Indian security agencies, said the HT report quoting officials.

“The enemy announced a war by crossing its borders to enter an Islamic country and launching bombs on Muslim schools. So, raise your weapons and show them if jihad is still an obligation or a duty,” the man is hearing saying in the recording, which officials believe was made two days after the Balakot air strike and played out as an address to militants at the Madrassah Sanan bin Salma in Peshawar.

“Let me remind you that the Indian aircrafts did not bomb the safe house of any agency, they didn’t attack any headquarters, they didn’t attack the meeting points of agencies (JeM), they attacked the schools where students were being trained to understand jihad better and vowed to help “oppressed” Kashmiris. By entering our territories and attacking our schools, India has ensured the beginning of jihad against them,” he said.

A senior Indian security agency official said the address was a “clear confirmation of the effectiveness of the airstrikes”. “The tone and tenor of the message also indicate that the strikes have hit the group hard forcing a senior functionary to issue a message to their cadre,” the HT reported the unnamed official as saying.