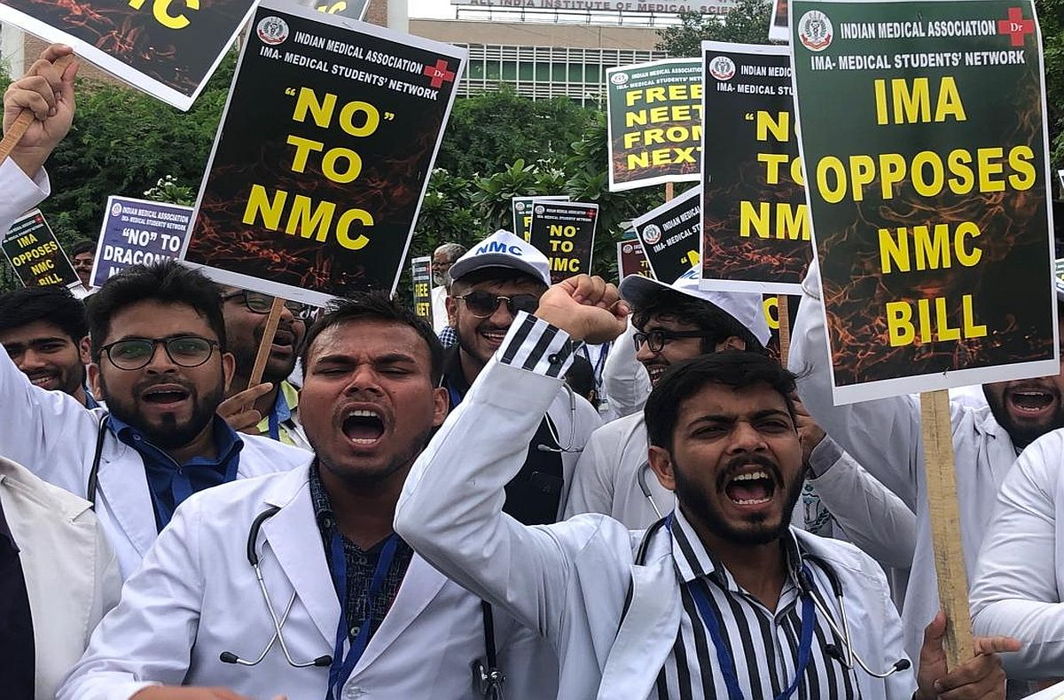 Terming the clearance of the NMC Bill 2019 by Lok Sabha as “anti-people, anti-poor, anti-students, anti-democratic and draconian in nature”, the IMA said there will be a ‘token strike’ on 31 July against the passage of the bill.

Non-essential and OPD services will remain withdrawn under the strike. The protest will begin at 6 am.

The Indian Medical Association asked medical students to boycott classes in solidarity with its protest programme.

“The Lower House on Monday dumped healthcare & medical education of this country into darkness by approving undemocratic Bill,” noted the IMA.

It added that Section 32 of the NMC Bill provides for licensing of 3.5 lakhs unqualified non-medical persons to practise modern medicine.

The NMC Bill, which will now will now be presented in the Rajya Sabha, seeks to regulate medical education and practices in India and has been described by the government as one of the biggest reforms that will end ‘inspector raj’ in the medical education sector.

The bill also seeks to replace Medical Council of India, the regulatory body for medical education in the country, with National Medical Commission, doing away with NEET PG exam, and introduction of National Exit Test (NEXT) in the last year of MBBS which would double up as an entrance test for PG medical and dental courses.

The bill seeks to repeal the Indian Medical Council Act1956 in the wake of allegations of corruption against the 63-year-old Medical Council of India (MCI) and shortcomings in the process by which it regulated medical colleges.

On Monday, when the bill was passed in the Lok Sabha, over 5000 doctors, medical students and healthcare professionals from across the country staged a protest against the bill following a call given by IMA, with a march being held from AIIMS to Nirman Bhawan in New Delhi.

“The NMC is the worst bill ever introduced in the medical education system and unfortunately a health minister, who is also a doctor, is adamant in destroying his own education system. We will not accept this atrocity at any cost,” IMA national president Santanu Sen said.

“The proposed bill is anti-people, anti-poor, anti-students, anti-democratic and draconian in nature. Medical students were part of this pious education system have also joined hands to protect our education system and uproot this NMC bill,” Sen said.

The protestors were detained from near Nirman Bhawan before the strike was called off on Monday.

Since its introduction in Parliament, the medical fraternity voiced protest against the Bill with thousands of its copies being burnt at various organisations across the nation.

National president-elect, IMA, Rajan Sharma, said the addition of Section 32 in the bill will only legalise quackery by empowering the community health providers to practice medicine, thereby endangering the lives of people.

“There has never been a blatant pro-rich bias of this intensity. The NMC bill is a pro-private management bill paving the way for widespread corruption,” Sharma said.