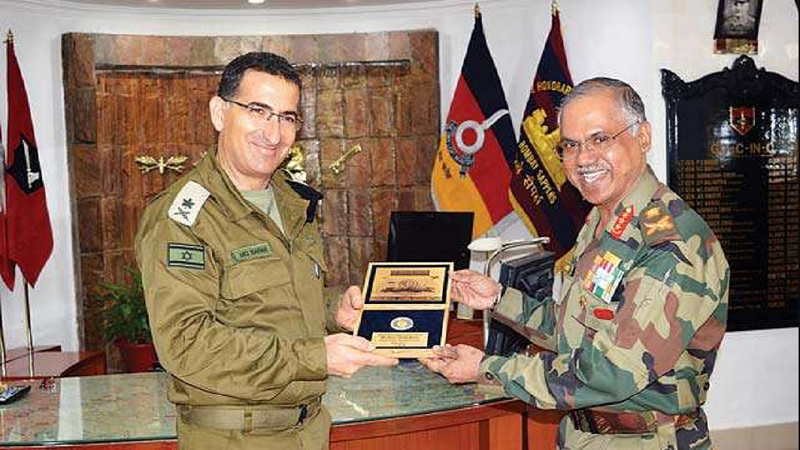 India and Israel have decided to enhance cooperation between their armies. The issues of mutual interest were discussed in a meeting between General Officer Commanding in Chief of the Northern Command Lt Gen Devraj Anbu and visiting Israel’s Chief of Ground Forces Command Major General Yaakov (Kobi) Barak  at Indian Army’s Northern Command in Udhampur district in Jammu and Kashmir on Tuesday.

The visit of the top Israeli army commander to Northern Command comes three months after PM Narendra Modi visit to Israel. During PM Modi’s visit, both sides vowed to fight against the menace of terrorism.

India and Israel established diplomatic ties in 1992. The two sides enjoy an extensive economic, military and strategic relationship. India is the largest buyer of Israeli military equipment and Israel is the second largest supplier to India after Russia. Military and strategic ties between the two nations extend to intelligence sharing on terrorist groups and joint military training.