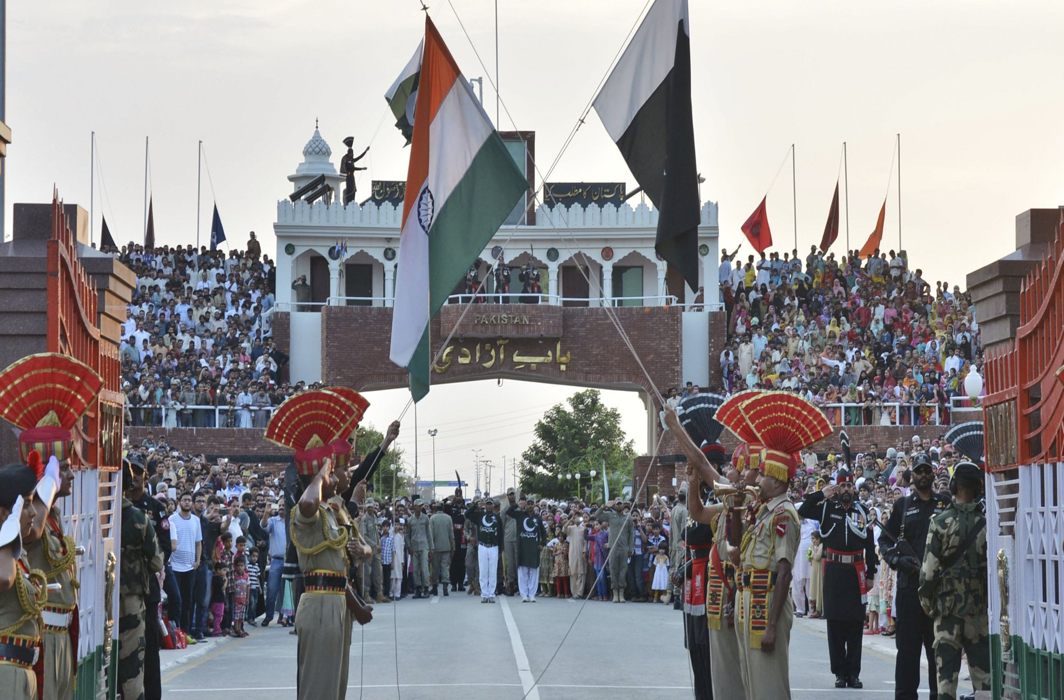 After having long hostile atmosphere India and Pakistan have displayed a thaw in their ties on Tuesday. The Director General of Military Operations (DGMOs) of the two countries have agreed to “fully implement” the ceasefire pact of 2003 in “letter and spirit” to stop cross border firings in Jammu and Kashmir.

The two military commanders reviewed the prevailing situation along the Line of Control (LoC) and International Border (IB) in J&K during a conversation over the hotline at 6 pm, the Indian army said.

Pakistan’s leading Dawn newspaper reports from Islamabad “In a rare positive development, Pakistan and India agreed on Tuesday to restore ceasefire on the Line of control (LoC) and Working Boundary (WB) whose violation has left over 100 dead during the last nearly a year and half on the Pakistani side.”

According to Defense Ministry statement the special hotline contact was initiated by the Pakistani DGMO.

The Indian army said, “Both the DGMOs agreed to fully implement the Ceasefire Understanding of 2003 in letter and spirit forthwith and to ensure that henceforth the ceasefire will not be violated by both sides.”

Meanwhile the Pakistan Army, in a statement, said “both the DGMOs agreed to undertake sincere measures to improve the existing situation to ensure peace and avoidance of hardships to the civilians along the borders.”

The LoC has been witnessing increasing hostilities in the last few months.

The Indian army statement further said, “It was also mutually agreed that in case of any issue, restraint will be exercised and the matter will be resolved through utilisation of existing mechanisms of hotline contacts and Border Flag Meetings at Local Commanders’ Level.”

It said the Indian army DGMO agreed with the proposal to undertake sincere measures to improve the existing situation to ensure peace and avoidance of hardships to the civilians along the borders.

According to Indian defense sources, a total of 908 incidents of ceasefire violations by Pakistan army were reported till today in the current year as against 860 incidents during 2017, defense sources in New Delhi said.

The Pakistani daily observed, “It was unprecedented for both sides to issue almost identical statements on the conversation, which unlike before did not accuse the other of wrongdoing. It could have easily been made a joint statement had it not been for the difference in their terminology like Working Boundary versus International Border and some other minor details that the respective sides decided to put in.”

It further said, “From the timing of the conversation, which was stated by India to be 18:00hrs and the immediate release of press statements afterwards, which normally does not happen and takes at least a few hours, it looked that the agreement had been reached earlier and the two commanders spoke only to formally commit to the understanding.”