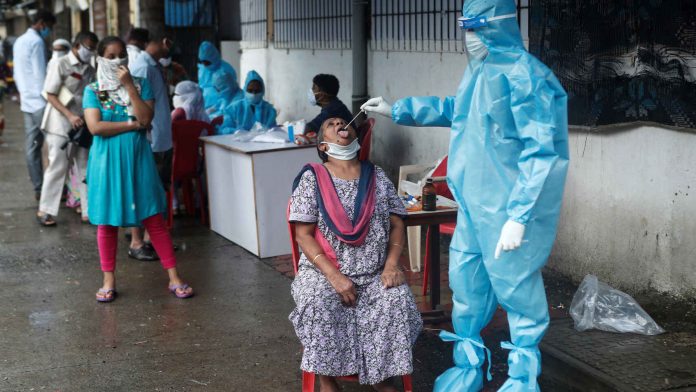 The Union Health Ministry on Tuesday said India recorded 56,211 fresh Covid-19 cases and 271 deaths in the last 24 hours. The country’s active caseload has reached 5,40,720, while 1,13,93,021 recoveries have been recorded so far. Meanwhile, the national capital recorded over 1,900 Covid-19 cases on Monday, the highest in around three-and-a-half months, while the recovery rate rose to 2.77 percent.

Meanwhile, Pune, on the other hand, recorded a drastic drop in the daily count of coronavirus cases on Monday and reported 4,972 new infections, compared to 8,324 a day earlier. The figures were the lowest in Pune in a week, but higher than previous Monday’s count of 4,345.

Union Health Minister Dr. Harsh Vardhan on Tuesday received his second dose of the coronavirus vaccine along with his wife Nutan Goel. The minister reiterated the safety of the shots. Addressing the reporters, Vardhan said after taking the first dose of the vaccine, neither he nor his wife felt any side effects. Both Indian vaccines are safe & effective. A lot of people still have doubts regarding vaccines. He urged people not to believe what is being circulated in WhatsApp university, he added.