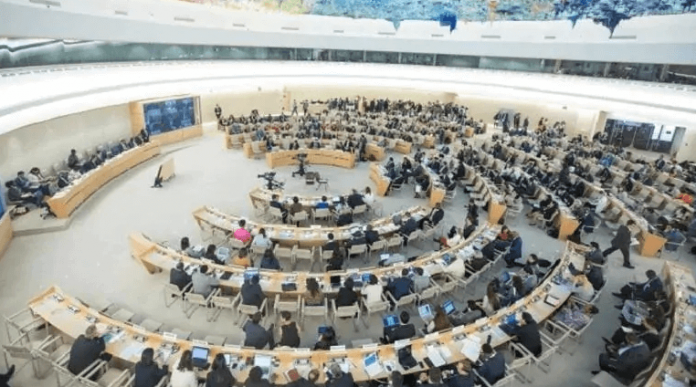 India has slammed Pakistan and highlighted irony as it co-sponsored a resolution in United Nations to safeguard religious sites and promote culture. Referring to the recent demolition of a Hindu temple in Pakistan’s northwestern Khyber Pakhtunkhwa (KP) province, India at the 75th session of the United Nations General Assembly said it is a matter of great irony that the country where the rights of minorities are being emasculated is one of the co-sponsors of the resolution under the agenda item Culture of Peace.

India in its statement on Adoption of Resolution on promoting a culture of peace and tolerance to safeguard religious sites said, the resolution can not be a smokescreen for countries like Pakistan to hide behind and that in world of growing terrorism, radicalization and intolerance, violent extremism, religious sites and cultural heritage sites remain vulnerable to terror acts and destruction.

There are a number of incidents where places of worship have been attacked by extremists, be it destruction of the iconic Bamyan Buddha, terrorist bombing of the Sikh gurudwara in Afghanistan where 25 Sikh worshipers were killed and most recently, in December 2020, a historic Hindu temple was demolished and set on fire by a mob in the town of Karak in Pakistan. It was demolished in 1997 and later reconstructed again in 2015.

The situation of minorities in Pakistan has been deteriorating day by day and this is not the first time India had spoken about the issue. In fact, New Delhi has taken up the issue of the abduction of Hindu, Sikh, Christian girls in the country by summoning Pakistani diplomats several times.