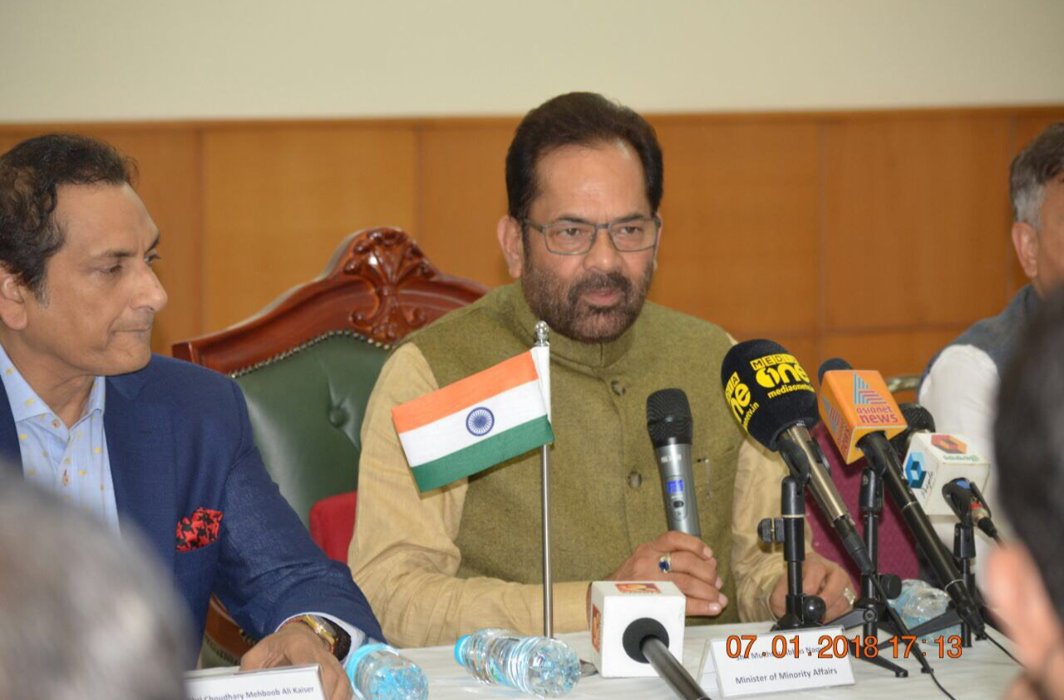 Union Minister Mukhtar Abbas Naqvi has also confirmed that Muslim women in India can now travel for Haj, without a ‘Mehram’ (male guardian).


Signing the annual Haj agreement between India and Saudi Arabia in Mecca, Union Minister Mukhtar Abbas Naqvi on Monday, January 8, said that Saudi Arabia has given its nod to India’s plan to revive the option to send pilgrims via sea route to Jeddah.

In a statement released after the two countries signed the annual bilateral agreement, Naqvi said, “Saudi Arabia has given its nod to revive the option of sending pilgrims by sea route… Officials from both the countries will discuss all the necessary formalities and technicalities so that Haj pilgrimage through sea route can be started in the coming years.”

Stating that the fresh decision to send pilgrims through sea routes would be a “revolutionary, pro-poor, pilgrim-friendly decision, Naqvi said that the travel route by ships will help cut down expenses significantly. While the travel route from Mumbai to Jeddah through waterways existed earlier too, the practice of ferrying pilgrims by ships stopped from 1995.

Saudi Arabia has given green signal for India’s decision to revive option of Haj pilgrimage through sea route also & officials from both countries will discuss on all formalities & technicalities so that Haj through sea route can be re-started in coming yrs. pic.twitter.com/ApTdoqBVTI

In another major announcement, the Union Minister has asserted that Muslim women in the country – for the first time in the history – can travel for Haj, without a ‘Mehram’ (male guardian).

“For the first time, Muslim women from India will go to Haj without ‘Mehram’ (male companion). Separate accommodation and transport has been arranged for these women. Women ‘Haj Assistant’ will be deployed for their assistance,” said Naqvi.

For the first time, Muslim women from India will go to Haj without “Mehram” (male companion). Separate accommodation & transport has been arranged for these women Haj pilgrims in Saudi Arabia and women “Haj Assistant” will be deployed for their assistance. pic.twitter.com/FswUoPdl7D

Earlier on December 31 last year, Prime Minister Narendra Modi – while delivering the year’s last radio address ‘Mann Ki Baat’ – said that Muslim women wanted but could not go to Haj as the rules mentioned that they need to be accompanied by a male guardian.

Stating that Muslim women should be excluded from the lottery system of Haj, Modi said, “It had come to our notice that if a Muslim woman wants to go on Haj, she must have a ‘Mehram’ or a male guardian, otherwise, she cannot travel. It was discriminatory, we have changed this rule and this year around 1300 women applied to go without a male guardian.”