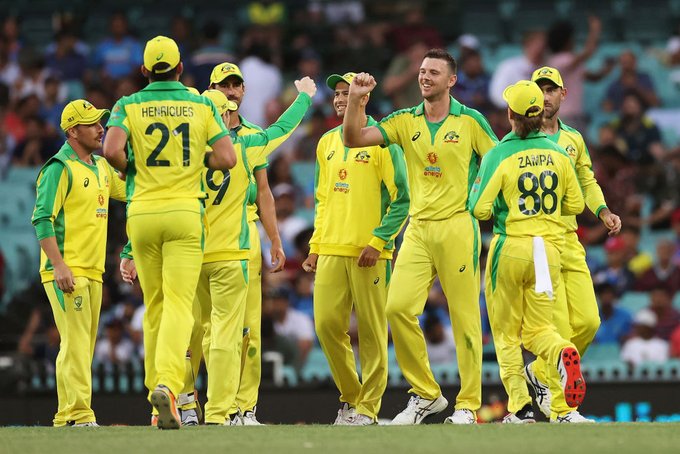 India continued its dismal show in the second One Day International (ODI) against Australia at Sydney Cricket Ground on Sunday losing to the hosts by 51 runs. Earlier in the day, Aussie captain Aaron finch won the toss and elected to bat first. Repeating the heroics of the previous match, the Kangaroos put up a mammoth total of 389 runs in their 50 overs with the help of a fiery innings by Steve Smith who scored 104 runs. Australian batsman David Warner was the second highest scorer of the innings and scored 83 runs. For India, Shami, Bumrah and Pandya picked up one wicket each.

Chasing the target, India got off to a good start with Dhawan and Agarwal putting up a partnership of 58 runs. However, after Dhawan’s departure in the 7th over, Agarwal lost momentum and departed when the score was 60. Captain Virat Kohli was the highest scorer from the Indian side and went on to score 89 runs. However, India could not quite accelerate the run rate and managed to score only 338 runs in their 50 overs. With this victory, the Kangaroos have also sealed the three-match series. Steve Smith was adjudged the Man of the Match for the second consecutive game on the back of his masterclass century.

India had lost the first one day by 66 runs. The last match of the series will be played on December 2 at Manuka Oval, Canberra where Kohli’s boys will be playing to salvage their pride. India’s biggest headache has been its bowling department, which has leaked a lot of runs in the two matches and has been unable to pick up wickets at regular intervals.

India will be playing a T20 series and a Test series as well on their two-month long tour to Australia.