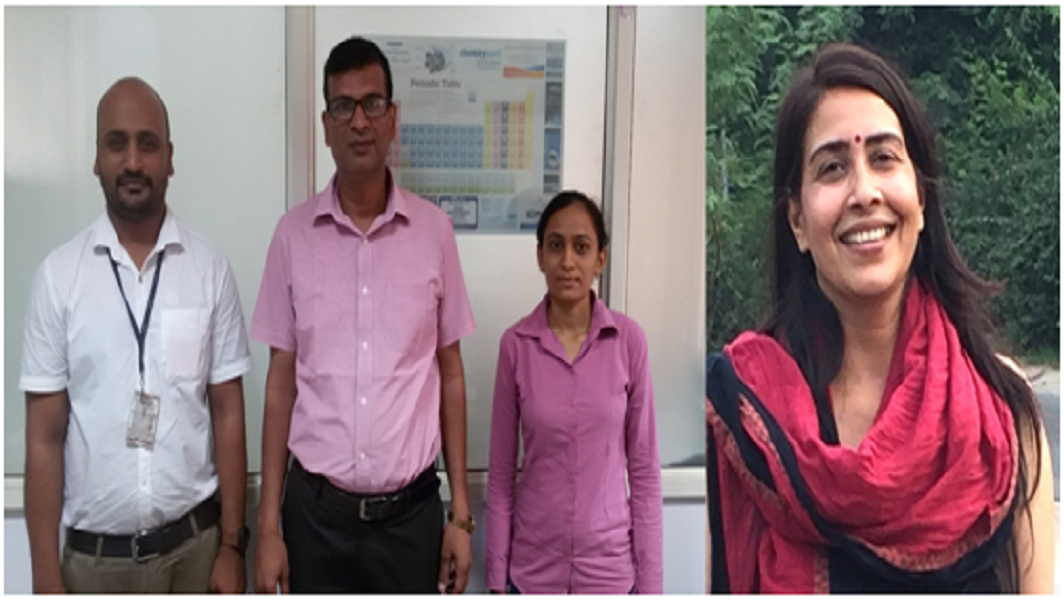 Indian scientists have come up with a new combination of polymers that can be used as a hydrogel to make the process of wound healing faster.

The main advantage of the new hydrogel is that mixing of the two polymers causes rapid gelation at the body temperature of 37 degrees Celsius itself and at the same time does not generate much heat. Generation of heat during the gelling process can lead to tissue death in the area surrounding the injection site. This will be avoided.

Speaking to the India Science Wire, Suresh Kumar Jewrajka of CSIR-Central Salt and Marine Chemicals Research Institute (CSMCRI) at Bhavnagar, Gujarat, who is one of the researchers involved in the development said, “The new hydrogel also leaves no byproduct. Hence, it is biocompatible. Further, it is biodegradable making it well suited for wound healing and tissue regeneration”.

The combination developed by the scientists consists of a modified version of polyethylene glycoland a reactive block copolymer of poly[(2-dimethylamino)ethyl methacrylate] and poly(N-isopropyl acrylamide). The two compounds react and form a hydrogel in less thanfour minutes.

The results were published in the internationally renowned science journal `Materials Chemistry B`. The journal is brought out by UK’s Royal Society.

The combination is a hydrogel. Hydrogels have a special property of absorbing water and becoming a semisolid gel at body temperature. This helps to maintain it in a liquid state in the vial and solidifying into a gel when applied on a wound or injecting near the site of an injury.

In a few minutes, the liquid becomes a gel that aggregates platelets and prevent loss of blood. This aids wound closure. It also has the ability to incorporate antibiotics and provides sustained release of the drug at the injury site.

Other scientists who contributed to the study were Arvind Singh Chandel and Nutan Bhingradiafrom CSMCRI, and Shailja Singh and Deepika Kannan from Shiv Nadar University, Uttar Pradesh.

They are now taking the research forward by testing it on mice. “We need to do extensive experiments to test its utility in clinical applications. Our future work will also deal with making elastic and crystalline hydrogels for tissue regeneration”, the scientists told India Science Wire. (India Science Wire)