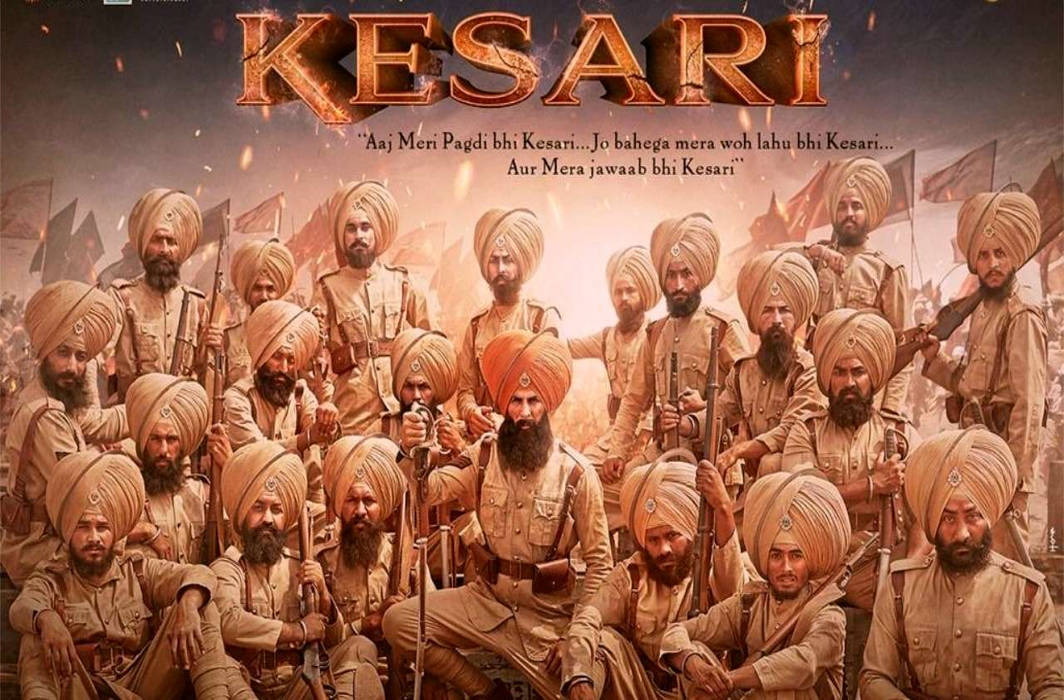 ‘Khiladi of Bollywod’ aka Akshay Kumar, who is portraying Havildar Ishar Singh in Kesari- a film which revolves around ‘battle of Saragarhi’ has urged the youth to watch the film as he feels the heroic tale has got lost in the pages of history books.

At an event on Friday (March 15), Akshay said “It is sad that though the British celebrate Saragarhi Day, remembering the martyrs of the war, but we Indian do not know much about it. It is sad that how an incident like this has got lost in the pages of history.”

“It is hard to imagine how 21 Sikh Soldiers stood strong inside a Fort, knowing that 10,000 Afghan soldiers were waiting outside to kill them. Knowing that death is inevitable and continuing the fight requires a lot of bravery. That war was a pure example of that. They fought for our country, for our honour,” said Akshay.

“So, I would like to urge all the parents to show the film to their children. Our youngsters should know about our war heroes. This is also an educational film. It is a true incident and based on real characters,” he added.

Apart from Akshay Kumar,  Parineeti Chopra is also a part of the Anurag Singh directorial which is produced under Dharma Productions.

The action-packed movie is scheduled to hit the theatres on March 21.

Despite Covid guard, multiplexes back to business in India, Hollywood movies to hit screens, Hindi cinema to wait