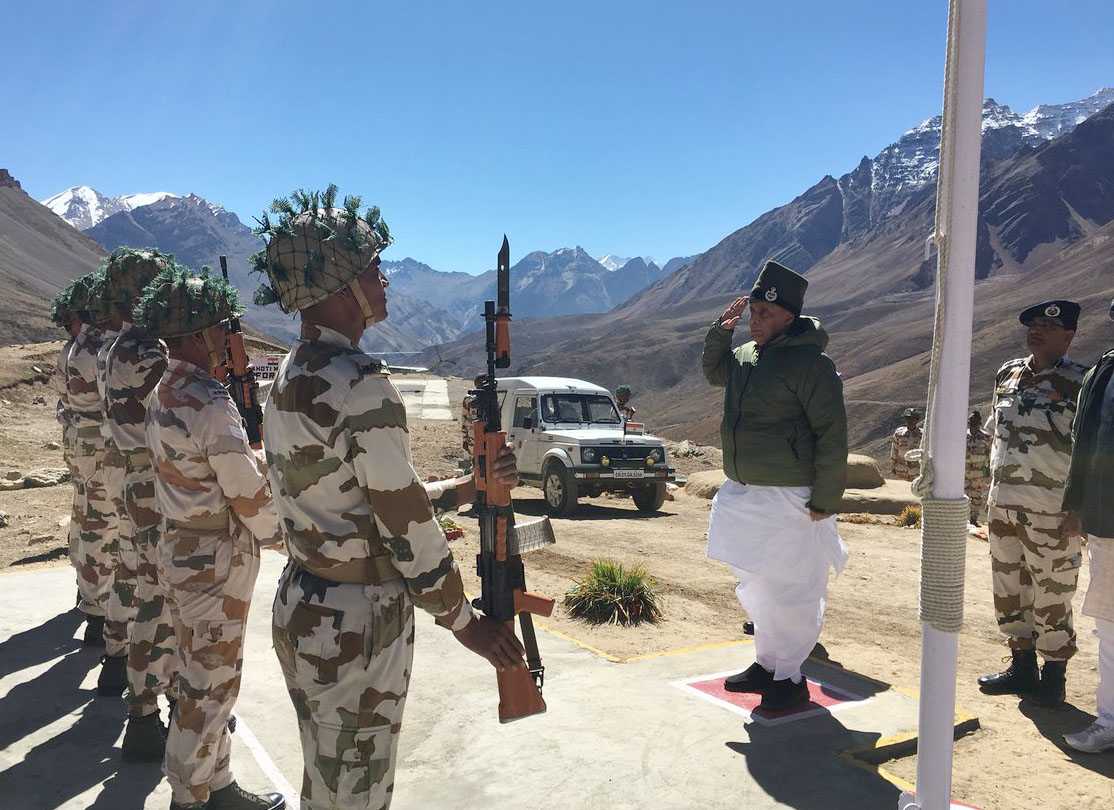 Union home minister, while on his Uttarakhand visit, urges ITBP to ensure that citizens living in border villages don’t migrate to bigger towns

The issue of Indians living in remote villages of Uttarakhand that lie along the border with China migrating to bigger towns and cities in search of a better and safer livelihood could put India’s security at risk by providing Chinese troops to infiltrate into India without getting noticed. This was an observation made by Union home minister Rajnath Singh, on Saturday, as he visited remote areas of Uttarakhand as part of his four-day official tour of the hill state.

Singh termed Indian citizens living along the China border as “strategic assets” and directed the frontier guarding force – Indo-Tibetan Border Police (ITBP) – to ensure that these villagers did not migrate to other places as this would put India’s security at risk.

Addressing locals and ITBP troops at the 1st battalion camp in Uttarakhand’s Joshimath town, the Union home minister stressed on the need to give Indians living in border villages more importance while saying that these people “should not migrate at any cost”. Singh added: “The day they will migrate… that will not be good for our border security.”

Singh said that Prime Minister Narendra Modi has directed that “special attention should be given to the well-being of the people living on the borders” as he requested the ITBP to “make friends with the local population in the area of their border deployment.”

Directing the frontier guarding troops to “hold special camps to help the locals and assist them in redressing their problems”, the home minister said he would ensure that adequate funds are allotted for the Border Area Development Programme (BADP) and urged the ITBP to carry out the programme every couple of months.

Singh also travelled to the high-altitude border out posts (BoPs) of the ITBP in Lapthal and Rimkhim by helicopter. This was the first time a Union home minister has visited the Lapthal BoP.