Home Latest world news Most international migrants are from India, no. of migrants into India declined... 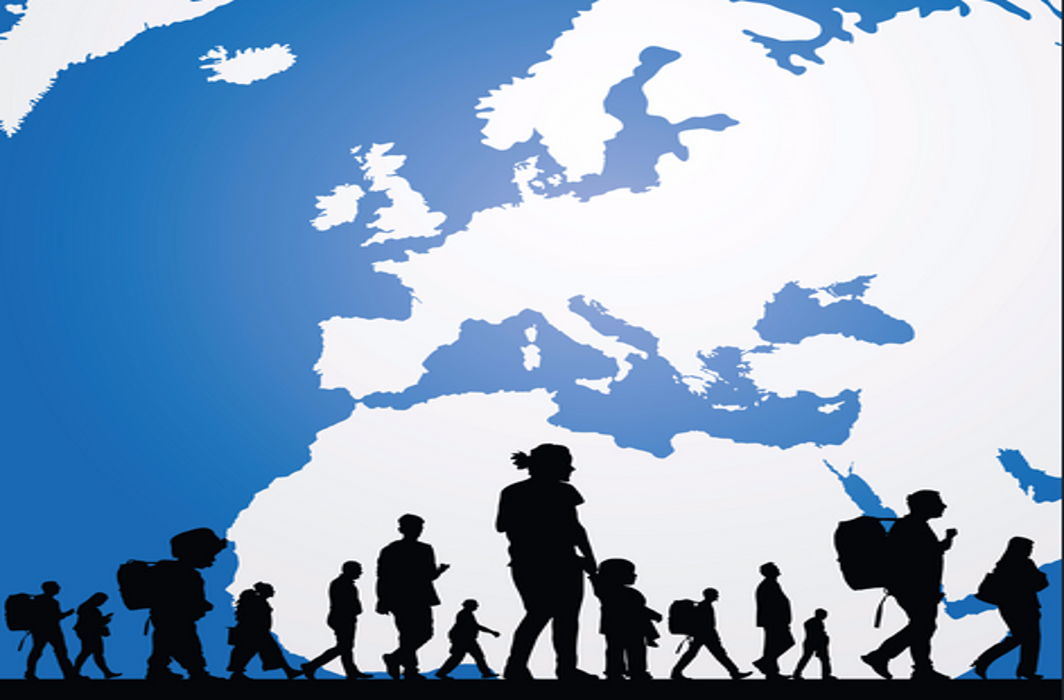 According to the International Migrant Stock 2019, a dataset released by the Population Division of the UN Department of Economic and Social Affairs (DESA) today – Wednesday, September 18 – India was the leading country of origin of international migrants in 2019 with a 17.5 million strong diaspora.

The number of migrants globally reached an estimated 272 million, 51 million more migrants in the world in 2019 than in 2010, a 23 per cent increase. It said migrants account for 3.5 per cent of the world’s population today, compared with 2.8 per cent in 2000.

The estimates are based on official national statistics on the foreign-born or the foreign population obtained from population censuses, population registers or nationally representative surveys.

The graph from the report also indicates that the outflow from India rose suddenly after 2005. 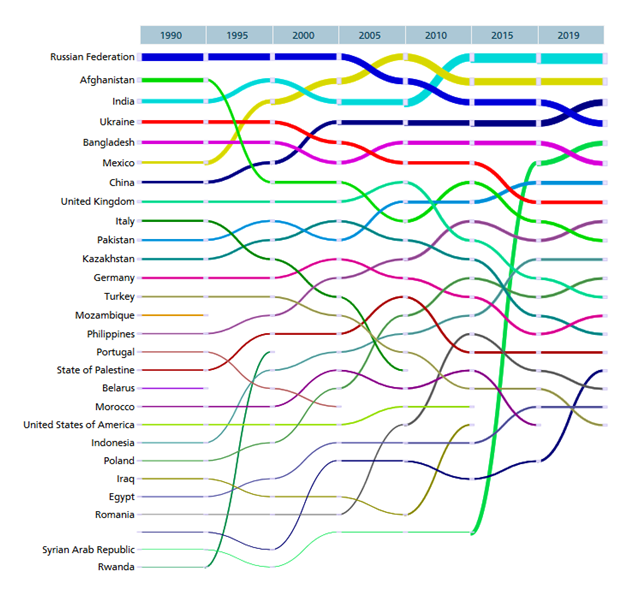 No. of migrants and refugees in India

The highest number of international migrants in India were from Bangladesh, Pakistan and Nepal. 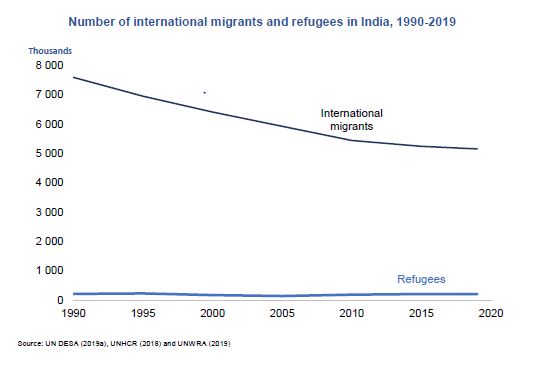 Regions and countries hosting largest no. of migrants

Countries hosting largest no. of migrants 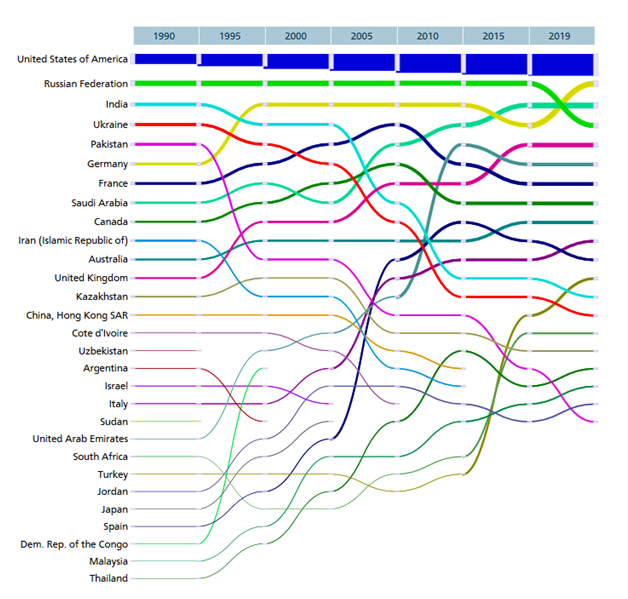 The share of international migrants in total population varies considerably across geographic regions with the highest proportions recorded in Oceania (including Australia and New Zealand) (21.2%) and Northern America (16.0%) and the lowest in Latin America and the Caribbean (1.8%), Central and Southern Asia (1.0%) and Eastern and South-Eastern Asia (0.8%).

A majority of international migrants in sub-Saharan Africa (89%), Eastern and South-Eastern Asia (83%), Latin America and the Caribbean (73%), and Central and Southern Asia (63%) originated from the region in which they reside.

By contrast, most of the international migrants that lived in Northern America (98%), Oceania (88%) and Northern Africa and Western Asia (59%) were born outside their region of residence. 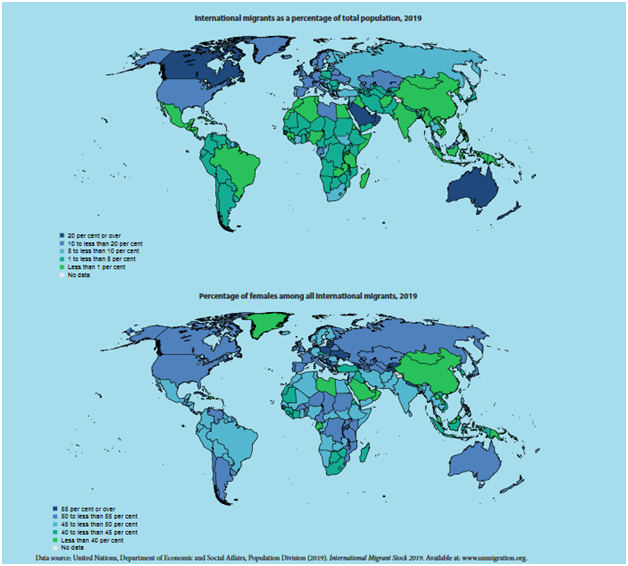 The report added that forced displacements across international borders continues to rise.

Between 2010 and 2017, the global number of refugees and asylum seekers increased by about 13 million, accounting for close to a quarter of the increase in the number of all international migrants.

Northern Africa and Western Asia hosted around 46% of the global number of refugees and asylum seekers, followed by sub-Saharan Africa (21%).

Turning to the gender composition, women comprise slightly less than half of all international migrants in 2019.

The share of migrant women was highest in Northern America (52%) and Europe (51%), and lowest in sub-Saharan Africa (47%) and Northern Africa and Western Asia (36%).

In terms of age, one out of every seven international migrants is below the age of 20 years.

The link between migration and development is “very well established,” Director for DESA’s Population Division, John Wilmoth told reporters at the UN, echoing the message from the Department’s Under-Secretary General ahead of the report release.

The data “are critical”, Llu Zhenmin said, “for understanding the important role of migrants and migration in the development of both countries of origin and destination.”

“Facilitating orderly, safe, regular and responsible migration and mobility of people will contribute much to achieving the Sustainable development Goals,” he urged.

The United Nations is committed to supporting safe migration, through international agreements to safeguard refugees and people on the move at large, said a statement from the organisation. The Global Compact on Refugees, and Global Compact for Safe, Orderly and Regular Migration, were adopted in December of last year.