IPL Phase 2 set to begin, top 4 teams have reason to be happy 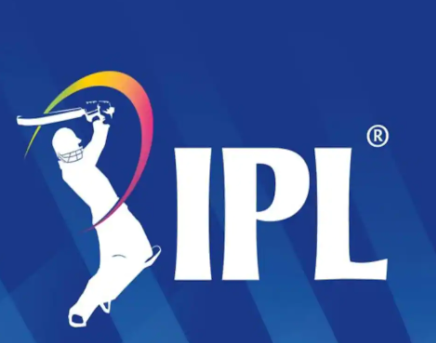 The Indian Premier League was suspended earlier this year due to the surge in Covid-19 cases among players and support staff. The much-awaited second leg will begin in UAE and Oman from September 19.

There were always dark clouds over IPL from the beginning of this year but somehow the BCCI has managed to evade the concerns.

It was never suggested that it would be safe to conduct a big event like IPL amid the corona pandemic. However, fans across the world are eagerly waiting for the biggest money-making league in the field of cricket.

Before the suspension, 29 matches were played in the first phase with each team playing at least 7 games each.

Delhi Capitals, Chennai Super Kings, Royal Challengers Bangalore and Mumbai Indians have finished in the top four while Punjab Kings, Sunrisers Hyderabad, Rajasthan Royals and Kolkata Knight Riders finished in the bottom half of the table.

Delhi Capitals
Last year’s runner-up, has managed a good run in this season so far. Rishabh Pant-led DC has won 6 matches out of 8 with 12 points and is currently the table topper.
Meanwhile, Chris Woakes has withdrawn from the remaining season but that would not impact the table-toppers as he wasn’t the preferred choice in their playing 11.

Chennai Super Kings
Currently second on the points table with 5  wins in 7 matches, CSK has always been a consistent performer in the league. The MS Dhoni-led side has been questioned before the start of the tournament over their not-so-young players but the team has shut down the criticism with performances. With probably the last season as a player for MSD, CSK would like to bid adieu to Thalaiva with the trophy.

Royal Challengers Bangalore
Virat Kohli’s RCB has always been a fancy team with not so attractive results. But this time, they have managed to seal one of the top spots so far. With 5 wins out of 7 matches, RCB has bagged the third spot with 10 points. RCB fans also known as the “Orange Army” must be eyeing some wonders this year.

Mumbai Indians
Defending champions Mumbai Indians are currently fourth on the points table with 5  wins in 7 matches. No matter how they start, this team has always escaped the opposition by the thinnest margins. The Rohit Sharma-led MI has had a good run in this season as well and are one of the top contenders for the title. With an unchanged squad and all the players, MI will resume their campaign with 8 points.

With Jonny Bairstow, David Malan, Chris Woakes joining Jos Butler in pulling out of the IPL, the tournament is still far from over.

CSK and MI will lock horns in the first match of the second phase of IPL 2021 on September 19.

Despite no Indian players in the 11-member squad, 2 Australian players - Mitchell Marsh and Josh Hazlewood and 3 Pakistani players - Babar, Mohammad Rizwan, and Shaheen Shah Afridi, have been included in the squad.
Read more
Latest india news

Sania Mirza to retire from tennis from THIS date, here’s why

Sania Mirza has recently made an announcement about her retirement from Tennis. She announced that after the current season, she will retire from the sport. She also said that there are multiple factors that led to her decision.
Read more
Cricket news

Ahead of the series opener at the Boland Park in Paarl, KL Rahul said Iyer, who burst onto the scene with a breakthrough season for the Kolkata Knight Riders in IPL 2021's Dubai leg, is being looked at as a sixth bowler.
Read more