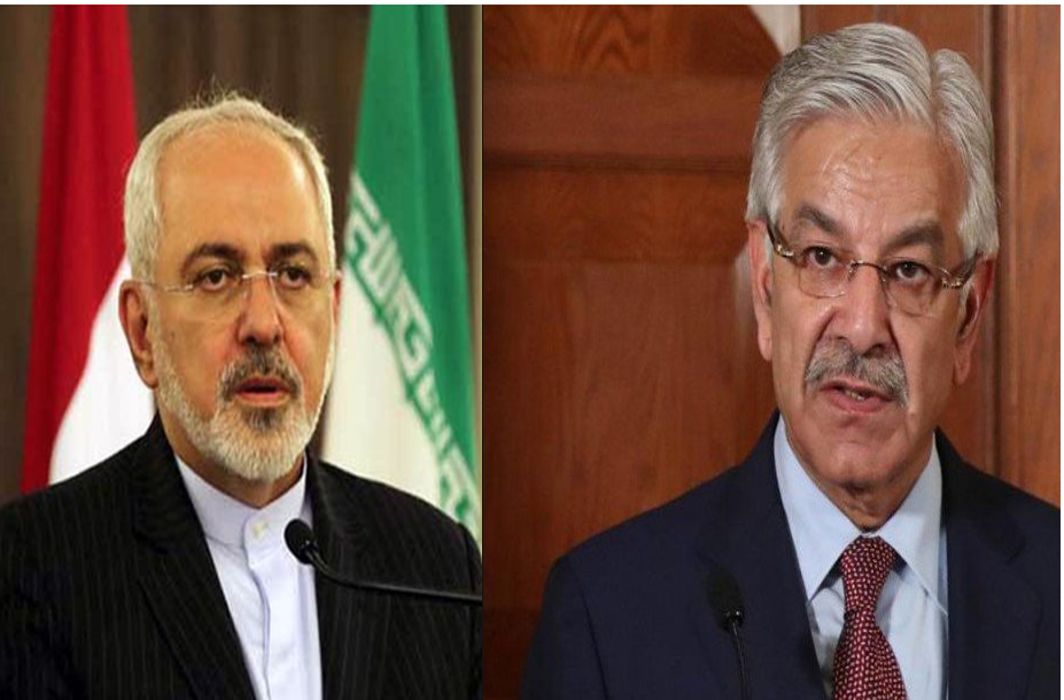 In its efforts to maintain balance in friendly ties with India and Pakistan, Iran has, on Monday, invited Islamabad to participate in Chabahar sea-port and development of its link with Gawadar port and sought to alley Pakistan’s concern over Indian involvement in the Iranian port.

According to Dawn, Iranian Foreign Minister Dr Javad Zarif, who is on a three-day visit to Pakistan and held meetings with Prime Minister Shahid Khaqan Abbasi and his counterpart Khwaja Asif, invited Pakistan to this effect. He is accompanied with a large trade delegation from Iran.

While delivering a lecture at Institute of Strategic Studies Islamabad (ISSI) Zarif said, “We offered to participate in the China-Pakistan Economic Corridor (CPEC). We have also offered Pakistan and China to participate in Chahbahar.” The lecture was held to commemorate 70th anniversary of diplomatic relations between the two countries.

Dawn observed, “Pakistan had always been concerned about Indian involvement in Chahbahar port. These concerns got amplified after Iran last month signed a lease agreement with India, which would give operational control of the port to the latter”.

Meanwhile, Associated Press of Pakistan (APP), the official news agency said that Prime Minister has said that the two countries should work together and make their utmost efforts for enhancing the bilateral trade to $5bn by 2021.He reaffirmed Pakistan’s desire to enhance mutually beneficial economic cooperation and expressed desire to resolve issues in implementation of Iran-Pakistan pipeline project.

Abbasi said that Pakistan was working towards realising its vision of a peaceful and inter-connected region for shared progress and prosperity. “We believe that a peaceful and stable Afghanistan is vital for economic progress of the region and Pakistan and Iran as the two neighboring countries can make important contribution for achieving this objective,” he remarked.

Dawn reports that PM Abbasi thanked the Iranian leadership for their “steadfast support to the principled struggle of Kashmiris”. This was in obvious reference with Iran’s Supreme Leader Ayatollah Khamenei’s statement in June last year when he clubbed the situation in Bahrain, Kashmir and Yemen saying that the Muslim world must “express their disdain against the oppressors”.

The Iranian foreign minister appreciated the increasing high-level interaction between the two countries and Islamabad’s efforts for strengthening border management.

Iranian Foreign Minister Zarif said that Tehran’s relations with New Delhi are not against Islamabad. He emphasized that both Gwadar and Chahbahar were important projects for development of deprived Eastern and South-eastern Iran and South Western Pakistan and said that both needed to be linked through sea and land routes for effecting their complementarities.

Zarif clearly said, “We are taking measures to do that and there is an open invitation to Pakistan to participate in that.” He further clarified that Chahbahar port project was not meant to “encircle Pakistan … strangulate anybody”. He twice said Iran would not allow anybody to hurt Pakistan from its territory much like Pakistan would not allow its soil to be used against Iran.

The gas pipeline was originally proposed to originate from Iran and supply gas to Pakistan and India under Iran-Pakistan-India (IPI) project. India had expressed concern over the security of the pipeline passing through Pakistan following US pressure to desist from realizing the dream project.

Iran had called the project as “peace pipeline” and assured the safe delivery of the gas at India-Pakistan border connecting Sind-Rajasthan provinces. Later, Pakistan has also not built the required pipeline in its territory. However, Iran has completed the laying of the pipeline till its border with Pakistan.

Former US Secretary of State Condoleezza Rice had threatened that Washington would consider the implementation of IPI gas pipeline project as if Tehran’s alleged nuclear program was being promoted by the partner countries.

In April 2017, the State Bank of Pakistan had signed a Banking and Payment Arrangement (BPA) with Iran’s central bank, Bank Markazi Jomhouri Islami Iran (BMJII) for providing a trade settlement mechanism to promote bilateral trade.  But due to lack of interest or obvious pressure this arrangement could not be implemented.

Dawn further reports that similarly, there is a consensus that IP gas project is beneficial for Pakistan’s economy, but still it is frozen on the Pakistani end due to external and internal factors.

Meanwhile the statement issued by the foreign office after meeting between the two foreign ministers said: “The two sides agreed to continue engagement for enhancing economic cooperation, including bilateral trade, investments and commercial interaction to promote shared prosperity … addressing tariff and non-tariff barriers” in addition to concluding FTA on priority.

“The Foreign Ministers underlined that as two brotherly neighboring countries Iran and Pakistan would deepen connectivity between the two sister ports of Gawadar and Chahbahar to benefit from their complementarities,” the statement added.