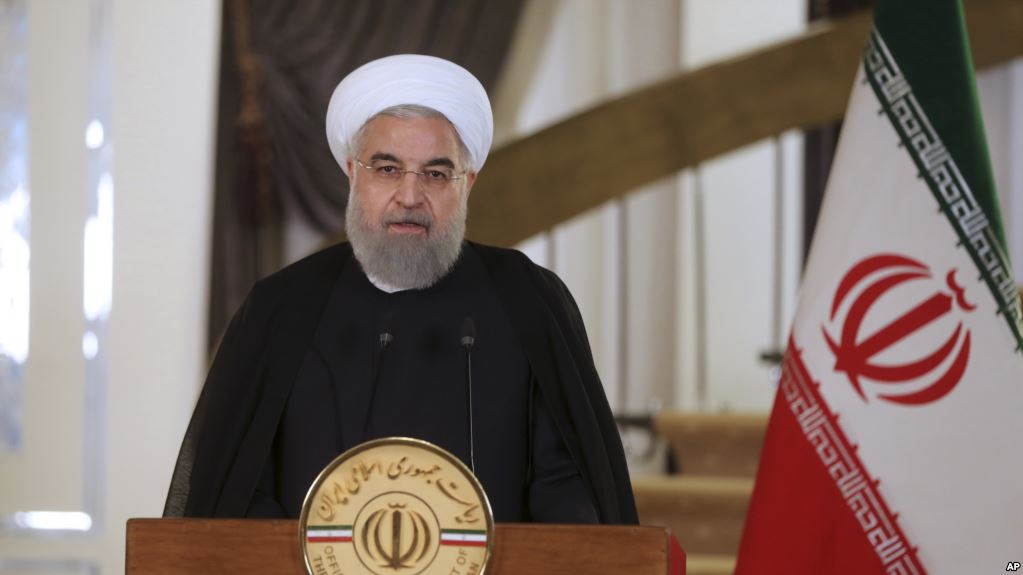 In a major breakthrough, Iranian President Hassan Rouhani has conveyed his country’s readiness to restore ties with Saudi Arabia if it stops bombing on helpless people of Yemen and severe its alleged ties with Israel.

Ties between the two countries were severed by Riyadh immediately after violent protests in front of its missions in Tehran and Mashhad in January 2016 in response to the execution of Ayatollah Baqar al-Nimr, considered to be a Shiite dissident leader by Saudi authorities.

In a televised address on Sunday, President Hassan Rouhani said that Iran and Saudi Arabia could have “good relations” if the Saudis end their “misguided friendship” with Israel and halt the “inhuman bombardment” of Yemen.

According to Iranian media Rouhani said, “If Saudi Arabia, our neighbouring country, stops bombing Yemen from tomorrow and stand up against Israel and relies on its own people, we do not see any barriers in front of improving our relations with them.”

“We are not like America that has broken its promises so far in the nuclear deal. When we sign an agreement, we will remain loyal to it and keep our promises,” he said.

Talking about the possible US withdrawal from nuclear deal, Iranian leader said, “we are Muslim and Iranian, and we have a long and old culture, we are not the one who violates the nuclear agreement. In case the other side does this, we will have our own options.”

While concluding his speech the Iranian leader said, “Palestine has been and will remain our cause, and the United States and the Zionist regime will not succeed in their recent conspiracy, and God willing, the Islamic nations will liberate al-Quds soon.”

Recently Riyadh had alleged Iran for supplying missiles to Houthi Ansarullah group of Yemen who fired a long range missile hitting Riyadh royal airport. Saudi authorities claimed of intercepting the missile before its target while Houthi say it had successfully hit the landmark airport.

Jerusalem is called Al-Quds because of the historic Al-Aqsa mosque in the city. This is considered to be the third most sacred Islamic site after Mekkah and Madina in Saudi Arabia.

Saudi Arabia is the closest US ally which had hosted over 50 heads of Arab and Muslim countries for a meeting with US President Donald Trump, during his first overseas trip. Recent reports have also indicated Saudi Crown Prince Mohammed bin Salman had secretly visited Israel. Palestinian President Mehmoud Abbas was also hurriedly called to Riyadh last month when Crown Prince had asked to sign the US sponsored peace treaty with Israel. Abbas was offered to establish capital of proposed independent Palestine in Abu Dis village out of Jerusalem.

In the present scenario, Saudi Arabia is leading the US allies in the Arab countries having secret ties with Israel, while Iran is leading anti-US leagues of nations in the region. Iran has recently helped Iraq and Syria in destroying Daesh (IS) terrorists.