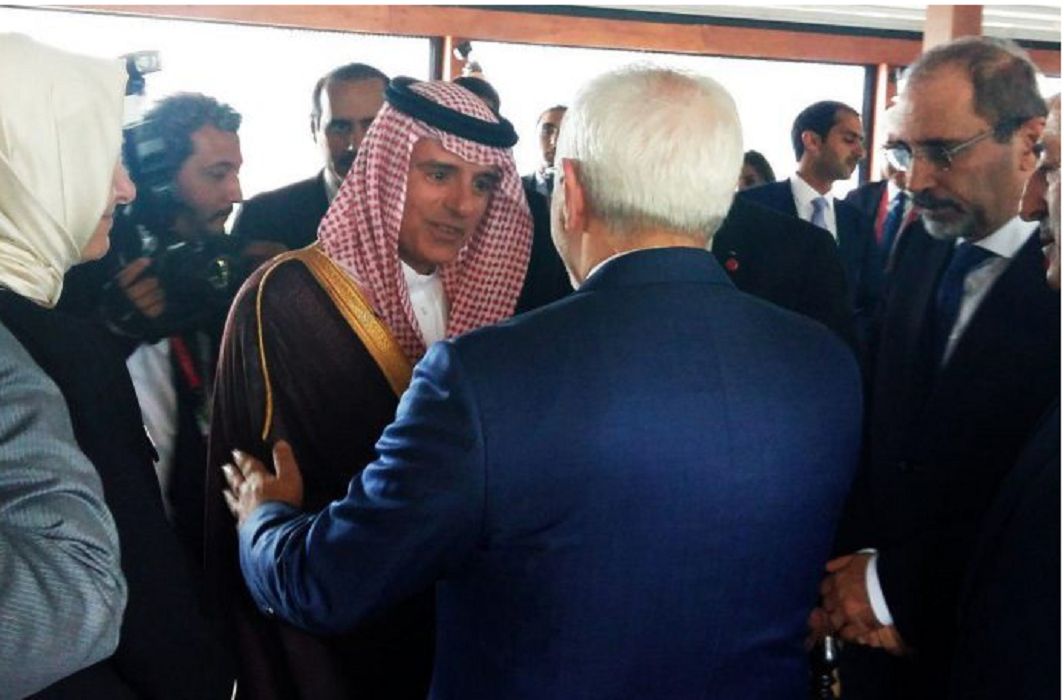 The conflict between Saudi Arabia and Iran was witnessed at Munich Security Conference on Sunday when their foreign ministers pressed their opinion in front of representatives of large number of countries.

Iranian foreign minister Mohammed Javad Zarif deflected accusations by Saudi Arabia and Israel that it was destabilising the Middle East, calling the two “US client states” who were trying to gloss over their “poor choices” and “strategic blunders”.

Jubeir said “problems in the Middle East began” with the Iranian revolution of 1979, which he said “unleashed sectarianism” in the region. The events of 1979 led to the establishment of Hezbollah, which is “the world’s most dangerous terrorist organisation”, Jubeir said.

The Saudi Arabia’s foreign minister also condemned Iran for arming Yemen’s Ansarullah Houthis. Tehran has repeatedly denied its involvement in Yemen. Jubeir said,  “We didn’t attack Iran. Iran is the one that is attacking us. Iran has started to undermine Lebanon, Syria, Iraq, Bahrain, Yemen, Pakistan, Afghanistan, including countries in Africa.”

Jubeir called for “fundamental change in the Iranian regime” after Netanyahu labelled Iran as “the greatest threat to the world” and accused it of trying to impose an “empire” across the Middle East.

Mohammed Javad Zarif, Iran’s foreign minister, while speaking on the occasion said that criticism of his country’s policies in the Middle East had become “obsessive” and denied attempts to become a “hegemon.”

He said, “The US and its local clients in our region are suffering from the consequences of their own wrong choices. But they use this and other fora to revive the hysteria on Iran’s foreign policy and try to obscure its realities.”

Zarif’s list of such “poor choices” included backing US support for former Iraqi leader Saddam Hussein in the 1980s, the US invasion of Iraq to remove Hussein in 2003, the Israeli occupation of Palestine, and the Saudi-led bombing of Yemen.

The war of words between Israel and Iran came at time when Israel launched “large scale” raids against Iranian targets inside Syria on February 10, after accusing Tehran of sending an unmanned drone into its airspace from Syria.

Israel has expressed fears that Iran could use Syrian territory to stage attacks or transfer weapons to the Lebanese group, Hezbollah. Iran began supporting Syrian government in its fight against terror groups including Daesh (IS) and other opposition groups in 2015.